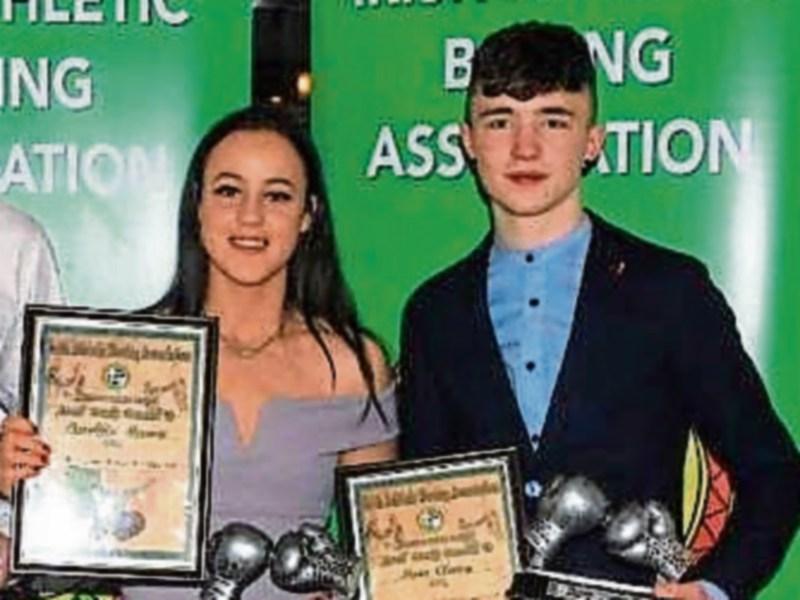 Glenade’s Déarbhla Rooney and Sligo’s Dean Clancy were both honoured on foot of their extraordinary international achievements in 2018 while Sligo boxer Paddy Myres also received an award.

2018 Leitrim Sport Star of the Year Déarbhla Rooney received her award on foot of her silver medal winning performance at the European Youth Championships in Italy before going on to win Ireland’s only boxing medal at the Youth Olympic Games in Argentina.

The eight time Irish champion, who also fought in the World Championships in Budapest, will be stepping up to Senior level over the next 12 months.

Dean Clancy recently completed his switch to Sean McDermott Boxing Club where his father Jason learned his trade. The 17-year-old six-time Irish champion won a silver medal at the European Championships in Italy and went on to fight with distinction at both the World Championships and Youth Olympic Games.