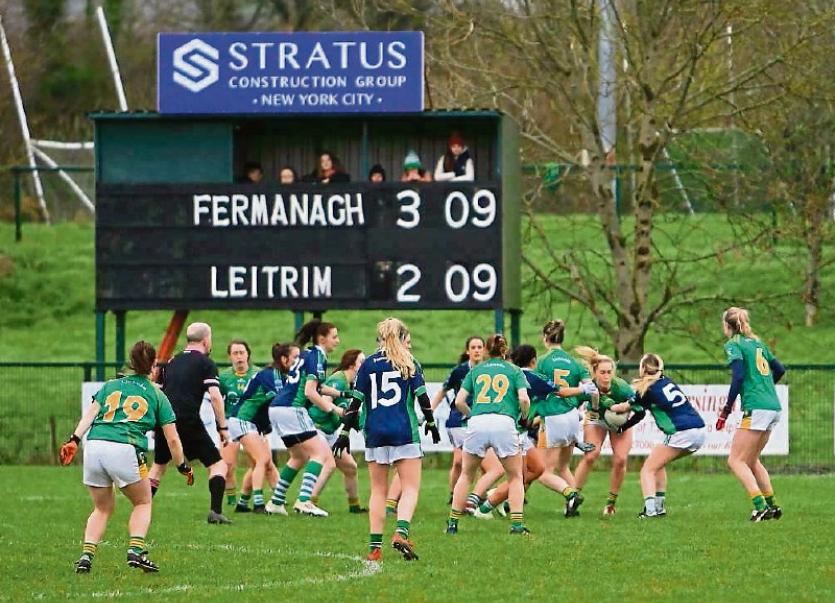 There might be three games left in the Lidl Ladies NFL Division 4 campaign but Leitrim are fast approaching the last chance saloon if they want to reach this year's semi-finals and promotion back to Division 3.

Leitrim host unbeaten Carlow in their final home game of the campaign next Sunday, venue yet to be confirmed although the LGFA website have the game down for Cloone at 2pm on St. Patrick's Day.

Leitrim currently lie three points off the semi-final places but have lost to three of the five teams above them with only Derry and Kilkenny below. They face an unbeaten Carlow next Sunday and desperately need a win to stay in touch with the likes of Antrim, Fermanagh, Limerick and Louth.

With away games to come against Kilkenny (March 24) and Limerick (April 7), Gavin Cawley's side will need other teams to drop points if they are to make a push for semi-finals.

Leitrim are likely to pick up points from Kilkenny but Fermanagh & Limerick, two teams on six points, also have to play the Cats meaning that the game against Carlow this Sunday in Cloone assumes huge importance for Leitrim's league prospects.