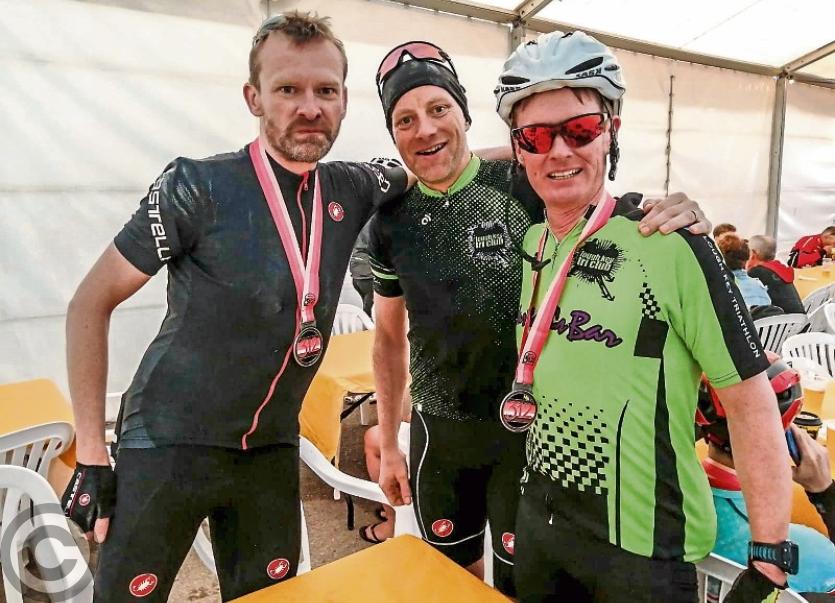 On Saturday last a small group from Lough Key Triathlon Club took on one of the worlds toughest amateur cycling sportives when they travelled to the Spanish island of Mallorca for the Mallorca 312.

The event is one of the world’s most popular and hardest amateur cycling events on an island well-known for its excellent cycling routes. 9,000 cyclists took part including the legendary Alberto Contador and former pro cyclists such as Sean Kelly, Miguel Indurain & Ivan Basso.

There were three different distances on the day with Kenny Murtagh, Fergal O'Dowd and Aidan Fallon taking on and finishing the full 312km course which included almost 5,000m of climbing through the Sierra de Tramuntana mountains.

They completed the gruelling course in just over 12 hours with the event starting at 7am and temperatures throughout the day hitting a tough 25 degrees.

Congratulations to all on a wonderful achievement.

Sixth in the World for Niall

Dunboyne’s Niall Cornyn finished a remarkable sixth in the Elite U23 race at the World Duathlon championships in Spain last Saturday.

Niall, son of Ballinaglera's Michael Cornyn (see this week’s My Leitrim Life), produced a superb overall display of running and biking to finish well inside the top 10 in the world at the event in Pontravedra Spain.

Competing with the Elite Duathlon Senior men’s race, Niall took on a 10k run, a 40k bike ride followed by a second 5k run. Niall was up with the leaders over the 10Km and turned in an incredible time of 31 mins 18 seconds, a time that would win most 10Km road races in Ireland.

On the cycle, Niall tried to close the gap on a breakaway group and despite covering the 40km in a time of 62 minutes, it proved to be the difference when it came to the medals as Niall finished sixth in the U23 event and 23rd overall against athletes from Mexico, Japan, Kenya, Jamaica and Australia.