Alannah finishes season as Carrick duo fly out to Norway 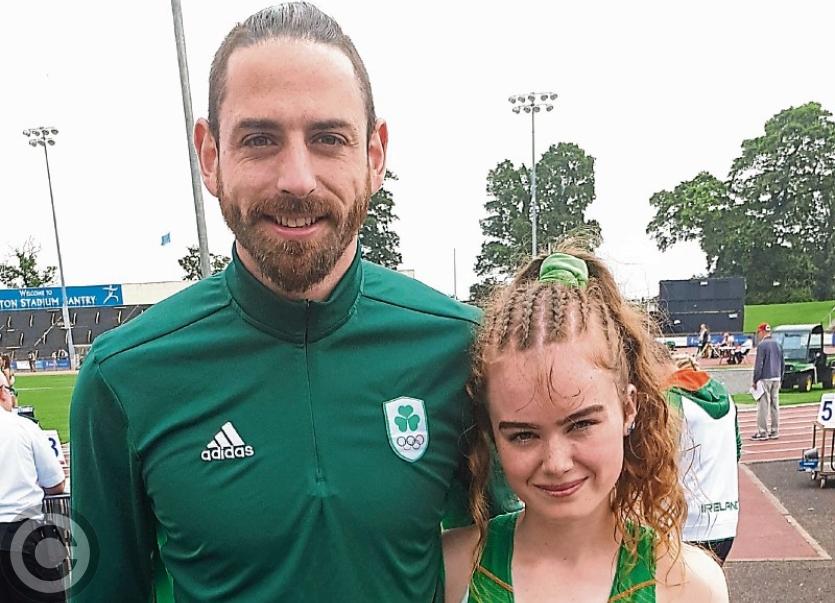 As Alannah McGuinness brought the curtain down on her most successful season ever in the Youth Nations Cup last Saturday, two of her clubmates are getting ready to fly the Irish flag at the European Team Championships First Division in Norway this coming weekend.

Gerard O'Donnell and Eanna Madden are members of the Irish team who will compete in Sandnes outside Stravanger in Norway from Friday to Sunday, August 9 to 11, and they will be competing against some of the world's best athletes.

Gerard will go in the 110m Hurdles after retaining his Irish title in Santry recently while Eanna is a member of a strong Irish 4 x 100m squad that features Commonwealth 200m medalist Leon Reid and World University Games 200m bronze medalist Marcus Lawler.

Their clubmate Alannah McGuinness finished a remarkable season that saw her earn international honours on three occasions as well as four national medals. Alannah was the first leg runner for the Irish team in the new Youths Nations Cup in Santry last Saturday and handed the baton over level with the English team.

Unfortunately for the Irish team, a mishap on the final changeover saw Alannah's team disqualified but the Mohill athlete turned in a strong performance in the individual 100m to finish fourth at the end of a long season.

Drumshanbo AC's Cora Regan turned in a strong performance last weekend when she finished third woman across the line in the popular Streets of Sligo 5K. Unfortunately, no times are to hand after organisers announced that an inadvertent error meant that the entire field ran 400m short of the 5,000m distance.

North Leitrim athletes put in some good performances at the Glenfarne 5 & 10K races last Saturday. Ryan Owen won the 10K event with Darragh Mitchell winning the 5K ahead of Scott Williams while Susanne O'Beirne and Sarah Mulvaney-Kelly finished second and third in the 5K.