It’s about the 'Heart' for Tony & Bernadette McGovern 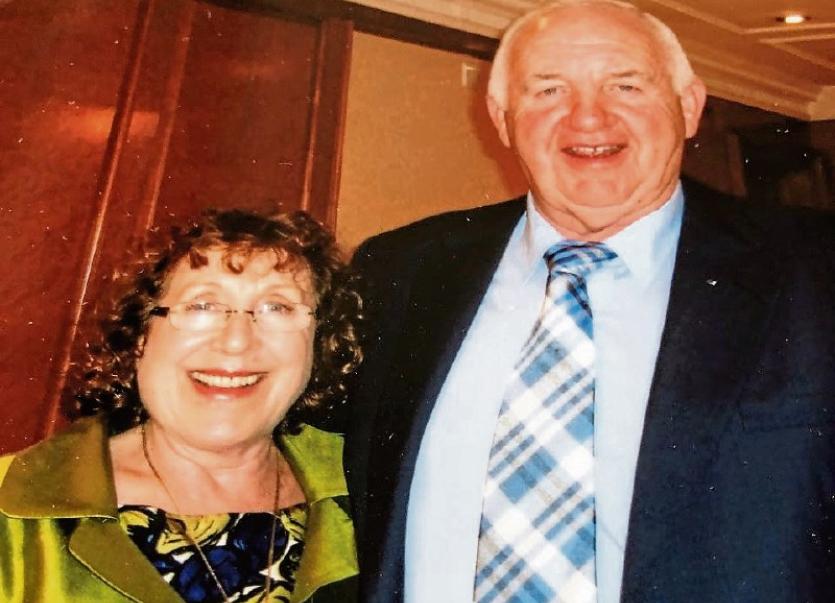 Winston Churchill never sat at a school desk in Corduff School, never stood at a match in Legonomer or Corriga, never danced in Maguire’s Hall in Corroneary or was never at mass in the parish church in Aughavas, but he did have a favourite quotation that sums up Tony and Bernadette McGovern, of Bundarra and London. “We make a living by what we get. We make a life by what we give.”

Churchill was on the ball on that one. Tony and Bernadette, indeed all the McGovern family, have certainly made life better for so many individuals, families, committees, GAA clubs, County Boards, churches and parishes, charity causes and organisations, the homeless, hospices in England and Ireland, people with special needs ….. the list is endless …. by their magnanimous generosity of heart.

American teacher, author and pastor Chip Ingram put it all in a nutshell when he wrote Generosity isn’t an act. It’s a way of life.

As far back as 1890, it was Tony’s grand-uncle, James McGovern of Bundarra, who was chosen as spokesman for the Aughavas Home Rulers, to bid goodbye to the team captain James Carty, who was emigrating to the USA. He told the hundreds of well-wishers that had gathered at the Carty residence that he thanked James Carty for his able and esteemed services as Team Captain and wished God speed to this chivalrous and patriotic Irishman, who was going into exile with his neighbour and friend, John Kilkenny.

All present joined in singing God Save Ireland. As the saying goes, there wasn’t a dry eye in the house.

That is all of 129 years ago, but ever since, the townland of Bundarra is intertwined with the ups and downs of the Aughavas Club, and particularly so through the generations of the McGovern family.

The golden age of the club, in senior championship terms, was the 1940s and 50s and Fr Andy McGovern and his brother Paddy Joe were two of the stalwarts of the green and white. Beating their close neighbours Cloone, who were also on a high at the time, was always a priority, even in a tournament.

When Aughavas came out on top in a Ballinamore tournament in 1951, Cloone maintained they would have won, but for the fact that two of their players had just arrived back from the pilgrimage to Lough Derg on the morning of the game. The Sunday Game pundits scarcely came across that one. Jim Gavin would want his players in the zone, rather than doing the stations in St Patrick’s Purgatory.

When the Aughavas club opened its new pitch in 1978, among the many congrats and good wishes in the booklet’s advertising pages were messages from James and Peggy McGovern of the Goblet Bar on the Malahide Road, Dublin; Peter McGovern Lounge Bars, Drumcondra and from Tony and Bernadette McGovern of McGovern’s Haulage, Dudden Hill Lane, London.

Thirty years on, in July 2008, Aughavas proudly opened the new club facilities featuring top of the range dressing rooms and gym, financed by the McGoverns and dedicated to the memory of their late brother, Paddy Joe.

At that stage the McGoverns were for many years the club’s main sponsors and they were immensely proud in Millennium Year, when the green and white had the logo on their jerseys, when winning the Leitrim Senior Championship after a gap of 34 years. Their annual sponsorship continues right to the present day. Their generosity is certainly a way of life.

Twenty five years ago, in 1994, McGovern Brothers Aughavas was the logo on the Leitrim jerseys going into the Connacht Championship, following on from the previous sponsor and benefactor, Jimmy O’Connor of Jimmy’s of Dromod.

An approach to James had received a delighted yes; over the phone Peter did likewise, as did Tony, who may never have had his name on a team sheet at any level, but was fully behind his club and county.

Then came the fairy-tale of Leitrim becoming Connacht Champions, with Tom Gannon of 1927 helping Declan Darcy hold JJ Nestor aloft; a whirlwind of tours with the cup; receptions and celebrations; the invasion of Croke Park; trips to London and the USA; All Star nominations , with Seamus Quinn taking the full back spot; the team being honoured by Leitrim County Council and named as The Leitrim Guardian Personalities of the year.

Through it all, the McGoverns ensured that the County Board and the team wanted for nothing.

On to 2008/9, when the re-development of Pairc Mac Diarmada was underway, with the magnificent new stand, dressing rooms, tunnels, offices, catering areas, press, radio and TV facilities, media room, conference room, electronic scoreboard, terracing and all the mod cons, Leitrim supporters rallied to the call of “Get on the Team”, by making financial contributions towards the work.

A further call went out in the hope that some generous benefactor might make a major offer for the naming rights of the stand. Up stepped Tony and James McGovern again and, without fuss, we had The McGovern Stand, Ardan Mhic Shamhrain. Tony and James were happy to give and the County Board were very happy to receive.

In the past few years London County Board GAA was busy with the redevelopment of the playing pitch and facilities at their grounds at Ruislip. This work was needed to cater for the ever increasing attendances at the Connacht Championship and Allianz National League home games. The London officials made a call to Tony for financial support, a call that led to the Ruislip ground being named McGovern Park.

And now, in 2019, the final piece of the Leitrim GAA facilities development plan is in place, with the official opening of The Centre of Excellence and The Leitrim Wall at Annaduff. No doubt Uachtarán CLG Sean O Horain will be impressed by the manner in which Leitrim Gaels have again shown their faith in the county’s future by helping to build The Leitrim Wall, their financial contributions being the cement that binds the bricks together.

He will also note, as we all will, that the official name is:

Tony and Bernadette McGovern have been dipping into their pockets again to support Leitrim and to pay handsomely for the naming rights. As ever, there was no haggling, no input from professional PR companies, no intermediaries, just straight talking and friendly banter as the deal was finalised. This time an Anonymous quotation is very apt Generosity isn’t about money, it’s about the heart.