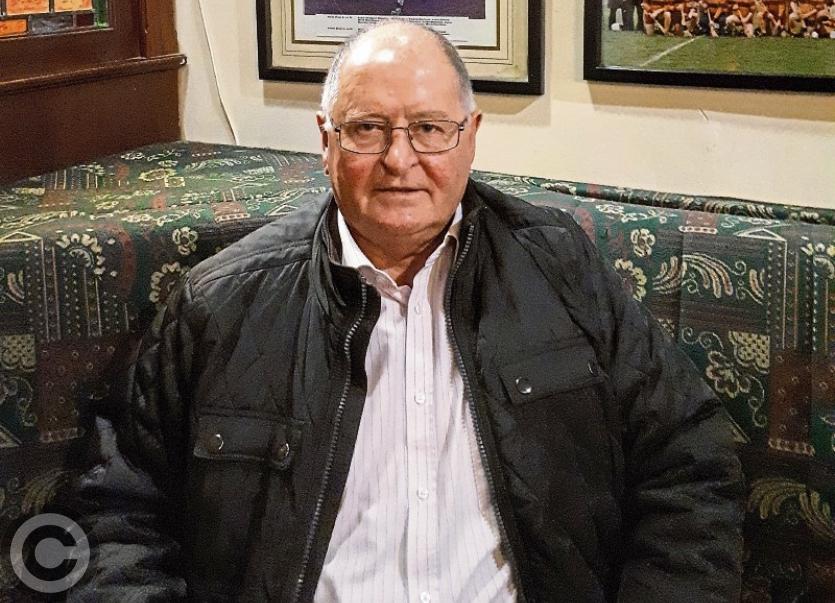 Dublin have it all - facilities, money and all the players in the world along with oodles and oodles of GAA funding driving the Sky Blues to the five-in-a-row and beyond. That's the view of a good portion of the Irish sporting public but Sean Shanley points out that the reality is radically different.

“People don’t realise the challenges, they think that everybody is only five minutes away,” said Sean when asked about the perception that the Dubs have it easy, “You know what it is like to buy a bit of land in Dublin, to get a field developed now is impossible. The City Council have to do more to help.”

Far from playing the poor mouth, Sean is only pointing out the reality of life in the capital: “If anything happens at all on the M50, you can lose an hour because you are stuck on it with some small incident, you can’t turn back.”

With a housing crisis commanding headlines and the welcome explosion in popularity of Ladies football putting further pressure on the pitches that are there, finding space for pitches is fast becoming impossible: “You have to have space for kids to play and it is vital that we hold onto what you have, some clubs are only renting pitches.

“We could do with another 30 or 40 clubs in Dublin to cater for the population but unless you have the fields, there is no point. They were building schools for years with no fields and now we are losing one, Ballyfermot De La Salle and there were two football pitches there and they’ll probably be sold for development. You need them.”

Much of the discussion of Dublin's recent success has been clouded by complaints over the funding the capital receives for its Games Development Officers programme, the Dubs vast population ensuring they are funded considerably better than most counties.

Yet Sean points out that funding is only half the pictures with clubs in Dublin funding half the costs of every Games Development Officer: “It is hard to get it going in a few areas, you can put GPOs into areas but money is no use without the people to back it up.

“ I think the GAA in Dublin is doing well in areas where there is no tradition, parents had no tradition in the GAA but they are learning, the GDOs are coaching the coaches and giving good training. The GDOs are involved mostly with the nurseries in clubs and then the club has to take over.

“They are talking about money but every euro that comes in is matched by a club euro. Some clubs are struggling, clubs that invested in pitches, or all-weather or floodlights and it is a burden, small clubs that might have only two junior football teams. It is not easy to get up that money for a GPO.”

It must sometimes seem that every Dublin success is overshadowed by gripes about funding or playing in Croke Park but Sean pays the criticism no heed: “No, it doesn’t bother me. I think once you are at the top, there will always be knockers so long may the knockers last, it will mean we’re still on top. I remember the time when people were begrudging Kerry.

“I was saying with the game against Kerry for five in a row, you’d have been just as disappointed as a team who had never won one because it was such a target. If we had been beaten that day, I’d have very disappointed, it would have been a downer. It is not that you are getting greedy but when you get there, you want to do it.

“Now, we’ve won the five in a row, people hope that the other team will beat us and as Jim Gavin keeps telling them, it will happen some day, it can’t last forever.”

His admiration for Gavin is clear but to develop players like the Dubs, the work has to be done on the ground: “There are an enormous amount of club games played every week but it is a well oiled machine, it is worked well. The games get run very efficiently. There are over 90 clubs and that is not telling the true story because some of those clubs have four or five adult teams, there are a huge amount of teams.

“I now hear other counties complaining that they don’t have the competitions at the right time of the year, they lose their players to soccer. You have to do the work. It started long before Jim Gavin got near the Dublin Senior team.”

Suggestions that Dublin be split in two is met with the riposte that might just make advocates of the idea think twice: “If it was two Dublin teams, you could have the two of them in the All-Ireland Final. Is that what you want?”

Sean steps down at the end of his five year term as Dublin chairman this Thursday evening but he will still be very much involved in Dublin GAA and the development of a centre of excellence tops his to-do-list.

“We have bought the site at the Spawell and that is a huge project coming down the line. I’ll probably stay on at that and try and get that over the line as a director. We set up a separate company because there is rental income coming in at the moment which is needed for the interest on the loan.

“We hope to sell off that industrial part of it, we don’t want to be landlords, we just want the green space so that is the plan. A centre of excellence mainly with four pitches, all floodlit, all weather and one of them astro because the way things have gone with the weather, you need more of them.”