New shoes - how to get ahead of the pack! 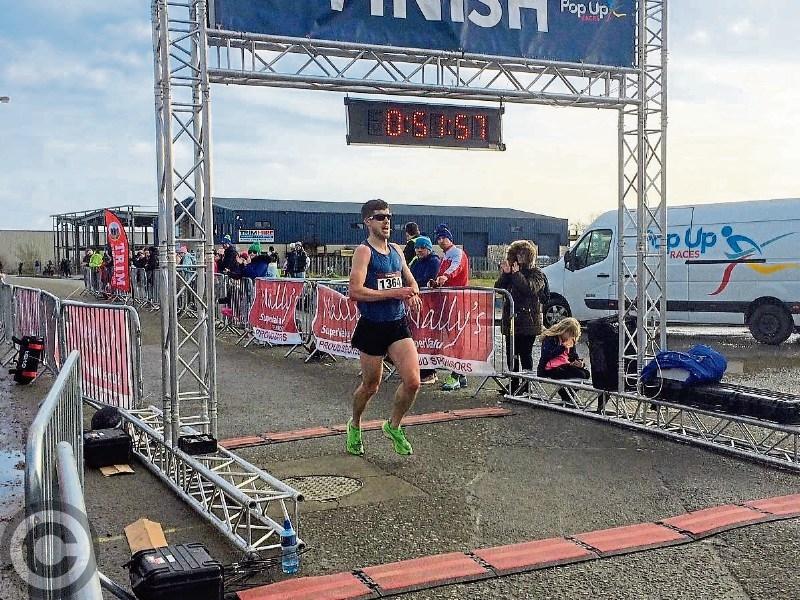 Has there ever been an advance in sporting equipment that has transformed an entire sport as much as Nike's new Vaporfly racing shoes!

Now, I appreciate a good deal of you are wondering 'what the hell is Connolly on about, Vaporflys? Is that some brand of fly repellant?” No, Nike's Vaporfly shoe and its cousins the Alphafly and Next4% is the perhaps the most revolutionary running shoe design since, well, since shoes!

I don't know if you noticed but personal bests of the growing legions of runners have been tumbling at an incredible rate over the last three years and it is not just the elites but the ordinary Joe Soaps who are now getting an extra edge by splashing out somewhere around €250 for the cheapest version of Nike's new groundbreaking shoes.

Some sports are decided completely by the technology used. It doesn't matter if you had Lewis Hamilton and Michael Schumacher combined, you ain't going to win a Grand Prix if you're driving a ten year old lada! The best engine and design will always decide that sport while the old wooden tennis rackets have gone the way of the Dodo, replaced by graphite and titanium rackets that send tennis balls flying seemingly at the speed of light.

Most of the sports where equipment is so central to success and failure - sailing, rowing, cycling and equestrian events - are financially well beyond the reach of the ordinary five-eighth, the cost prohibiting their widespread use.

Not so with the Vaporfly series as, with a click of a mouse on the Nike website, your ordinary runner chasing a personal best in the local park run or 10K can now wear the same sort of runners the elite are wearing.

So what does this new technology actually do?

As I understand it, a couple of extra thick layers of cushioning and two carbon fibre plates keep the foot in such a position that your foot always lands in the correct position, the shoes virtually propelling you forward as you use less energy with each step.

So if two runners of equal ability and equal training turn up for the same race with one wearing the Nike Vaporfly and other not and both perform to the limit of their ability, it is not even a contest

Behind him came a flash flood of runners breaking pbs, including our own double Olympian Colin Griffin but interestingly, the first 13 across the line were wearing some version of the Vaporflys. So effective are the new shoes that some road races are actually offering prizes for the first finisher not wearing the Vaporflys!

Sounds brilliant, I'm off to buy a pair and new pbs will follow! Not so simple - you still have to run the miles and do the work.

The Nike shoes won't make you run as fast as Colin Griffin but they will help you erase large chunks off your own personal best with literally the same effort that got you your old best time!

But the groundbreaking shoes have already had some far reaching effects with the news that some medalists in the Rio Olympic marathon were wearing early Vaporfly prototypes; handing them what many deem an unfair advantage, some even calling for the results of those race to be declared null and void as rules state that all equipment used by athletes must be available for the general public to buy.

Clearly prototypes are not available on general sale but the shoes are making such a difference that we've witnessed the bizarre sight of athletes sponsored by rival companies, including one Irish athlete already qualified for Tokyo, buying the Nike shoes and then disguising them so that they do not get left behind in the, excuse the pun, footwear arms race!

Other companies are rushing out their own versions of the Vaporfly but Nike have completely grabbed the imagination of the running world, so much so that even if the shoes are banned, they still win such has been the boost to the reputation of their products.

So the next time you ask your runner friend 'new shoes?', be prepared for an unusual answer!