"At a time of frustration over various aspects of public spending, the importance of sports facilities can not be overstated" 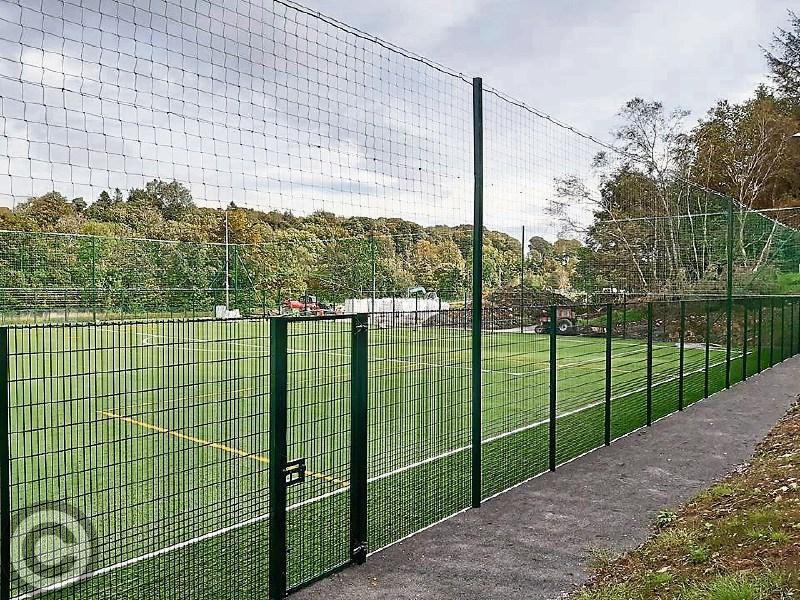 It has been a trying time for the playing fields of Leitrim in recent weeks with three weeks of heavy rainfall resulting in last minute cancellations, postponements and frantic searches for playable pitches.

Given that so many games are played at times when growth is minimal at best, it is hardly surprising that games are called off to protect the surface or in some cases to ensure the safety of players and spectators.

Manor Rangers twice saw their TP Brennan Connacht Cup clash with Athenry fall victim to the heavy rainfall with the game finally being played last Sunday on the new astro turf facility in Dromahair. The Leitrim U20 footballers had to relinquish home advantage when they faced Galway last Saturday in Elphin in the Connacht U20 championship.

In recent years the number of astro turf pitches in the region has increased dramatically but you can’t help but feel there is room for considerably more of these facilities. Some players will bemoan the lack of a ‘natural feel’ to the astro surface but the feedback from those who have used the new facility has been nothing but positive.

The Leitrim hurlers have by all accounts been very impressed with the facility when using it for training, the Leitrim ladies have held coaching courses there, the Connacht GAA initiative, Super Games Friday Night Lights has also been held on the new surface, again with great feedback from all who took part. Lough Allen Community College also made full use of the facility when they played St. Joseph’s secondary school, Foxford in the SFAI minor girls Connacht Cup competition.

Manorhamilton Rangers have used the new pitch for underage and senior games and on Sunday it hosted its most high profile game to date when Athenry were welcomed for the Connacht Cup encounter.

The game attracted a number of people from Athenry, Manorhamilton and Sligo who were making their first visit to the new facility and the only complaint to be heard surrounded the lack of spectator facilities. When fundraising to raise the required funds for a state of the art pitch, it wasn’t envisaged spectator comfort was something that would be needed so soon.

Of course, primarily, the pitch is there for the local Dromahair community and it is a welcome addition for all. As well as the St Patrick’s GAA club and the Naomh Padraig LGFA club holding training sessions and underage matches on the surface, there are plans in place to establish a soccer team in the village.

It is not just organised and competitive action that is hosted on the astro turf pitch. Weekly social soccer games are held while the walk/running path and the outdoor gym equipment and children’s play area have helped create an environment that has a real community feel to it.

The recent spell of wet weather, which shouldn't really have taken us by surprise given how much it rains in Leitrim has highlighted the importance of sports facilities throughout the county and reinforced just how much Leitrim needs some real capital injection in this regard.

Individual clubs and communities throughout the county are doing trojan work developing and maintaining their facilities as best they can but more is needed. Work is ongoing to develop top class sporting facilities in Carrick-on-Shannon and the mind boggles with regard the opportunities that such a development would offer the entire region.

Athletes accustomed to training on the street lit roads will have access to purpose built tracks and footballers scrambling for a playable field will have a facility capable of coping with the worst the Irish weather can throw at them. At a time of frustration over various aspects of public spending, the importance of sports facilities can not be overstated.