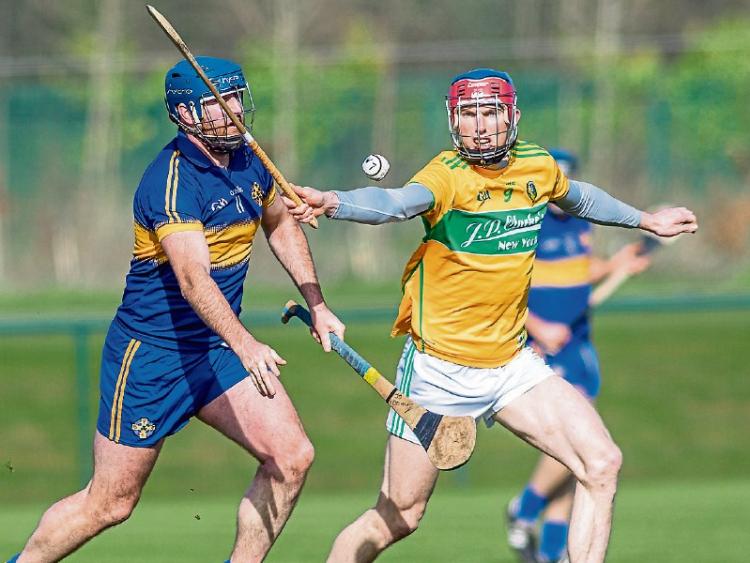 What a difference a week makes! This time last week, you'd have got long, long odds on finding any Leitrim fans believing relegation could be avoiding but if you were to look at social media on Sunday evening, it seems that hope has not only flowered but it has positively exploded.

When Offaly left Avantcard Pairc Sean Mac Diarmada victorious on Sunday week, going home with an eight point win, it was hard to find anyone with any sense of positivity for Leitrim's chances of avoiding the drop back to Division 4.

Yet here we are now contemplating a possible “Great Escape” from relegation while the County hurlers have virtually, and it is always dangerous to speak too confidently when other teams can decided your fate, secured their place in the Division 3B Final.

The size of the task facing Leitrim hasn't got any smaller with two monster ties against Down and Tipperary to come and the odds are still stacked against the Green & Gold but the welcome shot in the arm of a first win in 2020 will do Terry Hyland's the world of good at just the right time.

But there has to be realism - a first win of the season against a Louth team described by our Louth colleague Caoimhin Reilly with the cutting words “The home team’s lacklustre performance, which lacked fight, heart and courage. As poor a display as Louth followers will remember.”

This isn't a Louth fan throwing the rattle out of the pram, Caoimhin was full of praise for the superb Ryan O'Rourke who cut the Wee County's defence to pieces last Sunday but you have to wonder about the motivation and focus of a team that saw its top scorer spend Saturday evening at the Watford and Liverpool English Premiership game?

Right now that won't bother those with a Green & Gold persuasion - a lifeline was needed and Terry Hyland's troops grabbed it with both hands and that is all we can ask for.

The next round of games won't decide anything either but it will set up what Leitrim need to do. A win in Pairc Esler in Newry would be a momentous achievement and almost certainly put Leitrim in the pole position. But defeat wouldn't be the end of the matter either.

We presume Tipperary will beat Offaly at home next Sunday but that's far from certain as the Premier county have blown very hot (against Cork) and very cold (against Longford) in their games.

All I know is that it could end up with Leitrim and Tipperary battling it out with the winner takes all or Leitrim looking to beat the Munster men and overhaul either Tipp or Offaly on scoring difference.

Excitement will certainly be felt by the hurling community as, again I acknowledge I'm tempting fate here, they look certain to reach the Division 3B final. Leitrim needed a win over Lancashire to keep their hopes alive and in a controlled, and more importantly disciplined, performance, they got it.

Fermanagh can still upset the apple cart but it would take an upset the size of Wimbledon beating Liverpool for it to come to pass. The Ernesiders would need to win by 19 points to overtake Leitrim on scoring difference and it is hard to see Sligo letting their guard down that much ahead of a League final.

The Yeatsmen might prefer to meet Fermanagh but the Ulster side haven't showed that sort of form so far this year, their only victory a controversial win over Leitrim in the first round.

Olcan Conway's troops only seem to be gathering steam with the scores coming from anywhere and everywhere. The introduction of new faces like James McNabola, Martin Feeney, Sean O'Riordan and Paul Lenehan has rejuvenated this team so much so that whatever happens in the League, the step-up to the Nicky Rackard Cup later this Summer won't seem as daunting as it once did.

Yes, it is going to be an exciting couple of weeks!