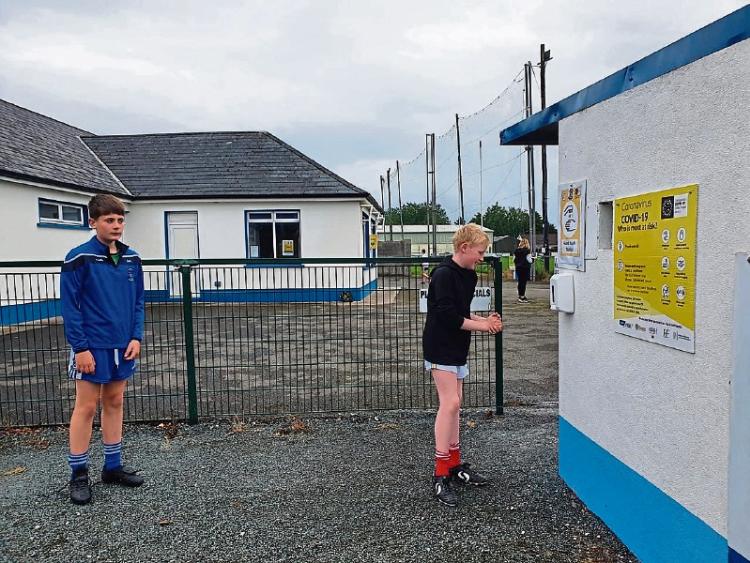 With this being the first “The Last Point” column in just over three months, its hard to know exactly where to start!

Do you aim for a big splash, capture the attention in dramatic fashion by going on a rant, blasting this, that and everything? Or do you simply try to ease yourself back into the run of things, reflect on what has happened and look to the future?

For the sports journalist, the last three months have been truly bizarre as dates that were locked in stone came and went with not even a whisper, except perhaps for a text from the legendary Willie Donnellan - “We should have been playing Mayo today!”

The world has changed drastically - Liverpool won the Premier League and, as a diehard Evertonian, that's the last you'll hear from me on that.

Language has changed - the words “the new normal” and “lockdown” mean very different things to all of us who have lived through these days as none of us really know what “the new normal” entails - all you can be sure of is that it won't be normal at all!

In many ways, it is the same for all the sports men and women around our green county right at this minute as, after more than three months of no activity, they are preparing themselves for what promises to be a welcome, joyous but taxing return to the playing fields.

Team sports have had it hard during the lockdown - the practitioners of individual pursuits are more than used to the solitary slog, the sort of challenge that comes with motivating yourself when there is nobody else to push you. It was a territory that many footballers were unwillingly forced into by the Covid-19 lockdown.

Some rose to the challenge, working on fitness or deficiencies in skill. For some, it was a chance to rest, recharge and perhaps finally sort out that troublesome injury that seems to follow them from season to season, never truly getting the chance to undertake the sort of rehab and strength & conditioning programme that just might make their playing career that bit easier.

For others, maybe the whole lockdown meant they re-evaluated their thoughts on what was important in their lives and what wasn’t?

I know a lot of people, given the amount of time they had on their hands during the lockdown, began to rethink not just their sporting endeavours but their work lives, health and fitness, happiness and life-work balance taking even greater importance.

The increase in runners and walkers pounding out streets and roads was undeniable, the enormous surge in bicycle sales too all spoke of a country perhaps forgetting about the rat-race and thinking deeply and thoughtfully of their mental and physical health for maybe the first time in a long time.

It might not be as easy for managers and clubs to persuade their players to meet demands at club level, let alone county, for I remember being told of one club team in Dublin who were training three days a week on the pitch and another three in the gym - in early January!

But all that is for another day - right now, all we’re looking forward to is the first throw-in, the first hefty challenge, the first score, the first refereeing controversy but perhaps we might also be a bit more patient too, a bit more understanding and if the new feeling of goodwill and civic-mindedness that swept over the country can be maintained, perhaps we might even enjoy the games that bit more.

Right now, we’re facing into a sprint with the starting pistol on Friday week, July 17, signalling a deluge of games. Those pitches, long idle during some of the best months of the year, will be burst to overflowing with games almost every day of the week as our ladies and men’s football teams get back to action.

All you ask is that they enjoy it - the games are going to be hectic and the schedule demanding but perhaps after the long absence of games, players and spectators might just appreciate the simple joy of kicking a football once more.

But all throughout the lockdown and enforced absence from the playing fields, the GAA did manage to maintain that most sacred of traditions - the never-ending row between club and county!

It's reassuring to see that even with the new normal, some things simply don't change.