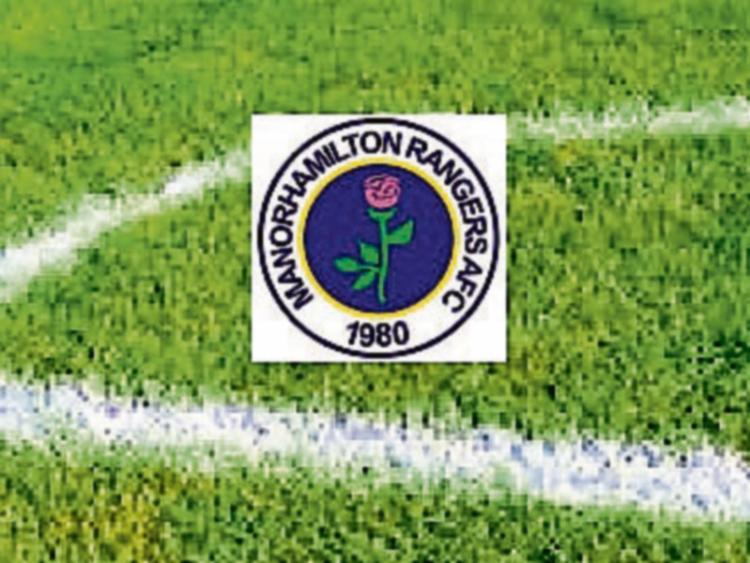 Junior Football is back and what a treat we have in store with the recommencement of the 2019/20 season as the leading teams in the Sligo Southern Hotel Super League lock horns in the game that could decide who lifts the title.

Bee Park will be buzzing next Sunday morning Super League leaders Manor Rangers face defending champions Carbury. Mano lead with 37 points but Carbury are just one point behind with a game in hand.

The game should not be short of goals Manor Rangers have spear heading their attack leading scorer Robbie Cunningham on 16 goals with backup from Seamus Ryder, Alan Hickey, Paul Logan, the McDonald brothers along with the vastly experienced and talented Patrick Woulfe to mention but a few of a potentially lethal Manor Rangers.

But make no mistake about it the challenge is immense Carbury have and continue to be the most successful club in recent years both locally and in Connacht. They are used to the big stage and have fire power from many different sources.

None more astute than Ryan McManus who, on the day, is a match winner. Backing him up is Gareth Kelly who can produce goals at any given time as well as his running mate Gary Armstrong.

Ross McLoughlin with Gary Finan in the engine room will ensure a fast pace with Colm Jinks organizing the Carbury rear guard.

This has all the ingredients of a fantastic game that could well see a blitz or a single goal decide the outcome. Man in the middle for this encounter is the vastly experienced Paul Kilcoyne one of the top Junior referees in the country.

Paul has taken charge of FAI Junior Final at the Aviva stadium, Connacht Cup and Oscar Traynor finals so he is well used to the big occasion along with assistant’s Philip McLoughlin and Tomas Oates making up an excellent team of officials for this most exciting game.

In third place and ready to pounce on any slip ups are Cartron United. They travel to Forthill where Glenview Stars await. Donal Gallagher and Enda McGowan will lead the hunt for goals in Cartron’s quest for victory with Colin Feehily well able to hit the onion bag.

Glenview Stars will be anxious to give a good account of themselves and the big man Gino can on his day prove a handful for any defence.

Aughanagh Celtic in mid table welcome Ballisodare United to Ballinafad. Ballisodare with a very young side are fourth from bottom and should that get any worse they could be in the playoffs for Super League status next year.

Aughanagh Celtic will with their competitive spirit will give nothing away while Ballisodare be anxious to put some light between themselves and the bottom three so its all to play for.

A massive game at Merville United in Maugheraboy where manager Darren Kelly‘s young Guns welcome another very young and talented St Johns FC. Both clubs are in the bottom three so a massive three points at stake. Both sides have quality players who can and will score goals on the day it will just depend on who brings the greater firepower to the duel. A clash of the Titans takes place in the Andrew Mullen Sligo Pallets Premier League at Brother Walfrid Park Ballymote where league leaders Real Tubber travel to the Lions Den for their final game of the season.

Real Tubber have in Matthew Mulhern and the Walsh brothers Eoin and Jack players that are clinical in front of goal. Ballymote Celtic have in Mark Irwin one of the most consistent and lethal finishers in the league for many seasons.

Both clubs have a very proud history and will be most anxious to give of their best in what promises to be an outstanding game.

Cup fever hits Riverstown where Arrow Harps welcomes the big guns of Calry Bohs for a Quarter Final encounter in the Cleary Landscapes and Pitch Maintenance Cup. League form will count for little here as it's winner take all and fortune will favour the brave.

Both sides league form is very close so neither side gives away much. It will be a matter of which side performs best on the day in front of goal and it might well go down to a penalty shoot out but yet not a game to be missed.

Cup Fever continues on Wednesday July 22, when Carbury entertain Cliffoney Celtic in the Quarter Finals of the Glasshouse Cup at Forthill while in the Semi Finals of this Cup Ballisodare United welcome Manorhamilton Rangers.

In the Cleary Landscapes Cup semi-finals, Coolaney United will welcome either Arrow Harps or Calry Bohs with Ballymote Celtic at home to John Scanlon’s Chaffpool United in this local derby.