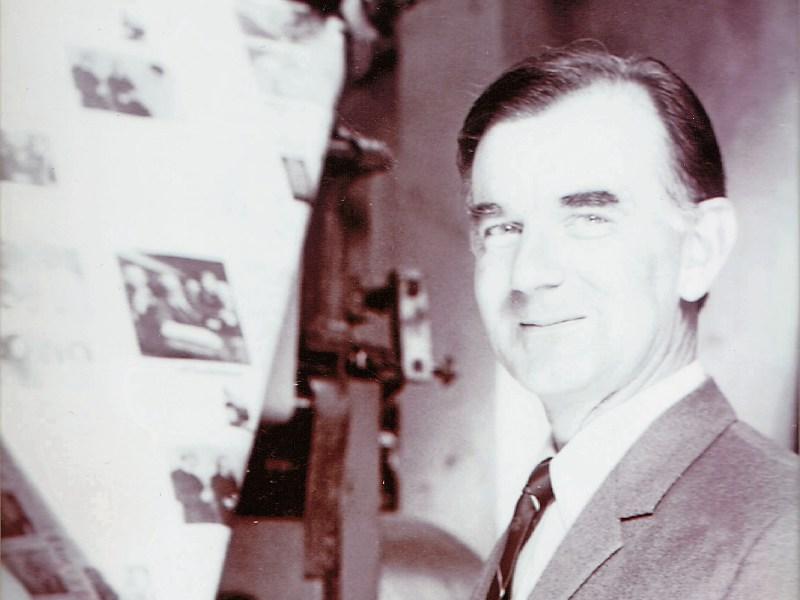 The death of Gregory J, Dunne on Thursday, 24th November, 2016 was the end of an era in the newspaper and printing business in Carrick-on-Shannon and County Leitrim.

His career as Proprietor and Editor of the Leitrim Observer was one of growth, innovation and hard work that transformed the paper and invested in its future through investment in technological advances in the printing industry.

His career in the Leitrim Observer began in 1948 under the tutelage of his uncle, the legendary Pat Dunne.

John Connolly, Sports Editor, who was a next door neighbour of Greg's, delivered the eulogy.

“When I have talked to people about Greg in the last few days, the description that always comes up is that Greg was a gentleman. It is an old fashioned word by today’s standards but it is an apt description for there was a gentleness and gracefulness about Greg that may seem alien to what is supposed to be the hard-bitten world of newspapers but it is the quality that shone through to anyone who met Greg,” John said.

“The newspaper business might not have been his first choice when he left UCD but Greg quickly became a leader, an innovator who wrought great changes on how the Observer looked, what it reported.

“As hard as it is to believe today but the GAA and the Observer had a fraught relationship during the 50s and 60s, so much so that many of Leitrim’s greatest performances during that era never saw the light of day in the pages of the Leitrim Observer, not unless it came with a little subterfuge from Greg and Eugene Phelan and the assistance of then Leitrim GAA County Board Secretary Tommy O’Riordan. 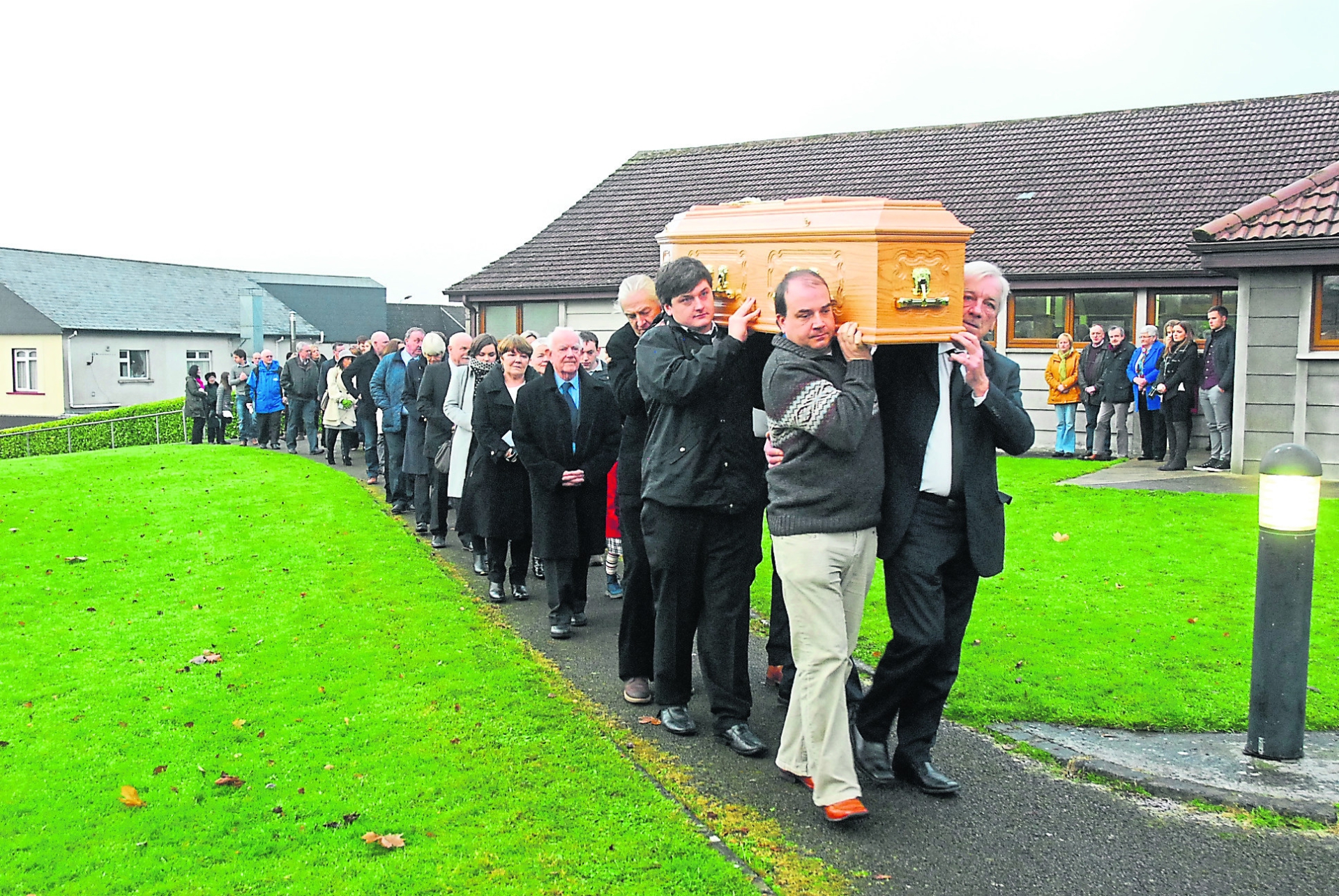 “There would be calls at the annual GAA Convention for a boycott of the Observer but throughout it all, Greg worked away quietly in the background to expand and improve the coverage of Gaelic games in the county and give the readers what they wanted.

“That theme of catering to the readers' need meant that Greg was at the forefront of technological advances as he constantly agitated for improvements in how the paper looked and what it published.

“For many years, Greg had to fight to get a photograph, even one, in the pages of the Observer.

“His foresight was rewarded when the first image ever printed in the Observer was that of a plane that made an emergency landing on the strand in Lough Allen – Greg’s foresight ensured the picture appeared on the front page and the rest in history.

“Innovation continued to be at the heart of Greg’s contribution to the Observer down through the years as developments in new printing technology saw the paper become more vibrant and dynamic, a process that speeded up after he took over as editor in 1968.

“But it wasn’t just in the world of technology where Greg excelled but also his ability to spot and develop talent. The careers of famed journalists Paul Williams and David Walsh started in the Observer.

“Some might say that the pair were always going to make it but in 1970s and 1980s Ireland, an economically depressed Ireland, getting your start in the business was no easy feat and Greg’s ability to recognise talent and promote it was second to none.

“I’m sure the Dunne family will tell you that Greg was more than the Observer, and he was. A lifelong interest in the Carrick Historical Society, Greg also became heavily involved in Carrick Active Age and his ability to connect with people served him strong in everything he did.

“The Leitrim Observer has lost a major part of our history but it pales to the loss to the Dunne family. To his twin brother Angus and children Geraldine, Pat, Jacqui, Natasha, his family and friends, our deepest sympathy. We won’t see his like again,” John said.

Greg Dunne passed away peacefully at the Galway Clinic on Thursday, 24th November. He was predeceased by his wife Margaret in 2003 and daughter Albertine on 13th August this year.

The editor, Claire McGovern, along with all the staff of the Leitrim Observer would like to offer our sincere sympathies to the family.

May his gentle soul rest in peace.