Missing Dog Finn was not in Leitrim 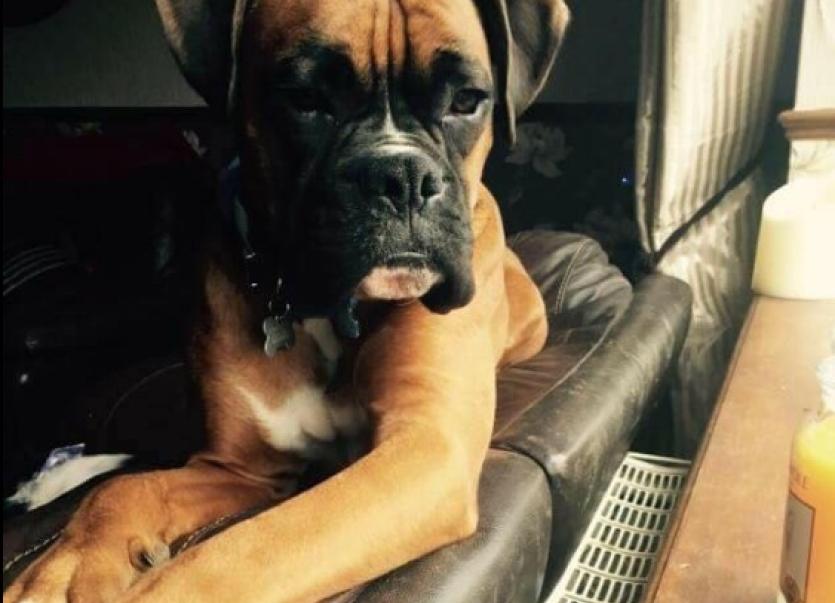 Finn has been missing since early December

After a number of searches in Leitrim this week for missing Monaghan dog Finn, it is now believed he was shot dead a month ago by a farmer.

'Bring Finn Home' was a huge online campaign that had 31,000 Facebook likes and generated thousands of shares online as people across the 32 counties searched for the pet. Owners Joy and Bernard Borchart from Ballybay, Monaghan had set up a huge campaign to find their beloved boxer dog who went missing on the 7th of December.

The pair hired a private detective Liam Brady. According to the Facebook page the detective  now believes that the 2-year-old boxer was shot dead by a farmer.
"Liam Brady the PD has informed me that he has reliable information from a local source that Finn has been shot in a field. This incident apparently occurred on December 7 - the same day the dog was discovered missing.

"As you are all aware Finn went missing on 7th Dec and the FB page was set up on 16 th December.

"During that week there was sufficient time for that farmer to inform us of these circumstances to be informed that this had occurred.

"This is in direct violation of current Irish legislation and both ethically and morally unsustainable.

Two searches for the dog were completed by locals in the Ballinamore area on January 4 and 5. The detective had previously held the belief that the dog was stolen and could have been used as bait in dog fighting.

The owners had been raising money to try and bring Finn home but they will now donate that to dog charities.