Appeal to save mosaic artwork in Carrick-on-Shannon

A concerned resident in Carrick-on-Shannon wrote to the Leitrim Observer stating it is "sad to see the mosaic created and completed by the multi-talented John Rooney and his team in the 1980s starting to disintegrate."

Desmond Doyle from Kingston Terrace in the town said the mosaic has been a feature by the river for over 30 years. 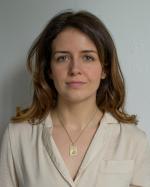 "Some of the mosaic tiles have become detached. There are two structural cracks that I'm sure can be repaired. A solar panel and a LED light to show the art work at night would be great," he suggested.

Desmond said he had no doubt that in years to come John Rooney's own portrait will be on the wall at Main Street and the younger generation will learn to appreciate him.

"This artwork (mosaic) is one part of what will be a great legacy. Save his artwork. Carrick-on-Shannon will benefit greatly," he appealed.