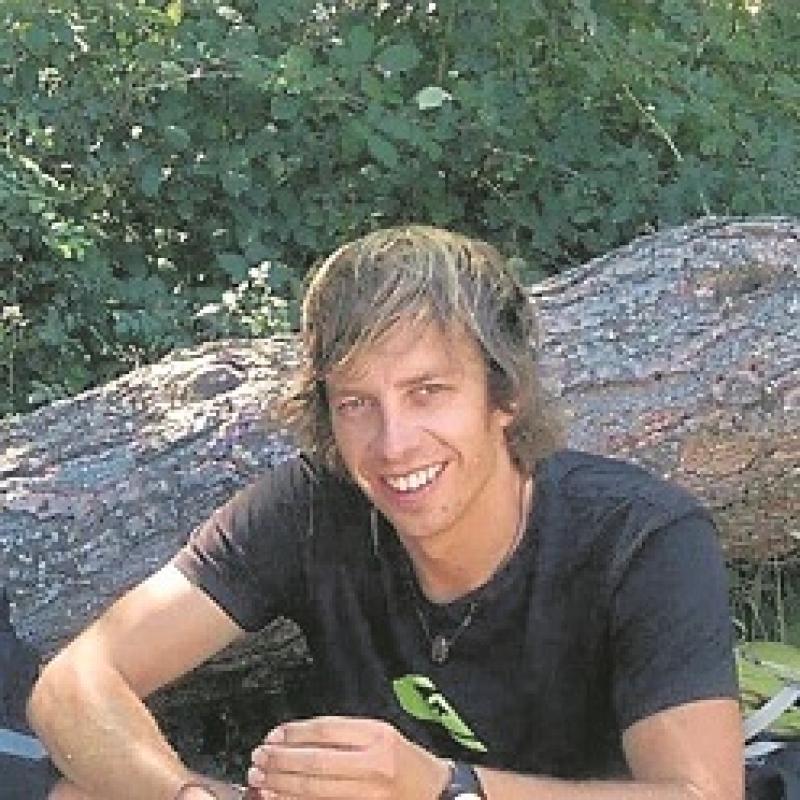 The HSE and the Sligo Leitrim Mental Health Service have apologised in the High Court to the family of a 30-year old man who took his own life in a mental health unit.
Karl Collins had been living in Tullaghan at the time.
The apology was read in court last week as his family settled a legal action over his death for €275,000.
His sister has said the apology by the HSE marks "the end of a very long road".
Aisling Collins, also stated that despite her family struggling with "grief, shock and trauma", they have persevered to get an apology from the HSE to prevent other families from experiencing what they have gone through after losing their much-loved son, and brother.
Mr Collins died by suicide two days after being admitted voluntarily to St Columba’s Hospital mental health unit, Farranacardy, Sligo in 2017.

Mr Collins had self-presented to the Mental Health Unit on April 1, 2017 complaining of extreme anxiety, chaotic thinking, and insomnia, and by 1.30pm on April 3 he was dead.
An inquest into his death held on November 12, 2018 had returned a verdict of suicide after it was heard that earlier on the day of his death the Dublin native told nursing staff he had taken 10 to 12 sleeping tablets because he “wanted to end it all.”
Psychiatrist Dr Edmund O'Mahony told Sligo Coroner Mr Eamon McGowan at the Coroner's Court that he met with Mr Collins at 11am that same morning to discuss his condition.
He told the court when he probed Mr Collins on wanting to “end it all” Mr Collins said he wanted to get some sleep.
Dr O'Mahony told the court that when he met Karl around 11am that morning, some six hours after he had allegedly taken the overdose, he seemed “anxious, restless, articulate, intelligent.”

“We didn't want this to happen another family.”

Speaking to The Sligo Champion ahead of the official issuing of the apology, Karl's sister, Aisling said she and her family felt it was important to pursue the apology and “the bottom line was for changes to happen within mental health units and for systems to be put into place to stop this from happening again.
“We didn't want this to happen another family,” said Ms Collins.
After the jury returned their verdict in November 2018, they also made several recommendations, including that when a person who has made a suicide attempt in their past, and now shows clear indication of suicidal ideation, this person needs to be supported and staff need to put in place a suicide observation system immediately.

It was also recommended that ongoing continuing professional development and staff training should reflect how best to react to and deal with emergency situations and that persons who have attempted to take their own lives or displayed suicide ideation should be encouraged by the HSE staff to stay in contact with next of kin and other family members.
Ms Collins told The Sligo Champion she was not “100 percent sure” if everything recommended had since been implemented but said it was “encouraging” and “hopeful” that a new mental health building was up at Sligo University Hospital.
She also said it was important the HSE were apologising to her family.

“I think it's just the fact the HSE have taken the stand to apologise to us as a family and I think that's really important. Hopefully that is going towards changes, acknowledgement of those failings and eradicating them. All we can do is to move forward.”
At the inquest it was heard the mental health unit was “not fit for purpose” and that a ligature audit of the building was carried out in May 2018 and found 365 ligature points, 16 per cent of which were deemed 'high'.
The court heard Karl Collins was found unresponsive inside the attic of his room by nursing staff on April 3, 2017.

The inquest heard it was not known why the hatch in the late Karl Collins' bedroom was never identified as a ligature anchor.
Area Director of Nursing for Sligo Leitrim Mental Health Services Tomás Murphy told the inquest, “they didn't see the hatch”.
The jury of two women and five men were told the hatch to the attic was bolted shut within five days after Mr Collins' death in April 2017.
The inquest had also heard that the unit was to request Mr Collins' previous case notes from St Patrick's Mental Health Services in Dublin from when he was treated there in 2011.
Karl told doctors he had attempted suicide in 2011 and anti-depressants made him suicidal.
He asked that his family not be contacted about the alleged overdose of sleeping tablets and asked for a transfer to St Patrick's Mental Health Services.
Counsel for the Collins family at the time of the inquest, Mr Keith O'Grady BL, asked Dr O'Mahony, “What more must a person do to be deemed a suicide risk than what Karl did?”
“In our assessment of Karl there was nothing to make me think that was an option,” the doctor said.

Asked at the inquest if admission notes from Mr Collins' treatment in Dublin in 2011 were requested by the Sligo unit, Dr Joanna Perlinska, the doctor who assessed him and admitted him to St Columba's Mental Health Unit, said she did not think so.
She also did not think it was needed to get previous history from family members after meeting with Karl.
Treating psychiatrist on duty the day Karl died tragically, Dr Edmund O'Mahony insisted there was nothing in his assessment of the surf instructor to make him think it appropriate to move him to a High Observation Unit.
Psychiatric nurse Stephen Messani had testified that he found the deceased unresponsive in his bedroom at 1.30pm after he called to inform him that his girlfriend Gráinne had arrived to see him.
He noticed the wardrobe in the middle of the floor but it wasn't until he turned to leave that he noticed the patient and he sounded the alarm.

“He sought help from the experts but still ended up dying alone and in terrible emotional distress".

The inquest had also heard that earlier that morning staff had interacted with Mr Collins at approximately 11.30am to give medication as prescribed, and to also see if he had any other medication in his possession.
The deceased handed over Vitamin D tablets he had but no search was carried out of his room to see if he had any other medication.
In a statement after the verdict was returned, the Collins family said it was “shocking that a self-admitted psychiatric patient could be able to take his own life within the very walls of a HSE Mental Health Hospital.
“He sought help from the experts but still ended up dying alone and in terrible emotional distress. It is vital for us and for society as a whole, that there is total accountability in our mental health services”.
The HSE apology was to be read out last week outside the High Court following mediation between the Executive and the Collins family.

Karl’s sister Aisling said another important step was recognising the failings which led to her brother's death and the rectify them in the hope to prevent other families from losing loved ones.
“Going forward, the fundamental part is recognising the failings and putting new practices in place to make it (mental health units) a safer place for people, that's what we can all hope for,” Ms Collins said ahead of the HSE's apology.
“All we can do is move forward, we can't change what happened.

“We can just make sure that this doesn't happen to another family, that is the biggest positive to take from this horrible, horrible time.”
She also said it was important to make the general public aware of how important it is to be vigilant of people and looking out for them.
“It is human nature to show kindness and tell people they are not alone, to be aware of people's vulnerabilities, reach out to people, let them know they're not alone.”
Ms Collins said even just calling someone and listening is hugely important.