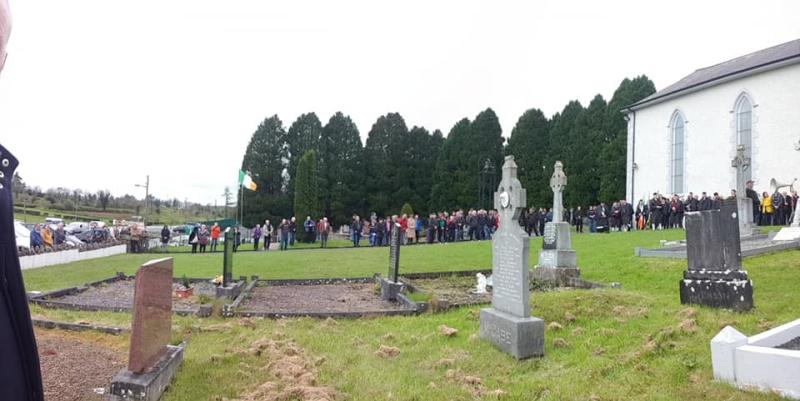 Leitrim’s Annual Easter Commemoration took place in Aughnasheelin at the graves of three of the heroes of Selton Hill, Séamus Wrynn and the two John Joe O’Reillys on Sunday.
On 11 March 1921, six IRA volunteers were killed at Selton Hill by British forces and five others survived.
Last year it wasn’t possible to have a public Easter Commemoration on the100th anniversary, due to Covid.
This year a large crowd attended to properly honour the memory of six brave men who died in the pursuit of Irish freedom. 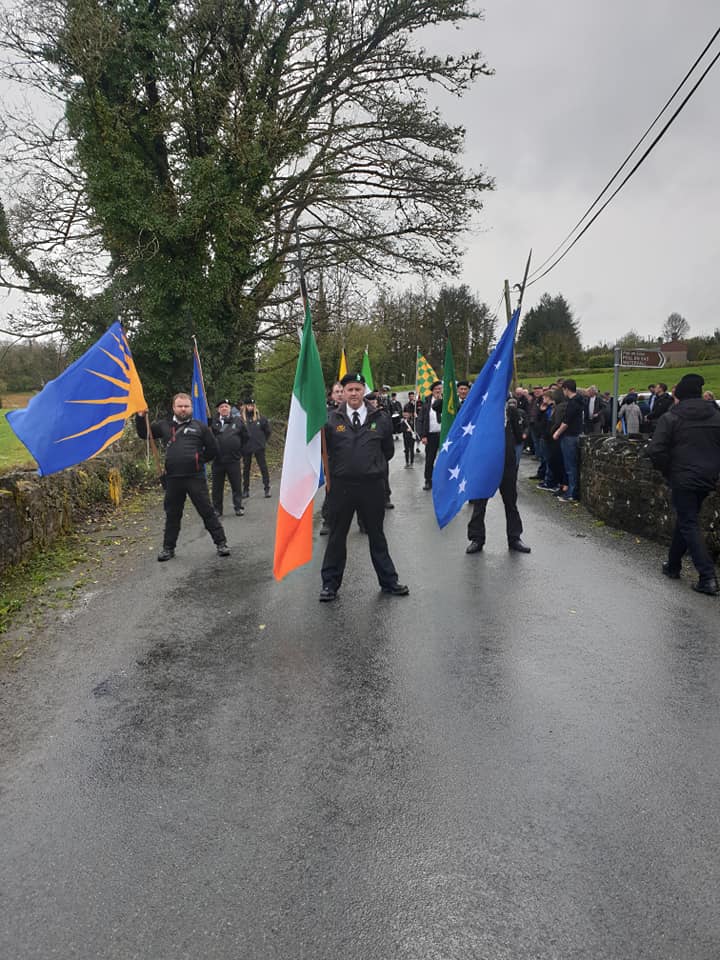 Three of the six men were buried in Aughnasheelin making it a hallowed place in Leitrim’s history. This in fact the only Republican plot in Co Leitrim. The others who died were Seán Connolly from Ballinalee, Co Longford, Joe O’Beirne from Currycramp, Bornacoola and Michael Baxter from Bawnboy, Co Cavan.
The commemoration was organised by Cumann Shéamuis Mhic Bhroin, Ballinamore.
The oration was given by Barry McElduff, well-known republican from Co Tyrone. Barry represented West Tyrone as an MP and also as an MLA in Stormont.
The parade was led by the Kiltubrid Pipe Band and a colour party. 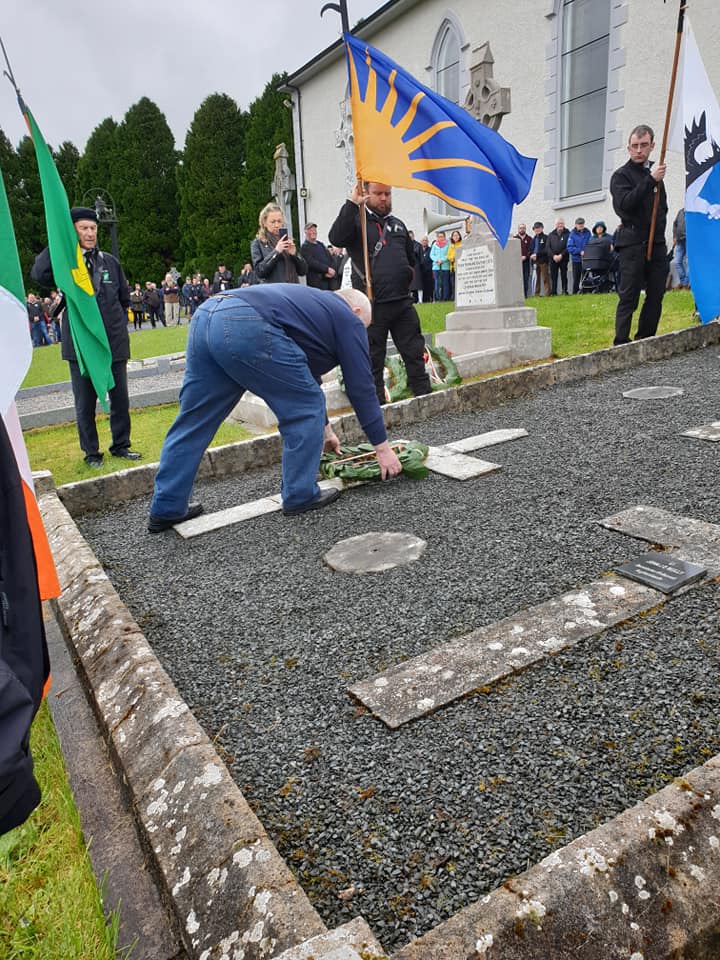