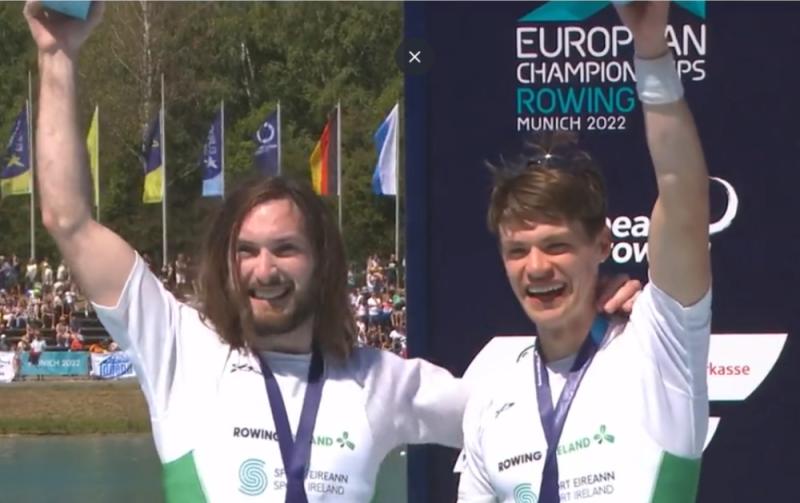 Fintan McCarthy and Paul O’Donovan comfortably take the win in the Lightweight Men’s Double Sculls at the European Championships in Munich #Munich2022 pic.twitter.com/vT22fMcHA4

The Cork duo cruised to victory with a time of six minutes 34.72 seconds to add another European Champions gold to their ever-growing triumphs.

O'Donovan and McCarthy have been a very successful team in recent times, having won gold at the Worlds in Ottensheim in 2019, at the European Championships in Varese in 2021 and at last year's Tokyo Olympics.

After the victory, McCarthy told RTÉ Sport: "It was a tough old race. There was a kind of a headwind out there, it was longer than what we're used to."