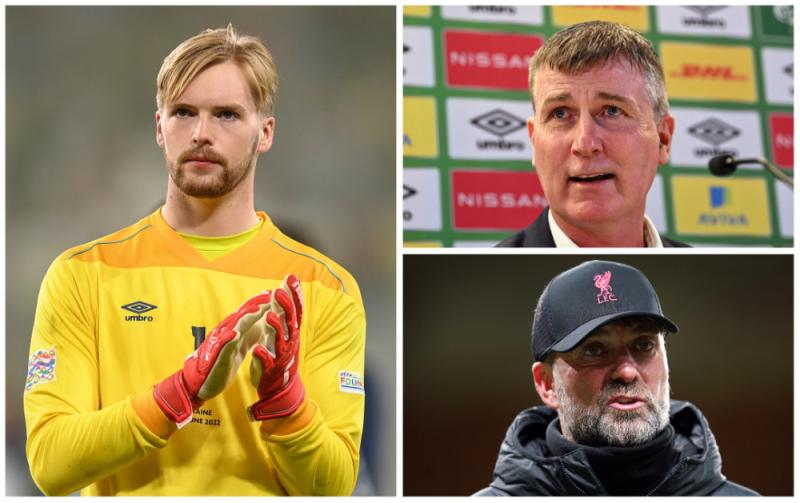 It has been a war of words between Republic of Ireland manager Stephen Kenny and Liverpool boss Jurgen Klopp regarding Caoimhin Kelleher's injury which has ruled him out of action for club and country.

Klopp insisted that the 23-year-old shot-stopper came back from June's international window with a knock but Kenny has brushed off the claim by reiterating Ireland's medical staff were not at fault.

At Wednesday's squad announcement press conference, Kenny said: “If Caoimhin tweaked something in the game against Ukraine, it was not evident from the player’s performance, he performed very well in the game.

“Obviously he trained with Liverpool when he went back for pre-season and got injured, but certainly it was something we weren’t aware of.”

He added: “I haven’t spoken to Jurgen Klopp, but the medical teams have been in constant contact.

“But the good thing is he’s making good progress and should be back soon and back for the next (international) camp for sure.”

The Boys in Green, who have two UEFA Nations League fixtures remaining, play Scotland at Hampden Park on Saturday, September 24 before they host Armenia at the Aviva Stadium on Tuesday, September 27.