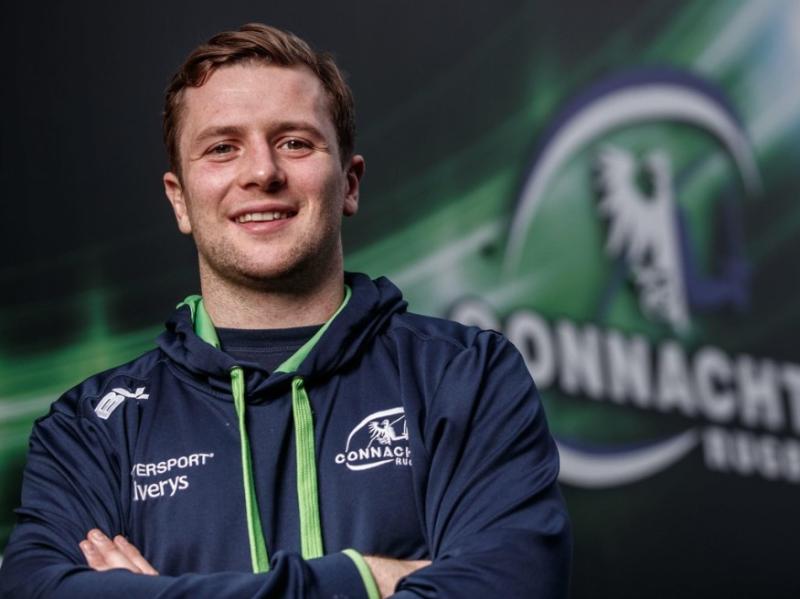 Ireland international lock Ultan Dillane is the latest player to commit his future to Connacht by signing a two year contract extension that will keep him at the Sportsground up to the end of the 2020/21 season. The 25 year old was first capped for Ireland against England in the Six Nations in 2016, the same year that he won a PRO12 Championship with Connacht.

The news follows yesterday's announcement that Jack Carty has signed a two year contract extension with the province to take him up to the end of the 2020/21 season. The Roscommon man made his Connacht debut as an academy player in September 2012 and has gone on to make 118 appearances for his home province.

Dillane joined the Connacht Academy ahead of the 2012–13 season and made his debut for the senior team in December 2014. He has since gone on to make 73 appearances in the Connacht jersey.

Commenting on the signing, Ultan Dillane said, “I am delighted to be extending my contract and committing to Connacht for a further two seasons. I am proud of the fact that I have come through the academy system in the province and gone on to play for Connacht and Ireland at senior level.  There is huge confidence and ambition in the Connacht squad and throughout the organisation and I am really excited about what we can achieve over the next few years.”

Roscommon native Jack Carty made his Connacht debut as an academy player in September 2012 and has gone on to make 118 appearances for his home province.

| "It was a no brainer for me when you look at how ambitious this club is".

Jack Carty tells us about his decision to recommit to Connacht for another two years #StrongerInGreen pic.twitter.com/cxPfJQR6xW

Carty has come through the underage structures in the province, representing Buccaneers and Marist College before joining the Connacht Academy.

Look forward to the next two years with @connachtrugby . Very proud to be able to play for my home province . Exciting times both on and off the pitch. #strongeringreen pic.twitter.com/cP8jdsIxjt

At international level he has represented Ireland at Under-20 level and played in the 2012 IRB Junior World Championship.

The out half has been in excellent form so far this season and in his twelve appearances in the PRO14, has scored 109 points, the second highest in the competition.

Commenting on the signing, Head Coach of Connacht Rugby, Andy Friend said, “We are delighted to announce that Jack Carty has signed a two year contract extension to take him up to the end of the 2020/21 season. Jack is a product of the outstanding work being done at club and schools’ level throughout the province and within the Connacht Academy. He is an example of what our Grassroots to Green Shirts Vision represents. He will continue to be an important player for the province in the seasons ahead”.

Commenting on his contract signing, Jack Carty added: “I am hugely proud that as a Connacht man I have come through the grassroots structures in the province and gone on to play professional rugby. I have a great support network in rugby and away from the game and I am very grateful for the guidance they show me. Connacht is an exciting place to be at the moment both on and off the field and we are extremely ambitious about what we can achieve in the coming seasons. I look forward to contributing to those plans.”