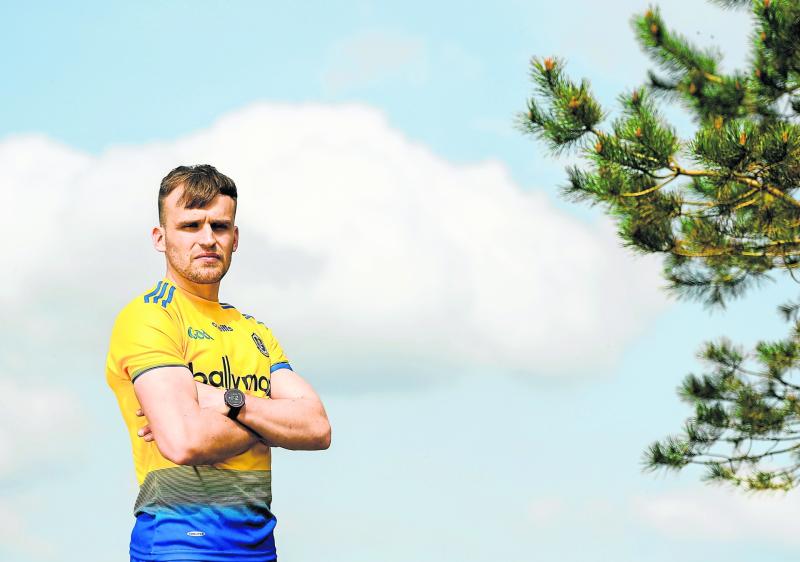 When the draw was made for this year's Connacht Championship last October, Emlyn Mulligan summed up the mood of many supporters when his downbeat televised interview suggested a fourth successive beating at the hands of Roscommon was a forgone conclusion.

However, an eventful spring for both sides means victory is no longer as certain as it seemed last autumn and there is nobody within the Roscommon camp looking ahead of Sunday's clash with Leitrim.

When the conversation turns to Sunday's clash with old rivals Leitrim, Roscommon's Enda Smith is full of praise for his opponents but don't mistake his pre-match words for friendly cliches and platitudes; Enda and his team mates have a healthy respect for their neighbours.

“It’s definitely a familiar opposition, it’s the fourth year in a row we have played them but I think there are different circumstances in terms of the lead up to the game because we are after getting relegated from division one and Leitrim are after getting promoted to division three,” said Enda when attention turned to Sunday's Dr Hyde Park clash.

The Roscommon captain, who has caused more than his share of damage to Leitrim defences in recent year added: “Both teams, we know each quite well but I think Leitrim will probably be a bit more confident than other years that they would definitely be able to give us a scare.”

Although recent history would suggest Roscommon are on course for a straight forward victory, Enda is quite to downplay such thoughts.

“I don’t think so because the two teams have changed quite a bit,” he answered when asked if last year's game in Avantcard Pairc Sean MacDiarmada would have any bearing on Sunday's encounter.

“Obviously there are two new managements straight away, a lot of player turnover from both sides and then with the way things have gone this year.

“Leitrim had a great league campaign and came up with flying colours from division four whereas the last few years they were coming in after deflating league campaigns. It is a different kettle of fish and confidence is funny; confidence breeds confidence throughout and momentum as well is huge. We know ourselves we will have to be on top of our game that day.”

Looking forward to the battle on Sunday between near neighbours @RoscommonGAA and @LeitrimGAA in the Hyde, throw in 3.30pm! Buy your tickets online before the day for a €5 discount! #GAABelong https://t.co/XJsr7k3IQB … pic.twitter.com/Lir7c5Ldvf

Enda puts a lot of emphasis on the league campaigns of the respective counties saying his team's form in recent months means they are not in a position to take anybody for granted.

“Obviously it was disappointing, people point to the Tyrone game and that point we lost at the end with the free but I think ourselves, after reviewing it, probably the Cavan and Galway games, those performances were really below par.

“At the end of the day we still had something to play for on the last day, we still had it in our own hands going out to play Kerry whereas two years ago in 2017 we were knocked out after five games and our performances were really poor.

“This year we know we have added a bit of something else but ultimately whatever division you are in, to be relegated is pretty disappointing.”

The fact that Enda works in Carrick-on-Shannon and hails from close to the dividing boundary means he has a healthy respect for Leitrim: “I’m living in Boyle so I’m right on the border and I get a good flavour of it a lot of the time. It is huge. There is no point in saying it is not, there is a rivalry there between Leitrim and Roscommon and there always has been.

Roscommon will expected by many to be a force to be reckoned when the places are being decided for the super eights but Enda insists his team are taking it one step at a time and have to earn the right to compete at that level again.

“Maybe the media attention around Roscommon would suggest we should be back there but we know as players we have to earn it because we haven’t been that consistent. We’ve always had a year where we had one really good championship performance and then faded. Last year, the super eights is a perfect example.

“We had the Armagh game and then the super eights was a complete dead rubber for us, we were really poor in the three games. I don’t think as players we are looking past Leitrim.

“We know ourselves we are judged on every game we play and we can't afford to take our eyes off any team because we haven’t earned the right to do that.”