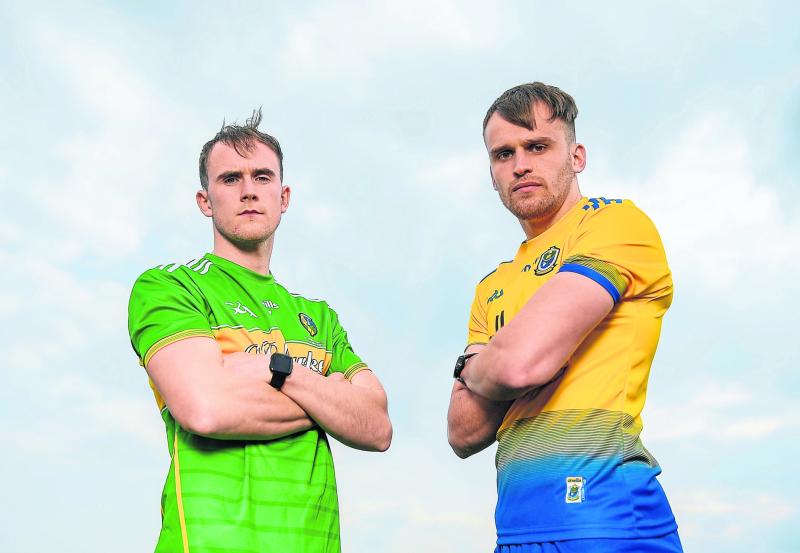 They were the story of the national league for many around the country but the memorable day in Croke Park is now a distant memory for Leitrim captain Micheal McWeeney and his team mates as attention has well and truly turned to Sunday's Connacht championship clash with Roscommon in Hyde Park.

A veteran of the team at the age of 26, Micheal knows only too well the size of the task in hand but feels securing promotion following their memorable league campaign was an essential first step if they are to be able to seriously compete with the likes of Roscommon in the provincial championship and crucially he feels momentum is with his side.

After speaking with members of the local and national media at the Connacht Centre of Excellence to mark the launch of this year’s Connacht Championship, I joked with Micheal that he was a hard man to pin down with numerous photographers looking to photograph the various players and managers that were in attendance.

Those familiar with the centre of excellence will be aware of the various different entrances. While I waited for the pictures to end and meet him at the front door, Micheal was already upstairs with the national media!

When I caught up with him, the St Mary’s Kiltoghert defender casually remarked the photographers were only really interested in the province's division one representatives. If motivation was needed to spring an early upset in this year’s championship, that was merely another source of inspiration.

Sunday’s meeting will be the fourth year in succession Leitrim and Roscommon will have been paired with one another with Roscommon bossing the recent encounters. Last year’s semi-final saw Roscommon emerge victorious with 14 points to spare; in 2017 the Rosies enjoyed a 17 point margin of victory on their path to Nestor Cup glory. A year earlier the primrose and gold ran out victors with 14 points to spare.

Given Leitrim's recent record against their fierce rivals, it is understandable most armchair experts are expecting Roscommon to emerge victorious once more but that is not the feeling within the Leitrim camp. 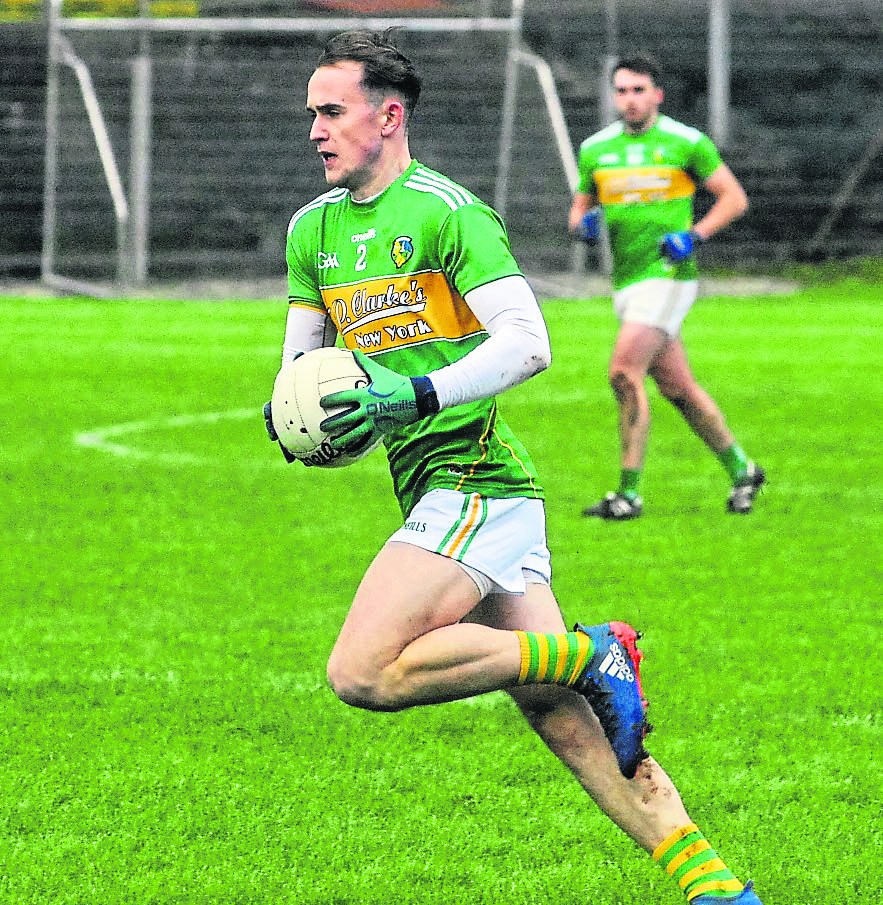 While Micheal, like his manager Terry Hyland is in favour of a Tier 2 championship, if marketed correctly, there is only one game he and his team are focussing on as interest mounts ahead of the trip to Dr Hyde Park.

“You can’t look past it,” he said when attention turned to the clash with the old enemy with a look of determination in his eyes.

“Roscommon is our first championship match and it would be foolish to look past it to anything else. In the last number of years they have given us some bad beatings but we are just completely focused. We have momentum coming in from the league, we got promoted and it’s a good camp.”

It is 25 years since Leitrim tasted provincial glory and while Micheal is making no grand statements about ending that wait, he insists Leitrim are heading in the right direction: “In my eyes the only way we are going to be competing against three division one teams in Connacht is by getting out of division four; it’s making our way up through the national leagues. I think we are closing that gap.”

Given the manner in which Leitrim have been heavily defeated in the past three years it would be understandable if Leitrim were fearful of a repeat scenario on Sunday but that couldn’t be further from the truth with Micheal insisting this young team, under new management will play without fear.

“They’re all confident lads and Terry is getting the best out of them,” the full-back said when talking about the 2019 crop of Leitrim players.

Ryan O'Rourke enjoyed the national spotlight following his national league heroics but Micheal pointed out his attributes have long been known about within camp and around the county and insists there are other forwards also capable of causing problems for the Roscommon defence.

“He can turn on a six-pence. He is a nightmare as a defender trying to look after him but it's not just him there is five or six of them, there is a good handful of them to look after but Ryan has stepped up to the mark this year.”

When talking about the sacrifices made by inter- county players, it is easy to be dismissive but talking to Micheal it quickly becomes apparent how much his life revolves around all things GAA.

Talking about the juggling act to get the work/[football] life balance in order he explained he works as a games promotion officer in Dublin, revealing: “GAA is pretty much 24/7 with myself. I’m with Erin go Bragh between St Brigid's and Castleknock.

“I changed roles so I could get more time to come up and down. I was working in Croke Park and this role came up and I said I would take it for a year or two because I was struggling just getting time out of the office to get down the road. It just wasn’t feasible sitting down in the office all day at a desk and then getting into the car, you were just getting injured.

“I made a sacrifice for now and I really enjoy it and I don’t regret it, bar the change in the pay cheque maybe but no, I enjoy it.”

As he was talking about his coaching work, Micheal spotted Connacht games development manager and Roscommon footballer Cathal Cregg and recalled: “I see Cathal walking past there, I did a bit of work placement when I was in school with Connacht and with Leitrim GAA.

“I always had an eye for it and when I finished in Sligo IT the role came up and I went in to it for a couple of months and then this happened. I was finding it hard to get the balance.” 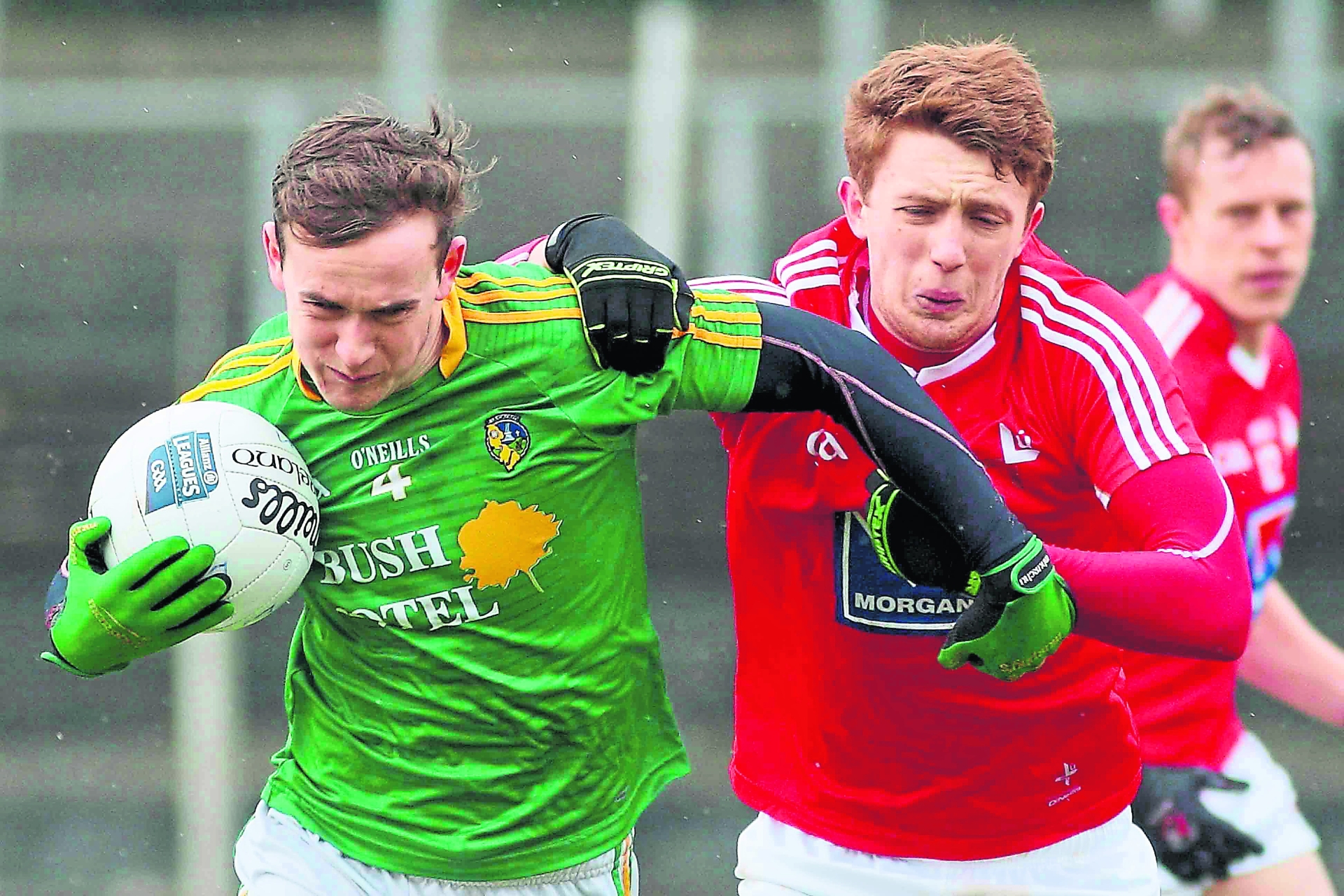 Micheal's work in Dublin has given him a further insight into the problems Leitrim have to contend with but he is certainly not one to look for excuses.

“Erin go Bragh covers a massive area [Clonsilla and Ongar]. It’s only a small junior club but the population alone is crazy.

“That one area that I am looking after, that is a very small club but you're talking half the population of Leitrim. It’s crazy. We don’t make excuses like that, we just focus on what we are able to have, what resources we have and it’s working well for us.”

Before the conversation draws to a close, attention returns once more to next Sunday. With Leitrim effectively now a division three team and Roscommon getting ready for life in division two, it could be argued, psychologically, Leitrim are in a stronger position. But Micheal once again referred to the momentum this Leitrim team have behind them as the biggest reason for optimism.

Looking forward to the battle on Sunday between near neighbours @RoscommonGAA and @LeitrimGAA in the Hyde, throw in 3.30pm! Buy your tickets online before the day for a €5 discount! #GAABelong https://t.co/XJsr7k3IQB … pic.twitter.com/Lir7c5Ldvf

Optimism also comes from the battling performances shown throughout the league, victories that would have been defeats or moral victories in previous years were a sign of the mental toughness in the team with Micheal commenting: “That’s what these young lads have in them. They don’t have any of the baggage that has been there in previous years.

“Myself being only 26, being one of the older players on the team shows the age gap there is in our team and I think that bodes well for us down the line for the next number of years.”