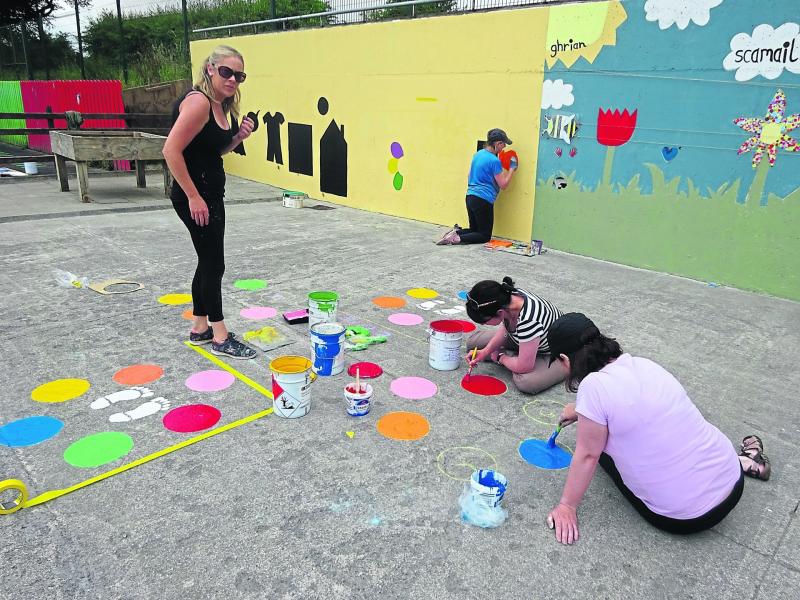 The local community in Croghan joined forces over the last six weeks to transform the school yard at the local national school.

The idea was originally floated by one of the parents as the school yard was all concrete, had no colours, no equipment, there were bare walls and many felt it was a joyless place for the children.

A group of staff and parents came together voluntarily and started the mammoth task of turning the yard into a totally different place for the children in the school, in their own time over the six week period. 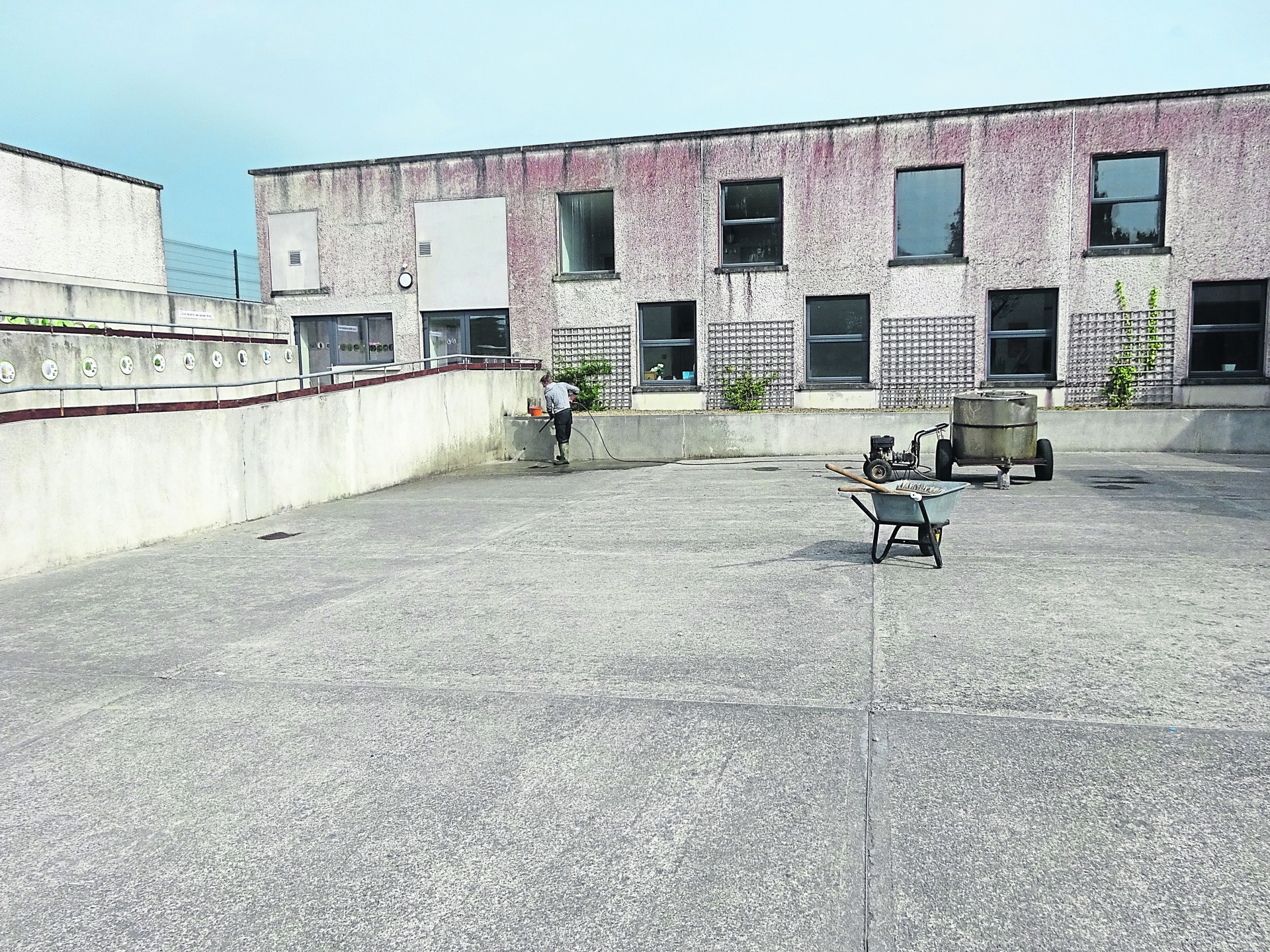 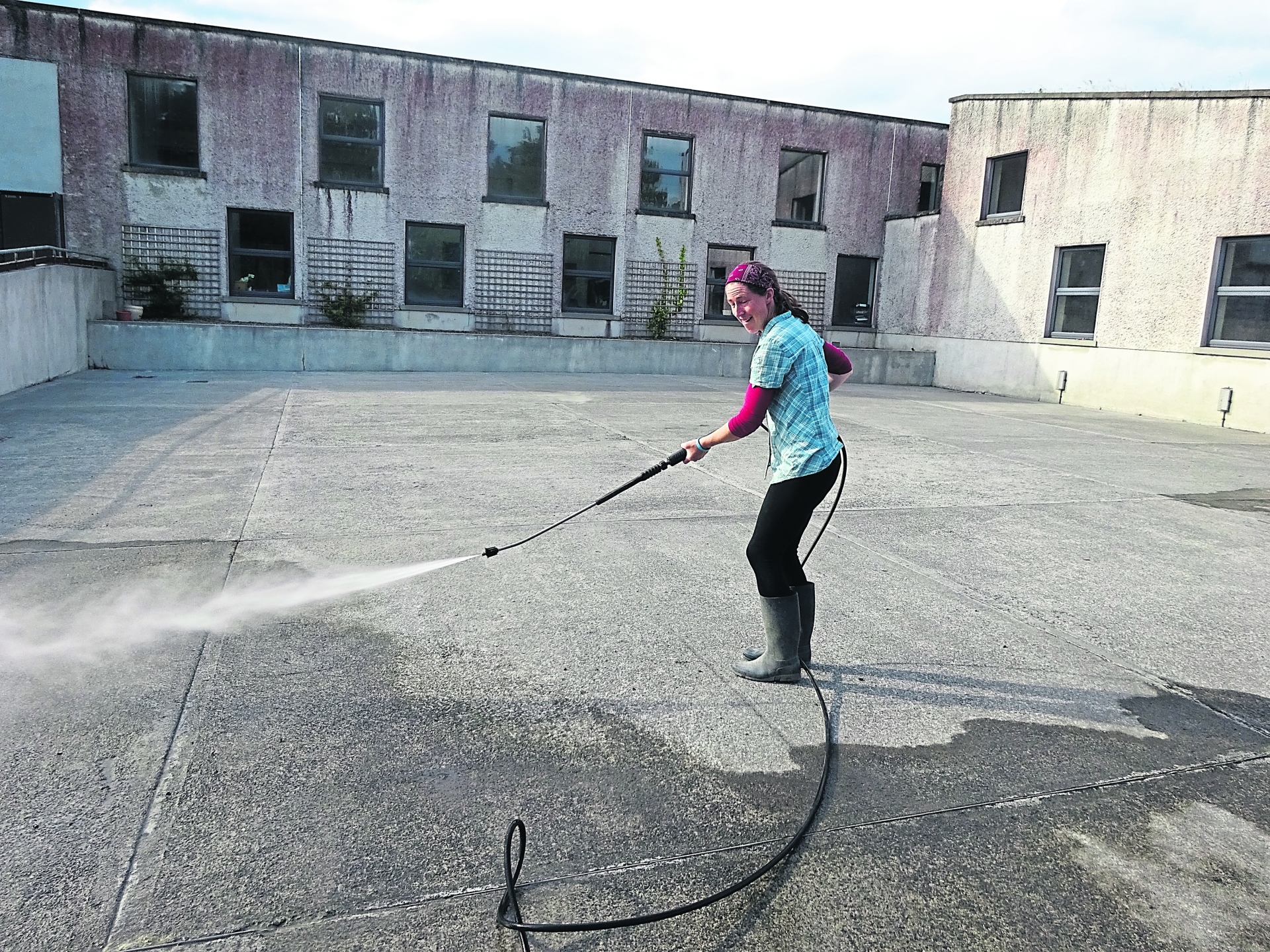 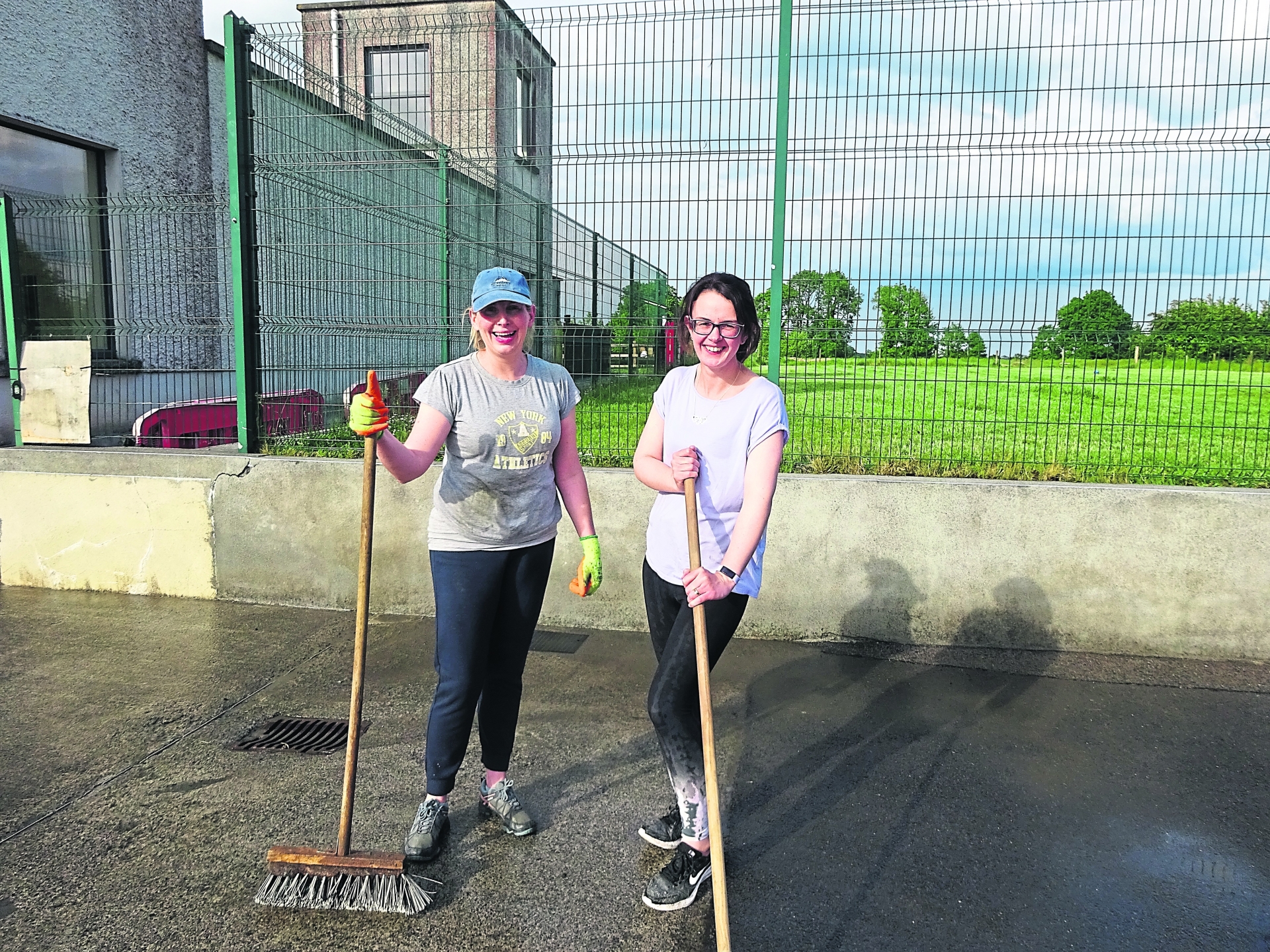 At the start of the project Eimear Browne secured full engagement from the school principal Phia Gannon and she also collaborated with each class to ascertain their wishes and ideas for what they would like to have in their school yard with a vast range of ideas put forward.

There is an educational purpose in a holistic fashion to the artistry on the walls;
For example:
1. Under the Sea themed wall.
2. Mindfulness wall.
3. Greetings wall in the different languages representing the diversity of pupils in the school.
4. Wildflowers wall.
5. Native and non native trees wall.
6. Seasons of the year wall.
7. Inspirational wall with positive quotes.
8. Silhouettes wall incorporating a lot of different activities that our children are involved in (not all kids are crazy about just football!).
9. Solar system wall with the planets named and are drawn out to be used as target purposes.
10. Anywhere you see black paint in the pics, they used chalkboard paint so the children can draw on these shapes with chalk and ignite their imagination! 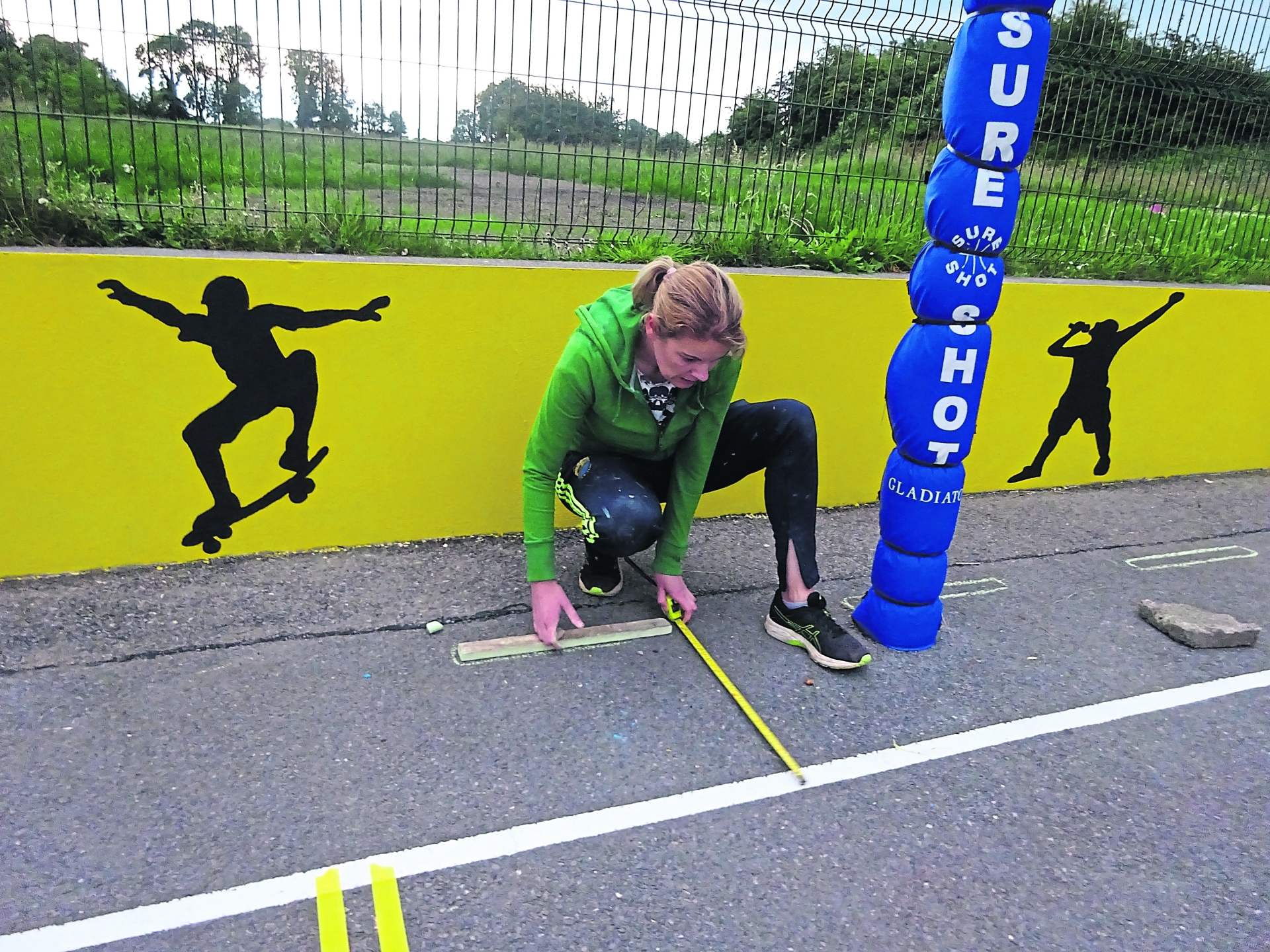 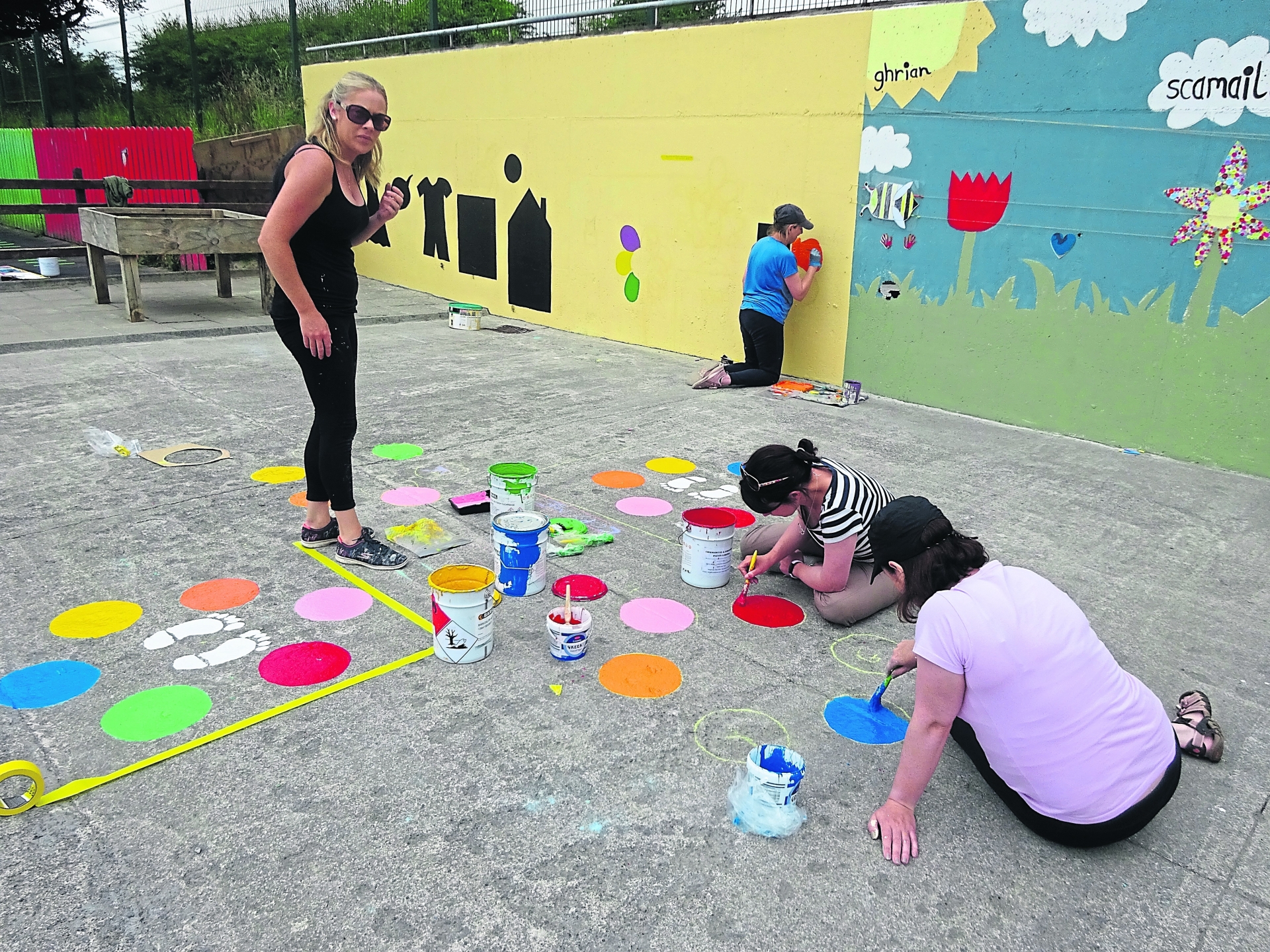 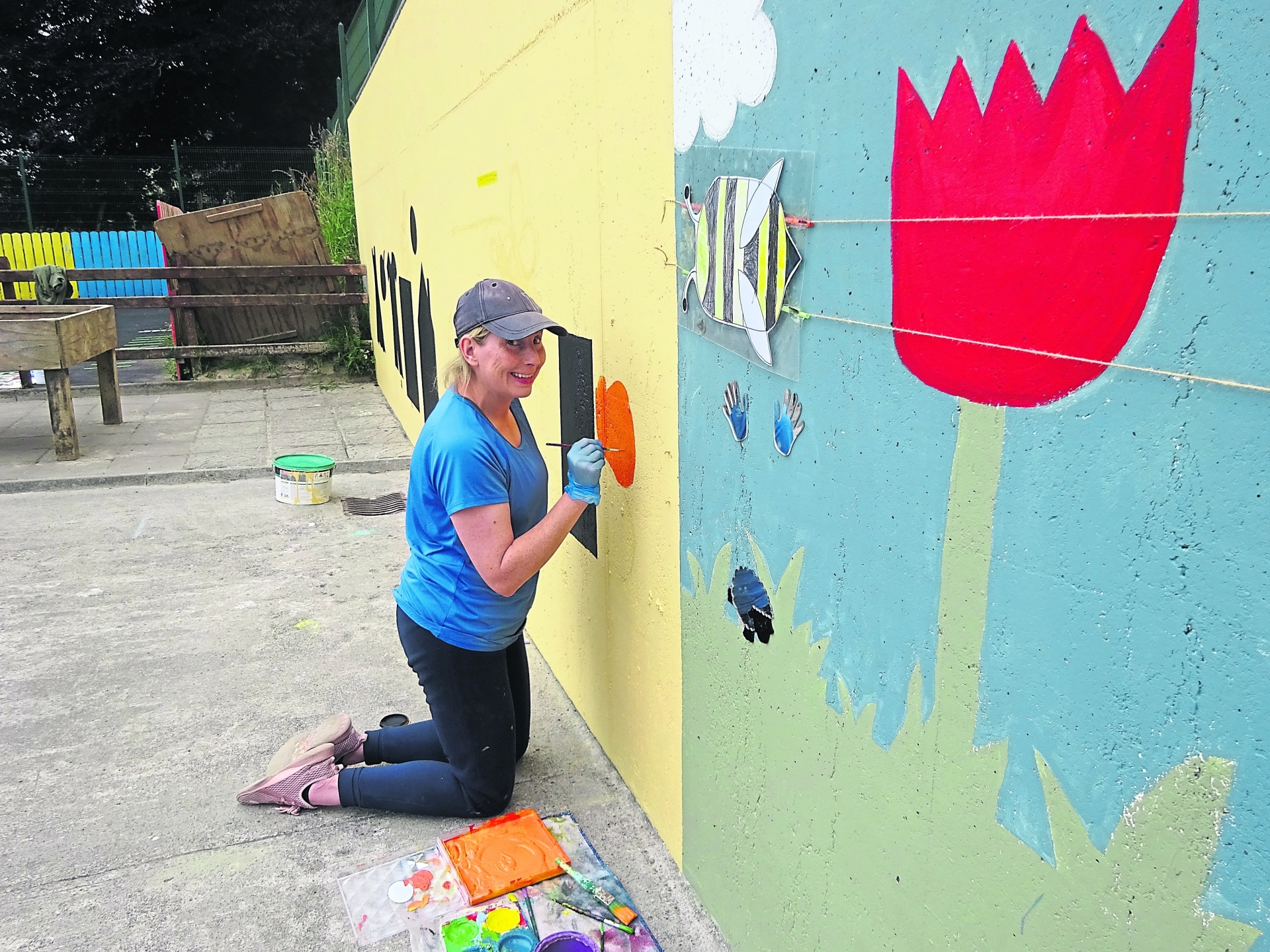 They managed to get stencils 6ft wide to use on the ground to draw out hopscotch, crab walks, and lots of other ground games that the children will love.

Some of the staff are very talented artists and have also sketched numerous murals on the walls with a theme on each wall.

Five local shops donated paint to the project and the volunteers would like to thank:
Lynch's of Kilclare
Leitrim Hardware in Carrick
Joe Simon's in Boyle
Cooney's in Elphin
Sloan's in Boyle.

Also a big thank you to the Health Promotions Unit of HSE Sligo for the lend of 10 large stencils to stencil out the ground games and activities on the school yard and soft play area. 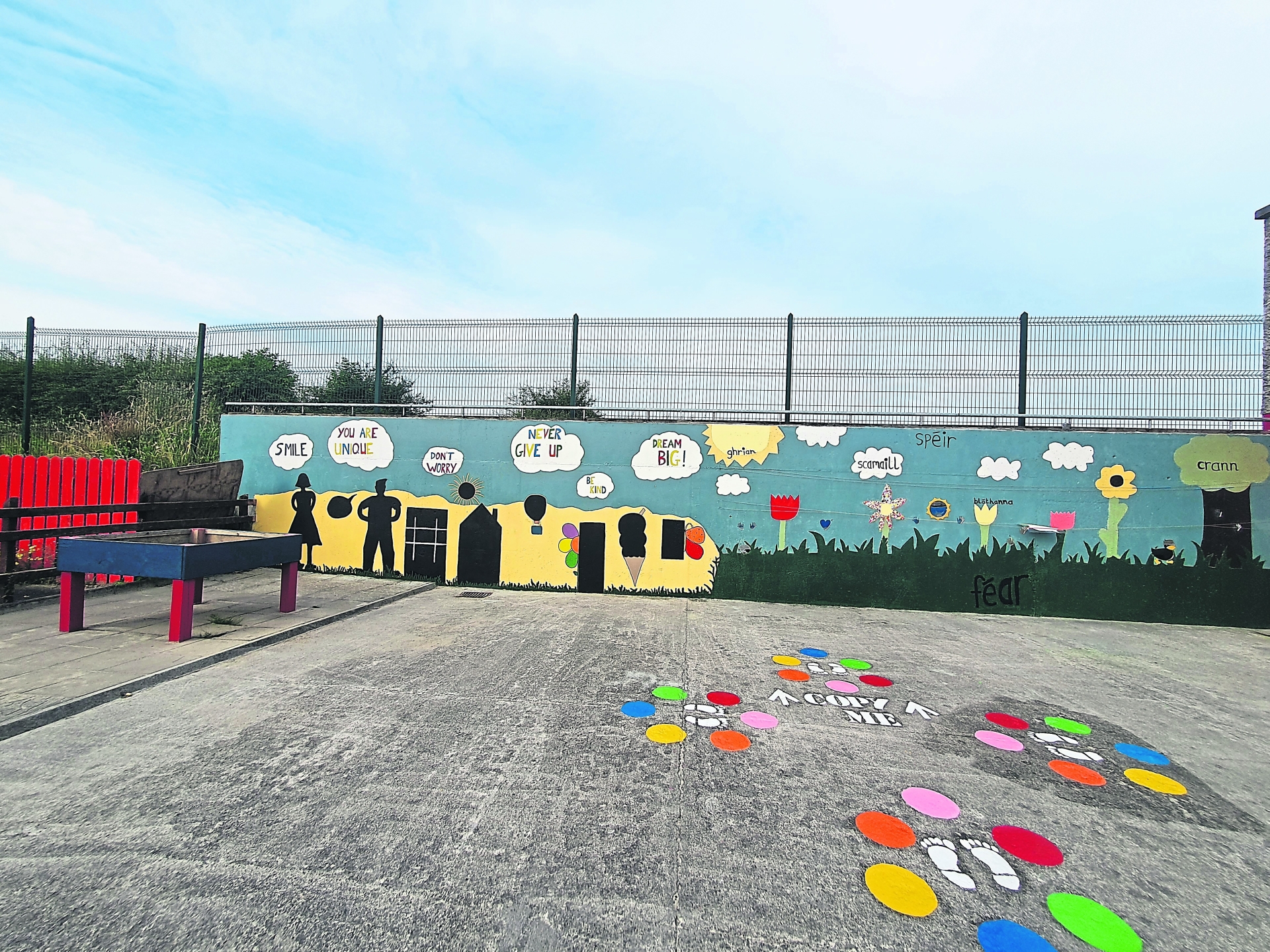 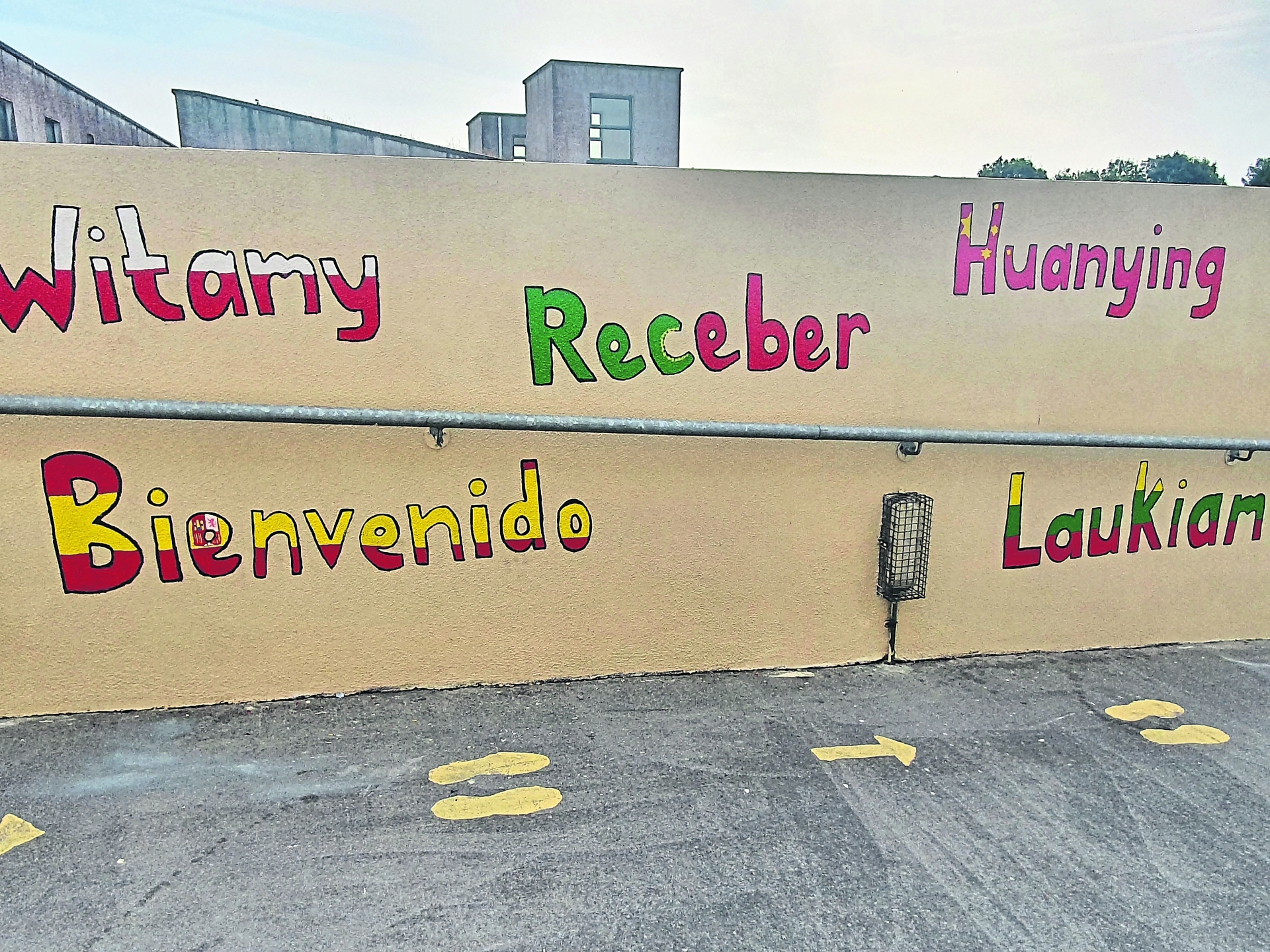 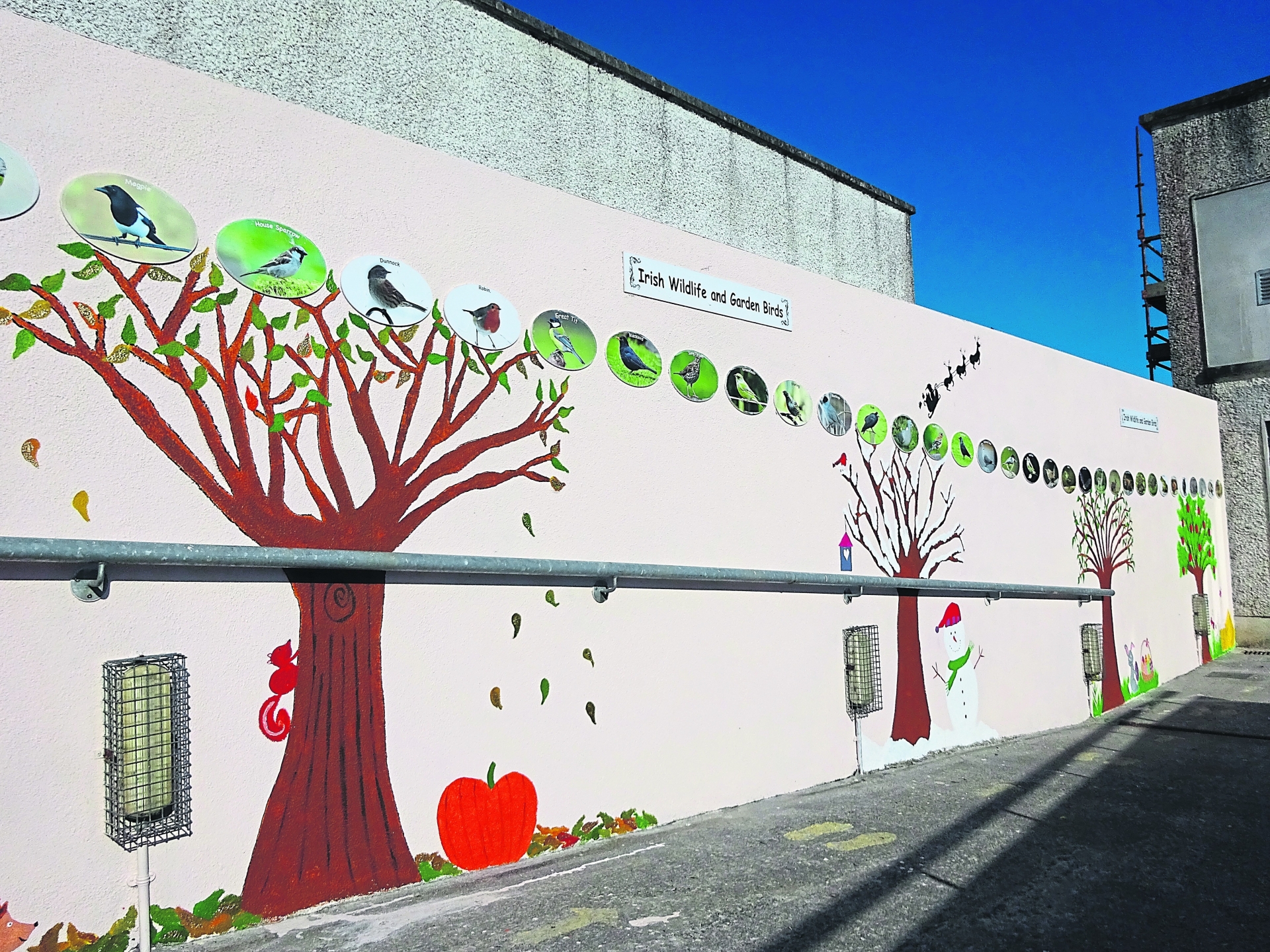 As can be seen in the before, during and after pictures the project was a huge successful and will no doubt bring much joy and fun for all the school children attending the school and for the many more to come in future years. It just shows what can be achieved by the local community together.