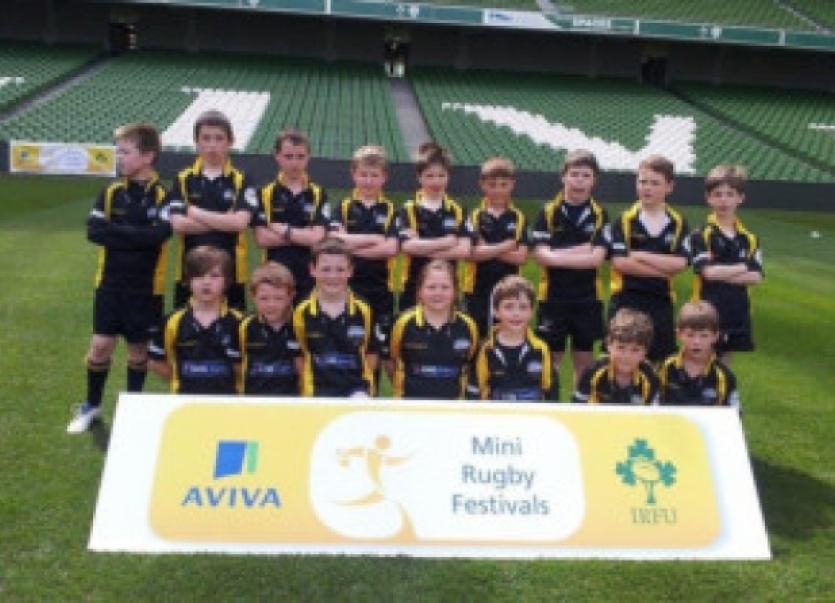 The night was a celebration of the clubs successes on and off the field across all levels from Minis, Youth, Women and Men.

The night was also used to present players from Carrick Senior Mens team who have stood out throughout the year.

The club would like to congratulate Conor Glancy on been award ‘Up and Coming Star’. Keith Crossan on ‘Coaches Players’ and club captain Colm McWeeney on winning the coveted ‘Player of the Year.

Minis attend Aviva Minis Festival: The club’s under 9s/10s Minis travelled to the Aviva Stadium last Saturday to take part in a new initiative by the IRFU to encourage and reward the good work been done at Minis level.

Carrick Minis were one of only sixteen teams invited to attend the event where they were put through their paces by some of the IRFU’s best coaches while also getting the opportunity to play on the hallowed turf of the Aviva Stadium.

The experience is sure to be one that will stay with this group of players for a very long time to come.

Tag Rugby: The last Tag training session will take place on Thursday night next at Castlecara Rd. We will be holding a registration evening the following week, May 29, as well as demo the game to new participant.

Anyone wishing to register early can do so at www.carrickrugbyclub.ie/1/tag-rugby