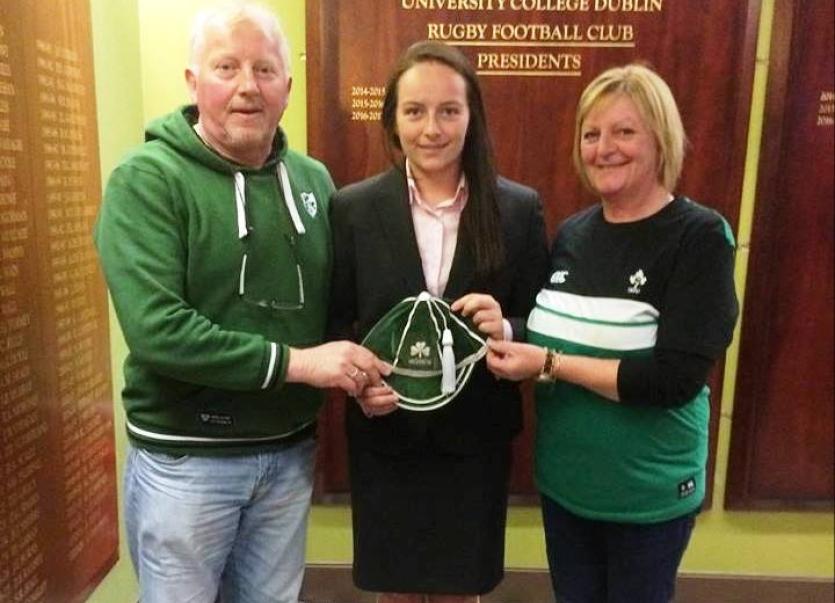 Nicole Fowley will line out in the centre of the third week in a row when the Irish Women’s side take on the New Zealand Black Ferns in their final game of the November series on Sunday.

Ireland Women's Head Coach Tom Tierney has made ten personnel changes and one positional switch to the starting side that were defeated by Canada last Saturday.

Niamh Briggs has recovered from the injury that has seen her side-lined for the past two weeks and will captain the side from full-back. Briggs' return sees Mairead Coyne, who started the games against England and Canada at full-back switch to the wing.

Ulster's Claire McLaughlin will play on the opposite wing and inside them will be Nicole Fowley and Sene Naoupu who will line out in the centres for the third week in a row.

Up front, the same eight that started against England two weeks ago return, with Lindsay Peat, Cliodhna Moloney and Ailis Egan forming the front row, while behind them, Marie-Louise Reilly and Orla Fitzsimons resume their second-row partnership. Claire Molloy, Ciara Griffin and Paula Fitzpatrick make up the back-row.

Speaking on the confirmation of the side, Tom Tierney said "Last weekend's test against Canada was an important learning-experience for the side. Canada showed why they are one of the top ranked teams in the World and our players will learn a lot from taking on opposition of that standard.

“With that in mind, we welcome New Zealand to UCD on Sunday as they come off the back of a win over Canada in Donnybrook yesterday, securing their status as number one ranked team in the World.

“As we continue to develop over the November Series, we will again have some new combinations to look at on Sunday. We've seen how New Zealand played over the last two weeks in their games against England and Canada so we are aware of the challenge that they will present us in UCD.”

Tickets for the Women's November Series are on sale at: www.ticketmaster.ie/womensrugby.

The game will be streamed live via the Irish Rugby YouTube Channel (www.youtube.com/user/IrishRugbyTVOfficial) & on Facebook Live (www.facebook.com/irishrugby).