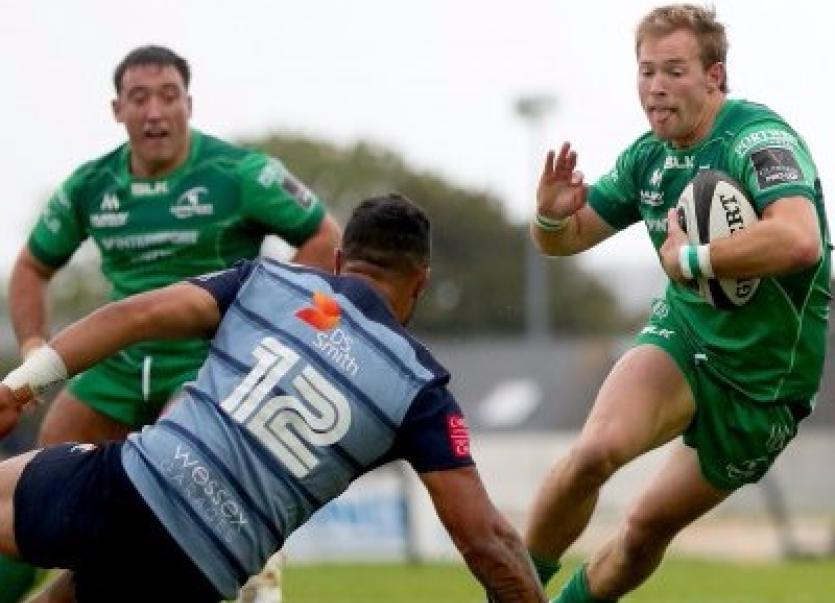 Kieran Marmion is set to make his 100th Championship appearance for Connacht in the PRO14 tomorrow night away to Ulster in the season's first Interpro (7.35pm, live on TG4 and BBC NI).

Head Coach Kieran Keane includes captain John Muldoon and Ireland scrum-half Marmion in the starting XV along with Matt Healy as the winger has recovered from a groin injury.

Tiernan O’Halloran moves to full-back having scored two tries against Scarlets last time out with Cian Kelleher, also a try-scorer last week, on the right wing.

Tom Farrell and Bundee Aki form the centre partnership. Aki has played every single minute for Connacht so far this season and Farrell’s four offloads last week were more than any other PRO14 player in round five.

Marmion, who has made more passes than any other player so far this season (405), teams up with Jack Carty in the half-backs with the out-half the PRO14’s fifth top scorer on 39 points.

Hooker Tom McCartney is flanked by Denis Buckley and Finlay Bealham in the front row as the second row partnership of Ultan Dillane and Quinn Roux remains intact.