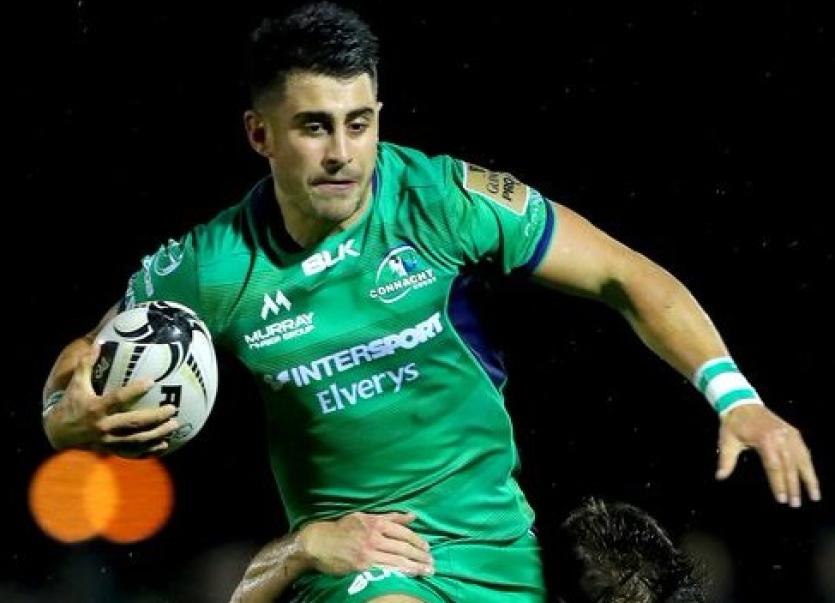 The IRFU and Connacht Rugby are delighted to announce that Tiernan O’Halloran has extended his contract with Connacht up to the end of the 2019/20 season.

O’Halloran made his Connacht debut in October 2009 while still a Connacht Academy player and has since made over 130 appearances for the province. He has also earned six caps for Ireland, his most recent coming during the summer tour of the USA.

O’Halloran grew up in Clifden Co Galway and played his underage rugby with Connemara.

Commenting on the signing, Connacht Rugby CEO, Willie Ruane said: “We are delighted to announce that Tiernan O’Halloran has signed a contract extension to take him up to the end of the 2019/20 season. Tiernan is a Connacht man who has graduated through the club game, into our academy and on to wear the Green jersey of Connacht and Ireland.

“He is an example of what our Grassroots to Green Shirts Vision represents. He has been an outstanding player for us over the past few seasons and will no doubt be a central figure for us as we target further success in the seasons ahead”.

Commenting on his contract extension, Tiernan O’Halloran added “I am a proud Connacht man and am delighted to be extending my contract with my home province for a further two years.

“The current squad is an ambitious group and we are determined to bring further success to Connacht. I would like to take this opportunity to thank the Connacht supporters who have been loyal to me and the entire team season after season.”