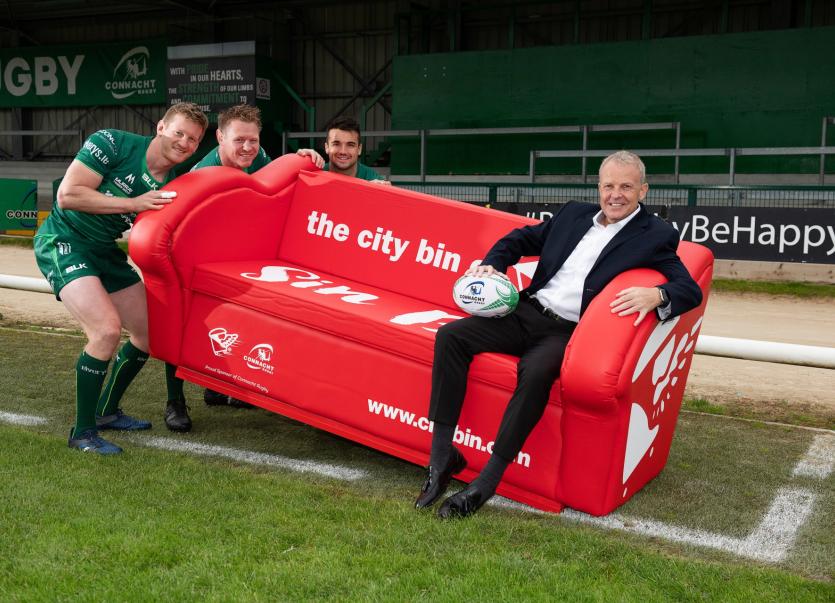 The City Bin Co. has over two decades of experience in waste management and innovation, and now brings this knowledge to an organisation keen to place a greater emphasis in sustainability both on and off the field.

Announcing the new partnership, Head of Commercial and Marketing at Connacht Rugby Brian Mahony said, “This partnership is much more than a traditional partnership. We are committed to reducing the amount of single use plastics and waste going into landfills and The City Bin Co.’s expertise in the field of sustainability is central to making this happen.

"Both Connacht Rugby and The City Bin Co. have their roots in the province and we see this as a natural partnership, to provide ongoing guidance and education not only to the team and supporters, but also to the next generation of green ambassadors."

Commenting on the exciting new partnership, Gene Browne, CEO, The City Bin Co. added, "We are excited to come on board with Connacht Rugby as Sustainability Partner for the next three years. Connacht Rugby has a long tradition and presence in local communities with a very devoted and growing fan base, but are also very aware of the legacy they want to create for the future, which is what makes the partnership such an excellent fit for us.

"Through various initiatives and activations, we will bring awareness in a way that is directly aligned with Connacht Rugby’s community driven purpose."

We look forward to supporting the continued success of Connacht Rugby in the seasons ahead.”