Close but no cigar for Longford Senior Men 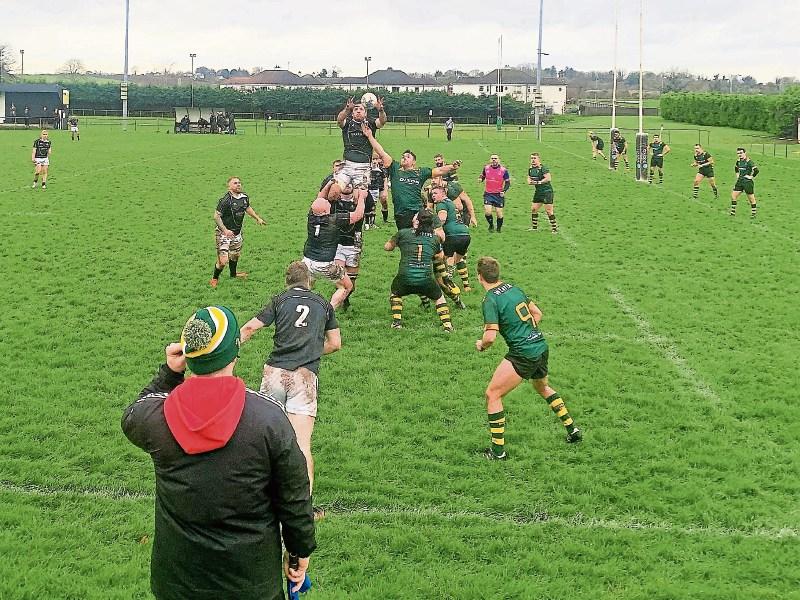 J Geelan with the lineout for Longford against Boyne

Longford Senior Men will be wondering how they let a 15 point half time lead become a nine point loss at full time. This one will really hurt, especially as they dominated the first half and arguably should have scored more points.

Longford quickly established both possession and territory and set up camp on the Boyne line. Longford did not cross the whitewash but knocked over a penalty courtesy of Joe McGowan to take an early lead.

Four minutes later it looked like for all the world that Longford would cross for their first score but a desperate Boyne cover tackle forced a Longford knock over the line. However, the hosts did have the consolation of another penalty to lead 6-0.

The home side continued the momentum and were unlucky not to convert a great break by Podge O’Farrell into some points. Longford kept on ratcheting up the pressure and eventually went over wide on the left for a well deserved unconverted try on the 25th minute mark to go into a 11-0 lead. The lead was added to by another McGowan penalty.

However, on 35 minutes Boyne converted their first real foray into the Longford half into five points. Boyne kicked to the corner and then threw to the front and then back to the hooker who cruised in unopposed. This was a big blow for Longford.

However, they did not drop the heads and managed to tack on two more penalties to establish a healthy 15 point lead at half time.

Everything was feeling pretty good in the Longford camp even though they had to play against a strong breeze in the second half.

Boyne managed to mount early pressure and go in for a converted try five minutes into the second half. Longford came back and due to the strong wind opted to kick a penalty to the corner. Unfortunately, the line out never really functioned for Longford on the day and Boyne turned over.

Disaster then struck when Longford put a kick through while on the attack into the Boyne 22. It was gathered by their dangerous full back and a minute later Longford conceded a penalty five metres out, which Boyne turned into seven points to cut Longford’s lead to one point 20-19.

All the momentum had swung to the away side at this point with Longford trying hard but nothing coming off. Boyne then took the lead for the first time of the match via the penalty and to add insult to injury Boyne managed to score a converted try before the end, which earned them a bonus point and denied the home side the consolation of a losing bonus point.

It is fair to say due to a combination of injuries, bad luck and off field issues that the side have had not anything like the rub of the green. Finally, it was a great credit to field two competitive teams with upwards of 20 senior players unavailable or injured. The J2 Senior Men also took on Boyne and were very competitive but ultimately succumbed to a loss.