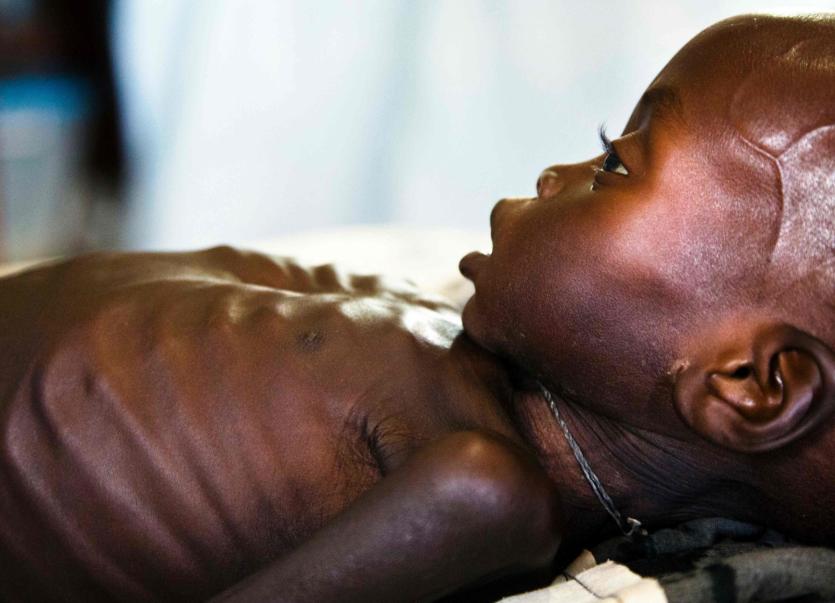 It is estimated that 5.6 million children under five died last year and that around three million of them had hunger related illnesses.

Leitrim people are being asked to take part in this year’s Concern Fast when they can give up any habit or activity for 24-hours to raise vitals funds for children suffering from hunger around the world.

The annual Fast campaign - one of Ireland’s longest running fundraisers, which is run by aid agency Concern Worldwide - takes place this year on Thursday, November 23.

Traditionally, Fast participants focused on giving up food for a day, but people also do 'digital fasts' that involve forgoing social media and online activity while others try to give-up coffee, smoking and other habits.

Another Fast idea from Concern this year is for Ireland’s ‘phombies’ to use the opportunity to try and spend a day without being distracted by their mobile phone device when walking.

Phombies, or phone-zombies, are people who stare at their mobile phone while walking and are completely oblivious of other people and their surroundings.

They can be regularly spotted ‘phombie-walking’ in every town and city across Ireland and beyond.

Concern Worldwide Marketing Executive, Christina Meehan, said: “Concern Fast is a rewarding opportunity to challenge yourself for a very deserving cause.

“We think it can also be a fun way to detox on modern habits that many people have, like looking at our phone when walking to a shop or to catch a bus. 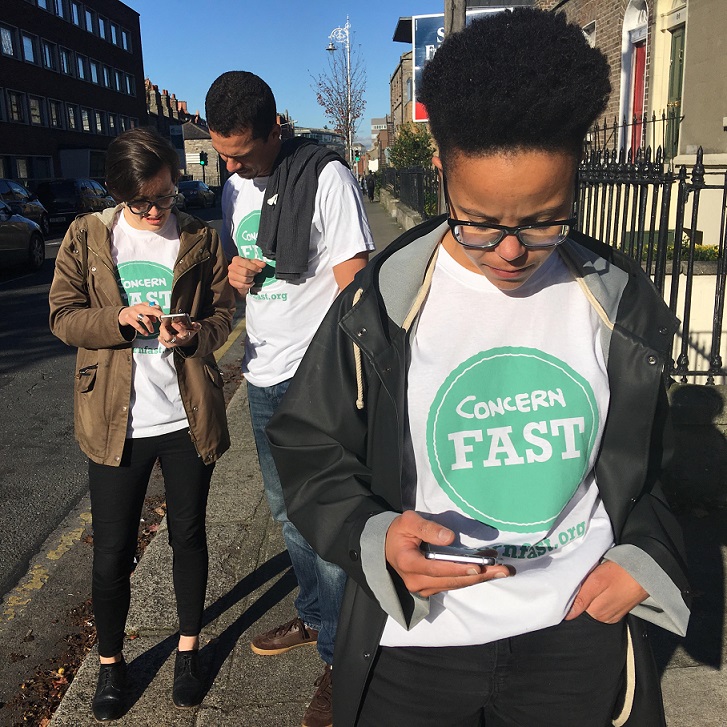 Pictured is Concern Marketing Executive, Christina Meehan is giving up being a phone zombie.

“I think it’s important to stay present. When we are present we have the time to think about others and connect to the world and this is exactly why I’m giving up my phone for a day.

“For decades, Fast has been helping millions of children suffering from hunger - and we ask that people continue to take part and do what they can because it really does make a difference.

Christina said that this year has been especially tragic for so many children with famine casting a shadow over four nations, including South Sudan and Somalia, where over 20 million people are still at risk of starvation.

Globally, it is estimated that 5.6 million children under five died last year and that around three million of them had hunger related illnesses.

The Fast campaign raises funds that help provide high-energy therapeutic food for malnourished children to try and prevent their conditions becoming fatal and to reduce the sobering statistics that show how many people suffer from hunger.

A €30 donation can provide emergency nutrition support to a malnourished child for one month while €300 can provide a family with enough food to eat for six months.

Concern reached 22 million people in 27 countries in 2016, largely because of the funds it received from the Irish public, including donations from Fast.

“We cannot thank the Irish public enough for their ongoing support for Concern and all of our dedicated volunteers who do street collections and other fundraising activities,” added Christina Meehan.

TEN Concern Fast ideas for what to give up for 24-hours
on Thursday November 23 [Register: Concern.net/fast]

Phombie-walking - Stop being a ‘phombie’ looking at your phone while walking.
Coffee Blackout – Have a no-coffee day.
No-Butts – If you smoke, try being smoke-free for 24-hours.
Digital-detox - Try not using any digital technology.
No social post - A day without posting on social media.
Landline only – Try going back in time and not using your mobile phone to make a call.
TV Free – A day without watching any television.
Like, Eh – Give up vocalised pauses, which are the fillers used in sentences, such as “um”, “ah” and “like”.
Game Over – Zap video gaming for 24 hours.
Silence Please – Try a day without talking.