The Parents’ Association and the Board of Management of St Brigid’s NS Drumcong organised a farewell event on Sunday, June 26 last to mark the retirement of school principal Mrs. Angela White. Mrs. White (who is due to retire in August) and who has worked in Drumcong N.S. since 1988 and took on the role of principal in 1998.

The large gathering included pupils, parents, past –pupils, present and past staff members, previous and present Board of Management members as well as the wider local community.

The Kiltubrid Pipe Band played while a guard of honour formed to welcome Angela and her family to the event.
A number of presentations were made on the evening including presentations from the Board of Management, Parents’ Association, Staff of Drumcong NS and the local community. 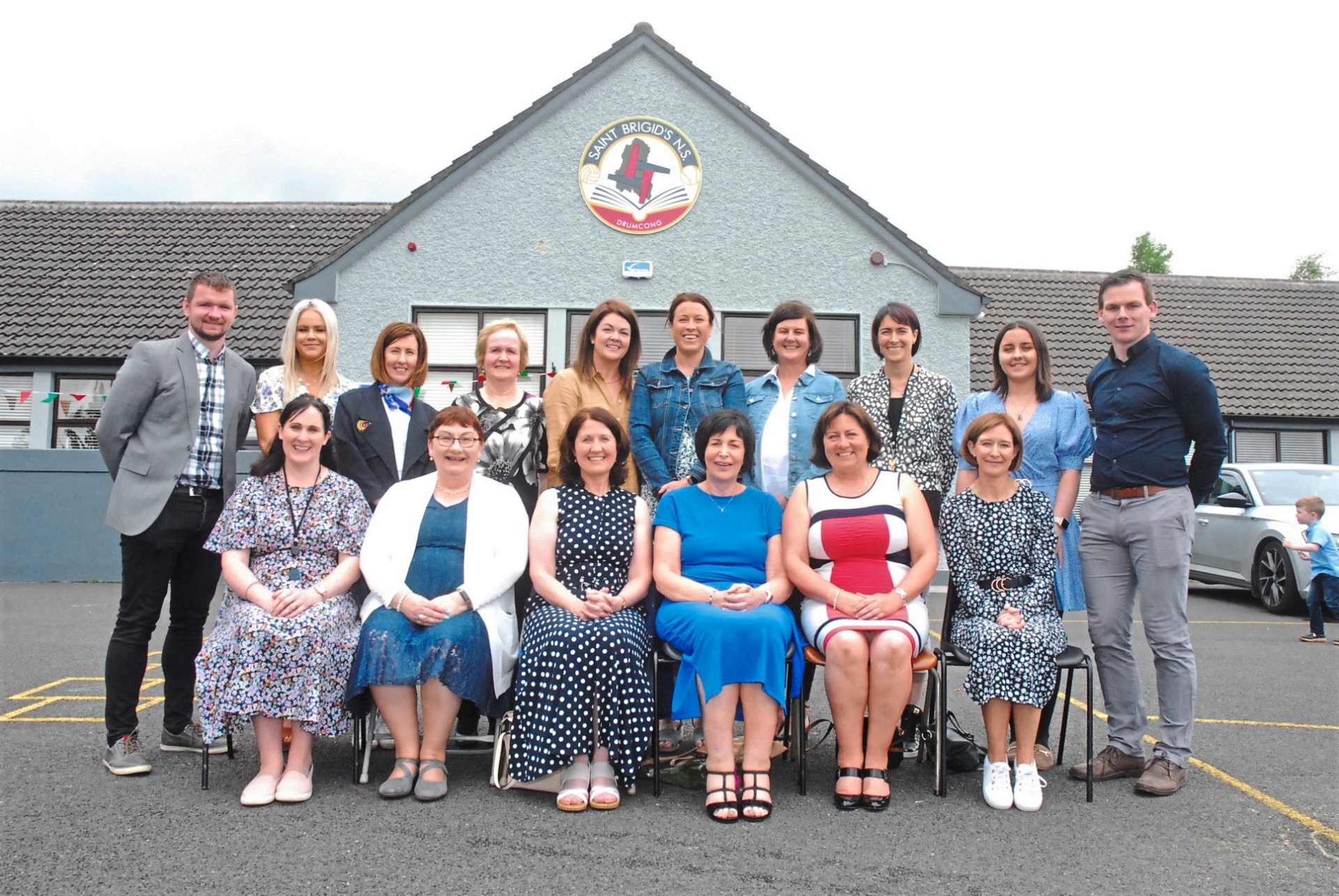 The chairpersons of the Board of Management Mr. Paul Gannon and The Parent’s Association Mr. Barra Mc Kiernan paid tribute to Angela and thanked her for her 34 years of outstanding service to the school community both as a teacher and a principal. Finola Mc Gowan spoke on behalf of the school staff and thanked Angela for promoting and sustaining an excellent quality of pupil care, learning and teaching in Drumcong NS throughout her career.

Mrs. White extended heartfelt appreciation for all the support given to her by the school community down through the years and for all the good wishes she received on her retirement. The speakers represented the whole community as they thanked Angela for the wonderful legacy she left behind and wished her health and happiness for the future. The evening concluded with refreshments for everyone.