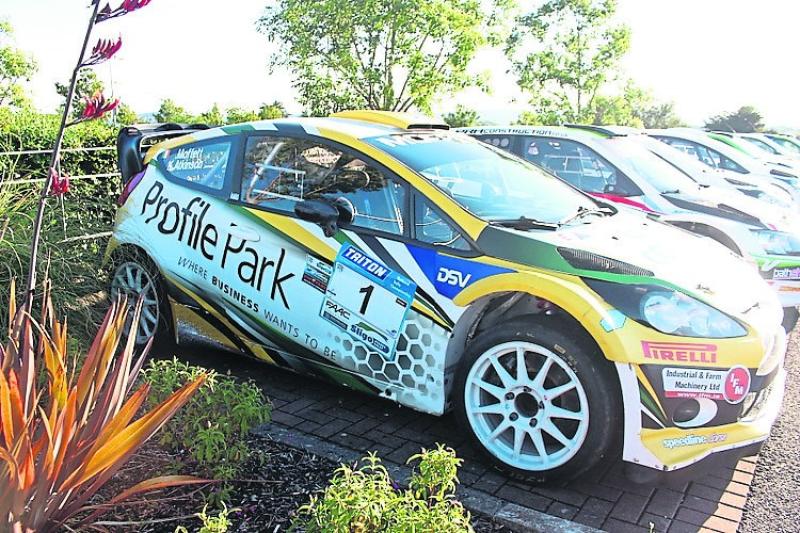 North Leitrim’s regional and local roads will host no less than three important legs of Sunday’s Sligo Stages Rally in the Glencar/Lurganboy, Glenfarne/Killargue and Newtownmanor/Dromahair areas.
The colourful rally cars and their back-up teams will be much in evidence around the roads of Manorhamilton and in the above mentioned areas from early on Sunday, as they move from on stage to another as well as when racing is taking place.
The organisers, the Connacht Motor Club Sligo say “the rally will be round four of the 2019 Triton Showers National Rally Championship, round four of the 2019 Sligo Pallets Border Rally Championship and round four of the 2019 Top Parts West Coast Championship.”
Lurganboy native, Padraic Boylan is Press Officer for the Sligo Stages Rally. Manorhamilton man, John F. Golden along with Rosemary Walsh will operate one of the official safety cars during the rally.
Monaghan’s Sam Moffett and Killarney man, Noel O’Sullivan (co-driver) won last year’s Sligo Stages Rally driving a Ford Fiesta F5+. Sunday’s rally headquarters will be in the Sligo Park Hotel while the rally will get underway from Sligo Retail Park Carraroe.
Rosemary Walsh, who is the Sligo Stages Rally Clerk of the Course, says “this year the rally will take place in both counties Sligo and Leitrim, in an area where it has received a warm welcome in the past.
“I wish to acknowledge the co-operation of the residents and businesses along the route, hope they have a safe and enjoyable day and we will endeavour to keep any inconvenience to a minimum.
“In this regard I would ask that competitors, while traversing the route respect the residents – in particular during reconnaissance when the roads are open and the public are going about their daily business.
“Please drive with care and where possible give priority to local traffic. Also please collect all litter and dispose of it appropriately. It is also important that spectators respect private property and the residents along the stages and that they do not impact negatively on the environment.”
The North Leitrim road closures for Sunday’s Sligo Stages Rally are – Location A (9am to 6pm) from Sligo County Boundary on Glencar Lake Road via L4146, via L4139, via L4181, via L4121, via L4138, via L4137, via L4134, via L4135 at Shanvus. The alternative routes are via the N16 – Location B (9am to 7pm), commencing at the junction of the L2217 and the L2206 at Moneenshinagh via L22061, via L4220, via L4221 in Meenemore Townland until the junction with the R280 at Tannyhoosy. The alternative routes are via the N16 and the R280 –
Location C (10am to 7pm) from the Sligo country boundary at Faslowart via R286, via L157, via L41572, via R286 to the junction with the L2854 at Corrycullen. The alternative routes are via R287, N4, N16 and R278.