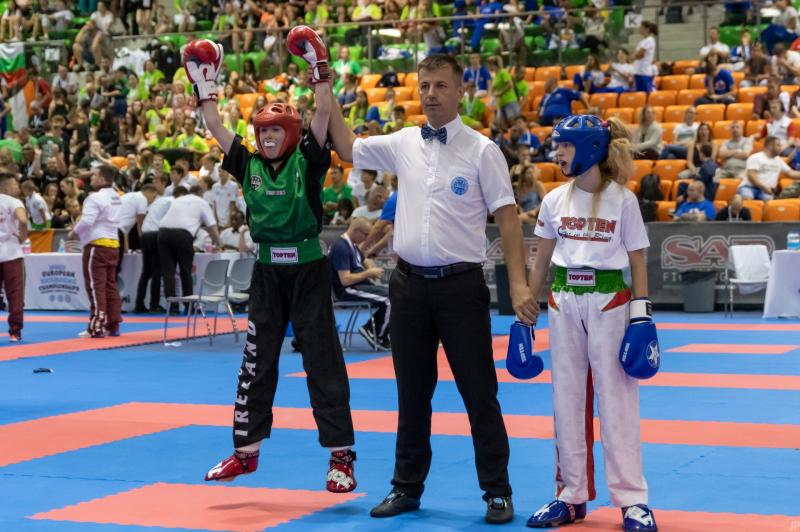 Dromahair’s Nora Walsh who is 13 years old and has trained with the Sligo Mugendo Club in St. Josephs Church Hall, Ballytivnan, Sligo has secured a silver and a bronze medal in the World Association of Kickboxing Organisation “WAKO” European Championship in Gyor, Hungary. 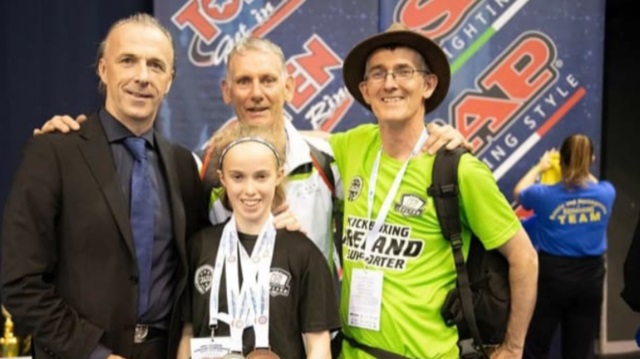 Fifteen hundred young sportspeople from over thirty country’s competed for honors in a sport that has National and world recognition and is now headed up by Ireland's Roy Baker from Dublin. In his opening address to the Games he spoke with confidence of the sport getting Olympic status in the near future.

Nora, whose medals came in the disciplines of Light Contact and Points fighting-37kg Older Cadets has been training in the Sligo Mugendo Club since 2013 and with the IRISH team since 2017 but this is her first attendance at a major Championship.

Commenting on the experience, Nora a regular with Dromahair GAA said “it’s been an honour to represent Ireland and my Club Sligo Mugendo in the sport that is my passion. As a martial art, kickboxing requires discipline, fitness, defensive skills and yes a necessary aggression if you you are going to win against your opponent!"

Roy Baker echoed this in his opening address to the games “kickboxing teaches children resilience; how to fall down and stand up again and dust yourself off.”

Manorhamilton man, Michael McDermott who himself represented Ireland on the matts in the 1980s and later as a national coach and President of KBI set up Sligo Mugendo in 1982 and has trained a number of previous World and European medalists at Full Contact, Light Contact and Points said of Nora’s performance: "This is the biggest stage in the world for the Sport and Nora has shown in her first international just how good she is.

"Her discipline in preparation, and her fighting spirit have paid off. She has a bright future ahead of her in the Martial Arts, and is a pleasure to work with."