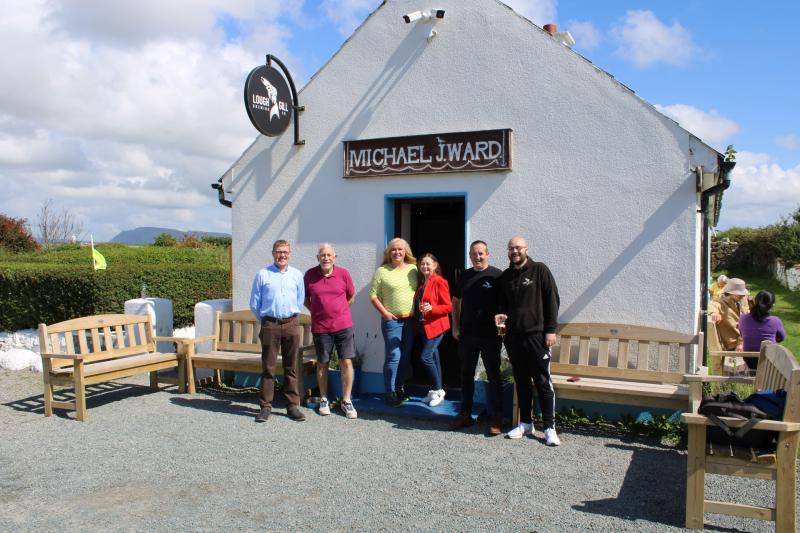 The Neap Tide Coney Island Festival takes its name from ‘neap’ tide – the lowest tide of the year – and the only time the island, nestled between Rosses Point and Strandhill, can be accessed throughout the day from the mainland by foot, bicycle or car.

As well as traditional folk and roots music from some of the North West’s best-known musicians, the family-friendly festival will feature the very best of seasonal Sligo food from Lincoln’s in the Railway Bar as well as locally-brewed craft beers from the Lough Gill Brewery.

The event is being organised by Marie Perret, daughter of the late John McGowan who ran the island family pub for many years. She has re-opened the pub during the summer season to serve island residents and visitors who return year after year

Marie has enlisted Lough Gill Brewery, Lincoln’s in the Railway Bar and Sligo Live to help run the festival, which is being grant-aided by Sligo County Council and the Department of Tourism, Arts, Culture, Gaeltacht, Sports and the Media under their Local Live Performance Programming Scheme to assist the music industry restart following the pandemic.

Tickets for the special event are now on sale and organisers are urging people to be quick  as numbers will be limited to respect the island’s size and fragile natural environment. The festival will be a sustainable ‘Leave No Trace’ event.

In keeping with the unique atmosphere of Coney Island, the musical genre will be folk and roots and will feature some of Sligo’s best-known musicians, No Crows, Old Hannah, Sandy Kelly and Seamie O’Dowd, Old Market St Swing Band and Moon Looks On (Stephen Gormley), together with a selection of traditional musicians playing in session.

The island festivities on August 20th will be under the cover of a bright and airy stretch marquee and will commence at 12.00 noon on August 20th and will continue until 10.00pm that evening. The times have been selected to facilitate families and to ensure festival-goers can arrive and go home safely in daylight. Neap tide is the lowest tide of the year which will enable festival-goers to access the island and depart in a safe manner.

To further protect the island, attendees will asked to leave the car behind: travel by shuttle bus will be available from the GAA Centre of Excellence at Scarden on the Strandhill road leaving between 11.00pm and 2pm and returning between 7.00pm and 10.00pm at a  very reasonable cost of €6 return with under-10’s free.  Some Rosses Point residents will take the short boat journey across from the village‘s Harry Ewing Pier beside the RNLI to the island pier.

Commenting on the staging of the first-ever Neap Tide Coney Island Festival, Marie Perret, said: “We are very excited about welcoming people to beautiful Coney Island, a memorable experience for all who visit here. An unforgettable day and evening is in store for those attending. As the festival is a ‘Leave No Trace’ event, we will be asking  visitors to bring a bag or container for any litter, rubbish or any other items discarded to take off the island when leaving. We will also urge festival goers to respect the flora, fauna and animals on the Island. The island farmland is in transition to organic status, so its pristine condition is very precious and must be maintained.”

Organisers say access to the island for ticketholders will be from the Mill Road which runs from the Strandhill Road at Scarden to the water’s edge. The causeway to the island will be accessible all day and is clearly marked by pillars.

Marie added: “The walk across is a lovely experience and we encourage as many as possible to take this option. It is possible to drive slowly and carefully along the causeway but cars will be required to park on the strand adjacent to the entrance to the island. Only residents’ cars will be permitted on the island.”