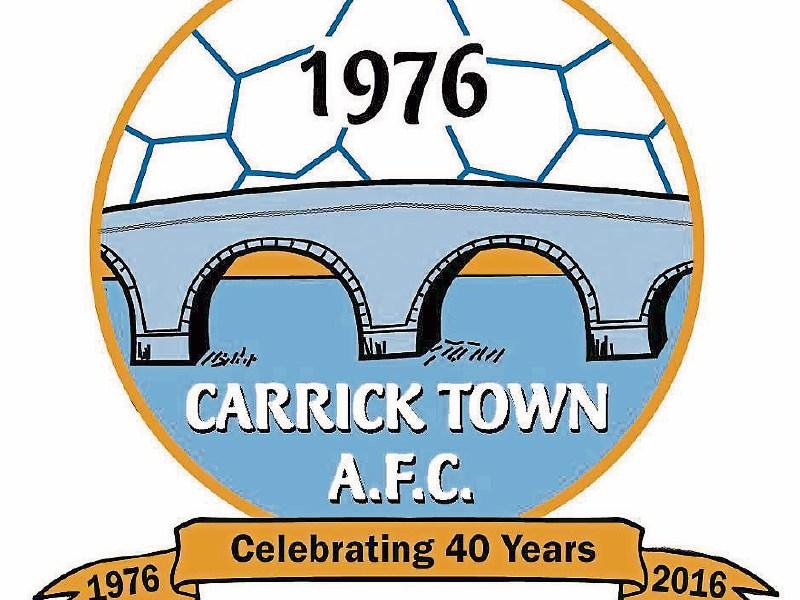 Our senior side continued their impressive recent run making it five wins from the last six games with a comfortable 5-0 victory over Dromore Villa at the Sligo IT Astro on a freezing cold Sunday.

Ray Mulvey was on fire with a well taken hat trick while Rostas Balint and Rodrigo Bouabida were also on the scoresheet for the Carrick side.

After a disappointing first half, Carrick tore into the opposition with a display of power, speed and some superb passing moves which resulted in plenty of goal scoring chances. The management team will be most pleased with a long overdue clean sheet with goalkeeper Jonathan Cassidy and the entire defence resolute in sniffing out any Dromore threats on goal.

Parisian born Rodrigo Bouabida continues to entertain with his immense gallic flair and helped dictate the attacking play and was instrumental in setting up Ray Mulvey in particular who was clinical in front of goal.

With one more game remaining before the league splits into two, the Carrick lads are well positioned to make a serious tilt at winning promotion in the second half of the season. However much hard work still remains in what is a super competitive league with a number of really strong sides vying for the title.

All four subs made a big impression when they came on and Cormac Smith was very unlucky not to get on the scoresheet when his late effort was cleared off the line. Competition for places is intense, especially with such good numbers attending training.

Training continues this Wednesday at 6pm at Aura. We have no fixture next weekend.

Our U15s played Leitrim rivals Manorhamilton Rangers at Sligo IT on Saturday last. Manor had the better of the opening exchanges but Carrick went ahead when Cormac White popped up to finish off a nice move.

Manor got back to 1-1 soon afterwards. They then took the lead when a kick out from their goalie was latched onto by a Manor forward who lobbed the ball into the Carrick goal.

Carrick soon equalised through Carlos Gonzalez, latching onto a through ball and coolly slotting it in at the far post. Manor then scored another two goals before half time, mainly through our own undoing!

The second half was a goalless affair with the Carrick back four giving far less respect to the Manor forward line. Carrick had the best chances of the half, twice putting the ball narrowly wide, with only the keeper to beat. Not the result we wanted but a good performance overall.

This race night is Carrick Town FC's main fundraiser for the year and all money raised will go towards running of all the clubs teams and towards the cost of pitch maintenance.

The club has over 250 children actively involved from U6 right up to U18 as well as having a senior team.

Club members will be selling owners/jockeys at a cost of €10 each in the next few weeks so we hope children's parents, players, supporters and anyone else interested would buy one as the support will be greatly appreciated.

Anyone is welcome to attend the race night as a good night's craic is guaranteed.