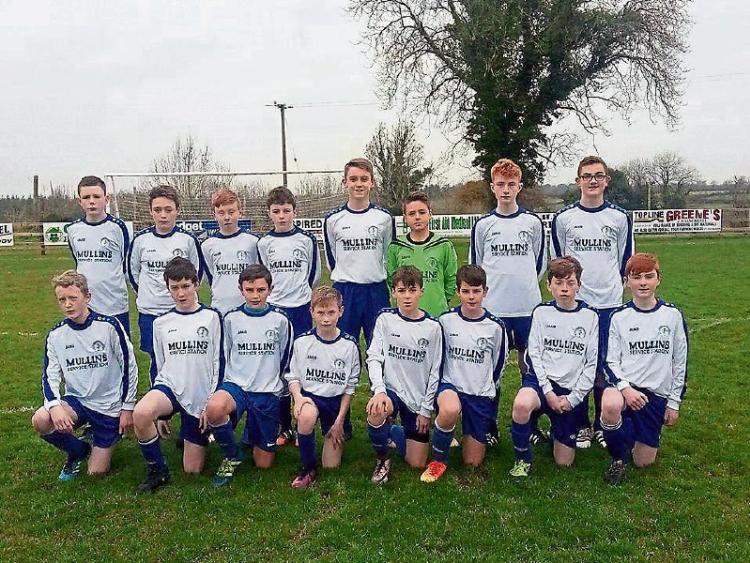 The U14 team advanced to the next round of the Connacht Cup after they enjoyed a comprehensive 7-0 win over Shiven Rovers on Saturday.

The scoring was opened by Diarmuid Giblin and the lead was doubled shortly afterwards by Patrick Montgomery. Manor's flying start saw them pull further clear when Diarmuid Giblin scored his second of the game and Manor's fourth goal arrived courtesy of a stunning strike from Eanna Clancy.

Manor continued their dominance with further goals from Patrick Montgomery and Gabriel Gilbride before Montgomery completed his hat-trick with Manor's third goal of the afternoon. The club would like to thank all who travelled to support the team.

Senior team: The senior team were in league action on Saturday evening, away to Strand Celtic in the Sligo Leitrim Super League. Daniel Skimmin and Niall Walsh were both on target for Manor in a 2-2 draw while they also had goalkeeper Paul Scanlon to thank as he frustrated Strand with an excellent penalty save.

U16 girls: Manorhamilton Rangers girls ran out 5-3 winners in the Bee Park on Saturday against a strong Ballymote. A hat-trick from Leah Fox and goals from Erin Somers & Mairead Clancy were enough to give Manor all three points. Well done ladies.

U17 Connacht Cup: Manor Rangers faced Ballygawley Utd in The Showgrounds last Saturday. Despite getting of to the best possible start with Vincent Sweeney scoring inside 30 seconds, Manor had to settle for a 3-3 draw.

After Ballygawley equalised Manor edged back in front when a Ballygawley player forced the ball into his own net. Ballygawley then took the lead but Shane Walsh ensured the sides finished level when he dispatched a penalty.

Thanks: The club would like to thank Barry Nelson of Carrickeaney Windfarms who recently made a sponsorship presentation to Club PRO Dave Cummins. Many thanks from all at the club.

U10 Futsal: Well done to our two U-10 Futsal teams who participated in the programme which came to an end for 2016 in Drumshanbo last Thursday. Congrats to all the players who were a credit to the club. Thanks to our manager Saoirse Cummins and to our car pooling parents & supporters. Thanks also to Damon Kearney and Adrian Massop for facilitating the Futsal programme.