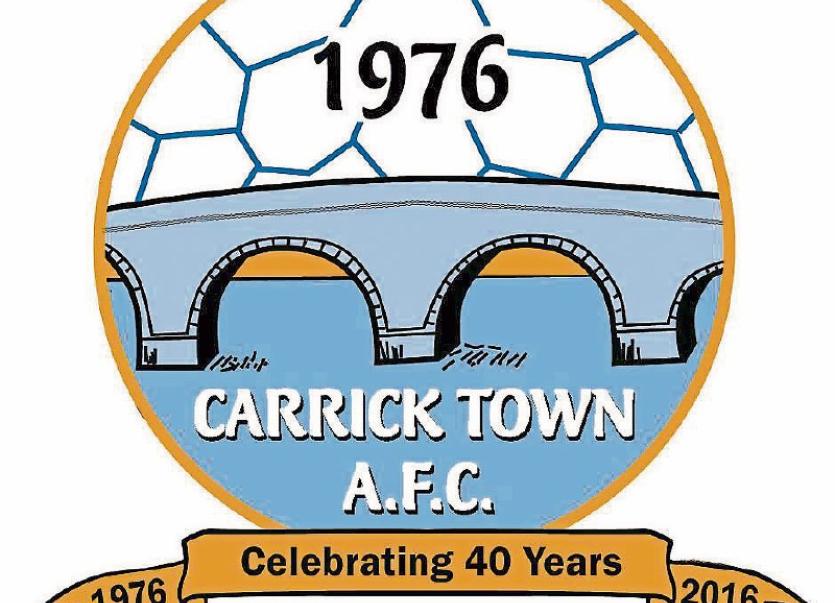 Carrick Town's senior side kicked off the second phase of their Sligo/Leitrim  Andrew Mullen Sligo Pallets Premier League campaign with a  hard fought victory over MCR side  at the Showgrounds on Sunday morning.

It was a superb battling display by the Carrick side on a soft pitch which made it difficult to play their usual brand of fluid passing football. All top teams have to adapt to the playing conditions they are faced with and that's exactly what Carrick had to do.

After finding  themselves a goal down late in the first half Carrick fought back to take a deserved 2-1 lead mid way through the second half after a brace of goals (including one penalty) from prolific striker Rodrigo Bouabida.

The Carrick side  dominated proceedings for most of the second half with the midfield duo of Gerry Moore and Mixer Corrigan particularly impressive.

When MCR converted a penalty, awarded after a rare breakaway, with 15 minutes to go, it looked like Carrick might have to settle for a point.

However settling for a draw was not on the minds of the Carrick lads.

They continued to push forward and were duly rewarded after a fantastic move started from the keeper Jonathan Cassidy and continued through 'Figgy' Fitzpatrick's superb through ball which set up talisman Ray Mulvey who scored one of the goals of the season with an outrageous finish from 35 yards.

The win was confirmed with five minutes remaining after tremendous work from substitute David Regan teed up Mulvey who finished with aplomb to seal the victory.

This win makes it seven from the last eight league games and sets Carrick Town up well for a tilt at the title with momentum on their side.

However because the points were re-set for the second half of the league they know  have a lot of work to do over the course of the next nine league games to reach that goal with so many strong sides vying for silverware.

It was a really terrific all round team display  but man of the match goes to centre half Fergie Daly who was a rock in the Carrick defence throughout.

Carrickwere missing a few regular first team players through injury which will only increase the competition for places over the course of the next few games.

Training: Next Sunday Carrick face title favourites Ballygawley Celtic at the Cleveragh Astro in what is certain to be a mouthwatering tie. Training continues Wednesday & Friday at Aura.