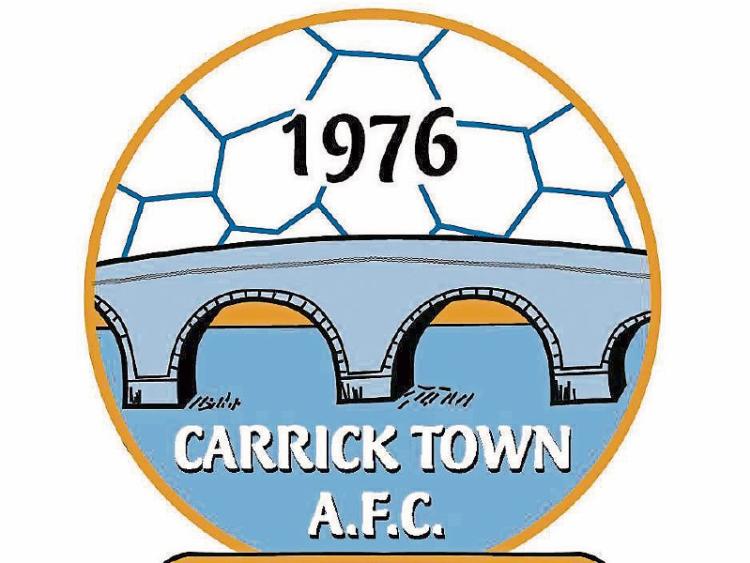 Carrick Town's great run of form came to an abrupt end in Cleveragh Astro pitch on Sunday morning last when they were beaten by a classy Ballygawley outfit.

The Carrick side were always chasing the game after conceding an early headed goal.

Carrick did grow in to the game and were desperately unlucky not to equalise having hit the crossbar on two separate occasions as the half drew to a close however the score remained 1-0 at the break.

The second have started with a sustained period of Carrick pressure but unfortunately we couldn't unlock the well drilled Ballygawley defence and with 15 minutes to go they scored a sucker punch second goal somewhat against the run of play.

Carrick made it an exciting end to the match when substitute Oisin Murphy scored his first senior goal for the club with a superb header with five minutes remaining.

However, the Ballygawley defence stood resolute and held out for the victory.

With eight league games left to go there is still all to play for as the battle at the top of the league intensifies.

Next Sunday Carrick Town face old rivals Arrow Harps in Riverstown in what is sure to be a tense affair and they will be hoping to get back to winning ways and claim the three points.

Elsewhere in the In the Andrew Mullen Sligo Pallets Premier League MCR came out on top in another high scoring match against visitors Merville while Cliffoney Celtic had a 2-1 victory over Arrow Harps.

The remaining games went ahead and there was plenty of action in Ballymote where the sides finished level after a hard fought battle between Ballymote Celtic and St Johns.

Aughanagh Celtic took all three points at home to Yeats United and the Craig’s got themselves on the score sheet with Brian and Stephen scoring followed by scores from Paul McTiernan and Dermot Beggan.

Strand Celtic proved too strong against Glenview Stars when the sides met in Forthill. A Mark McCallion hat-trick helped them to a comprehensive win.