Two Sligo Rovers players named in home based U-21 squad 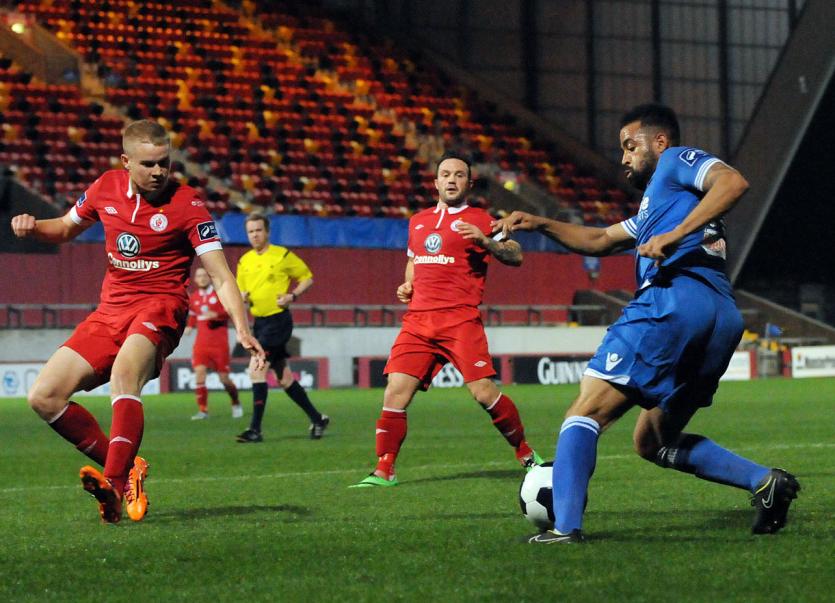 Gary Boylan pictured in action for Sligo Rovers against Limerick. Gary and Rovers team mate Regan Donelon have been called up to the Ireland U-21 home based squad.

Sligo Rovers duo Gary Boylan and Regan Donelon have been named in the Republic of Ireland home-based U-21 squad for a training game against the Ireland Amateur international side in Dublin's AUL Complex on Saturday, February 11.

Boylan and Donelon both progressed from the Sligo Rovers U-19 team and are now regular fixtures in the Rovers first team.

Gary Boylan and Regan Donelon have been named in a home-based @FAIreland u-21 squad to play the Irish amateur team on February 11. #bitored pic.twitter.com/JKBTrlwGtX

Speaking at the squad announcement Ireland U-21 manager Noel King said, "We've organised games like this in every tournament we have competed in as preparation for our UEFA Qualifiers. Against Gerry Smith’s sides in the past we have found them to be very beneficial. We have seen players become first team regulars at their Irish clubs, many have also become regulars in the U21 team while some have also moved to the UK and become full-time professionals," said King.

"A lot of good players are playing at home and it's an opportunity to see them up close and identify players who can offer something to the wider group for the campaign ahead," added King.

The Ireland manager added, "We've a tough qualifying campaign to come but there are opportunities there for players who are willing to step up to the challenge to go out and make an impression.

"Gerry Davis’ new-look Amateurs will as always prove tough opponents as no doubt he will be anxious to progress his own squad for their upcoming International challenges."

The Republic of Ireland U-21 home squad squad is as follows: