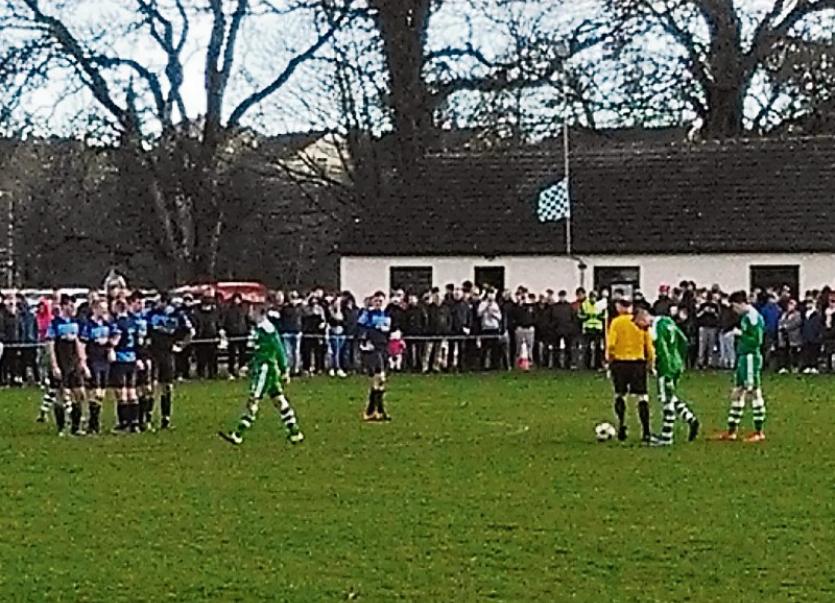 Goals at the start and the end of last Sunday's FAI Junior Cup last 16 fixture were enough to secure a place in the last eight of Europe's biggest knock-out competition for Boyle Celtic.

A goal inside the opening 10 minutes from Niall Brennan and a Luka Roddy penalty, with the last kick of the game, helped guide the last remaining Sligo/Leitrim and District League representative into the last eight of the prestigious tournament.

With a large home crowd, bolstered by members of other clubs in the league, Boyle Celtic started brightly and deservedly took the lead in the seventh minute when Niall Brennan was played through and dispatched the ball past VEC goalkeeper Richard Hannify.

Brennan almost turned provider moments later when he released Shane Battles with an excellent pass. Battles, who went on to be named man of the match was crowded out quickly by the VEC defence but he did well to win a corner.

The Terenure based side grew into the game as the half progressed with Anthony Dunne and Seamus Staunton becoming more influential. However, they were struggling to cause much trouble for the Boyle defence with the centre-back partnership of John Connolly and Sean Purcell playing particularly well.

The closing stages of the half saw the game come to life. Boyle had a penalty appeal waved away after a clash between Aaron Calpin and VEC goalkeeper Richard Hannify.

At the other end, VEC should have equalised with four minutes of the half remaining. Kyle Suffin saved Joseph Byrne's initial shot but quickest to react to the loose ball was VEC's Aidan Hyland. Fortunately for Boyle Celtic Hyland was never in full control as he lunged forward to make contact with the ball but succeeded only in scooping the ball over the bar.

Leading narrowly as the second half got underway, Boyle introduced Luka Roddy, no doubt hoping his constant running would cause opportunities on the counter-attack while his ability to press the VEC defenders meant there was always the possibility he would force a mistake.

The first sight of goal that either side had in the second half arrived 12 minutes after the restart when Shane Battles' free kick crashed into the VEC wall.

The ball then broke kindly for centre-back John Connolly who unleashed a venomous strike from all of 30 yards. Connolly's shot was always rising but he could consider himself very unfortunate to see the ball shave the bar.

As the game progressed VEC began to apply more pressure and there was a palpable sense of nervousness from the home supporters in Celtic Park.

Lochlainn Conboy was busy trying to protect the Boyle back four but in truth Kyle Suffin in the Boyle goal was rarely threatened while at the other end Boyle always looked a threat on the counter-attack.

Niall Brennan had two excellent chances to make sure of victory but the normally deadly accurate forward put his shots inches wide of the VEC goal.

Those misses were soon forgotten and victory was secured in the fourth minute of injury time when Luka Roddy converted a penalty after Shane Battles was fouled. The spot kick was dispatched clinically to set up scenes of great celebration ensuring Boyle take their place in the last eight.