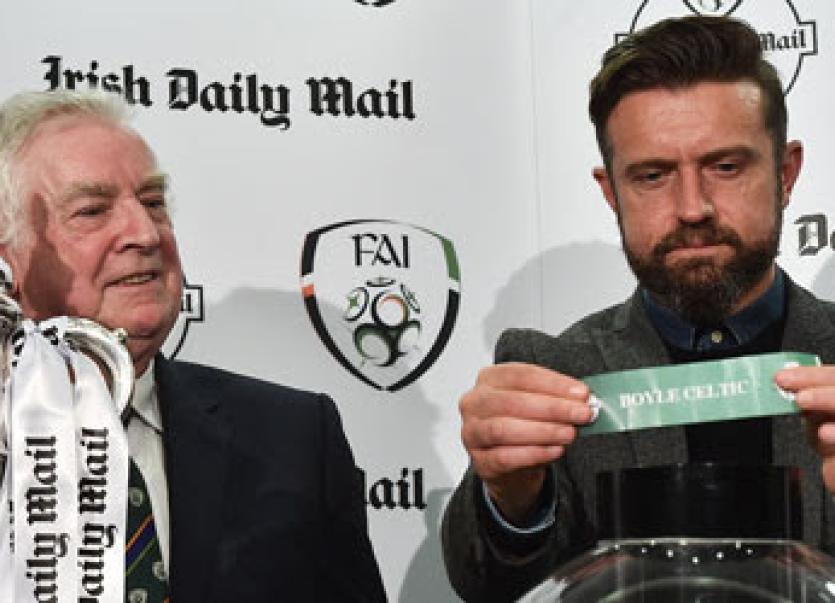 As a reward for advancing to the semi-finals of the FAI Junior Cup Boyle Celtic have also secured a place in the qualifying round for the Irish Mail FAI Cup.

The draw for the qualifying round was held yesterday, Tuesday, and after their heroics against Carrick United last Sunday in Tipperary, Darren Hurd's side will be on the road once more.

In order to progress to the first round of the Daily Mail FAI Cup Boyle Celtic must travel to Kerry where they will face Killarney Celtic on the week ending April 30.

Ahead of the draw, FAI Cup Sponsors Irish Daily Mail announced details of a €2000 prize fund to be awarded to the last non-league club left in the competition as the Irish Daily Mail continue their sponsorship for the 2017 season.

The prize fund can be used towards the cost of equipment for the winning club and Irish Daily Mail Circulation Manager David Vaz hopes the prize fund benefits non-league football.

He said, "The non-league clubs work extremely hard all season to play top level football against the best teams in the country. We hope this bursary will help in some way towards the high costs of running an amateur club."