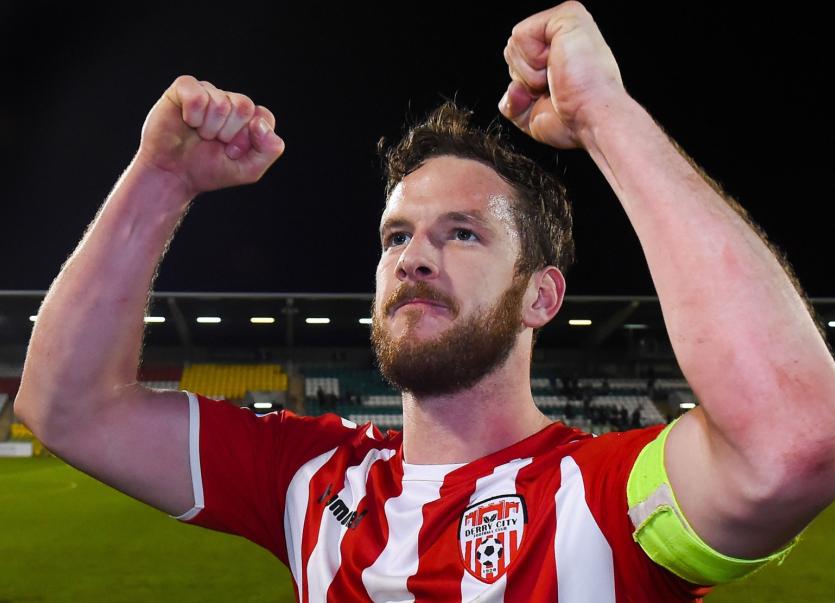 The Sligo Rovers players and staff this morning held a minute's applause in honour of the late Derry City captain Ryan McBride who tragically past away yesterday.

In honour of @derrycityfc captain Ryan Mc Bride, our first team squad held a minute of applause in his memory. Rest in peace a Derry great. pic.twitter.com/9Pzxu7N9BA

Tributes were led by the President of Ireland, Michael D Higgins who said, "Along with all those who support Irish football, I express my sadness and condolences to the family of Derry City Captain Ryan McBride."

FAI CEO John Delaney also offered his sympathy to the McBride family and paid tribute to the centre-back who made his debut for candystripes in 2011.

"Irish football is in mourning with the loss of a true great of the game, with the shocking news about Ryan McBride's passing.

"I would like to pass on my deepest condolences to Ryan's family, friends, and his club, Derry City FC, for which he was their leader, their captain and their inspiration.

"On behalf of the FAI Board and everyone in the Association, I would like to offer our sympathies to all who were blessed to have known Ryan.

"Ryan's passing has left a deep shock throughout football. We will remember Ryan with a tribute at Friday night's FIFA World Cup qualifier against Wales."