Sligo Rovers set to compete in the SPFL Cup 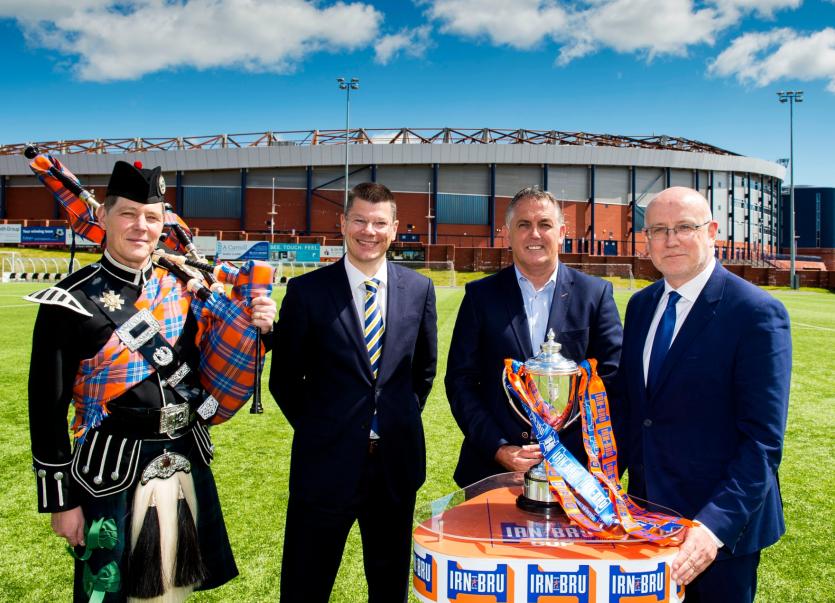 SSE Airtricity League sides Sligo Rovers and Bray Wanderers have been formally announced as two new participants in the Scottish IRN-BRU Cup in the 2017/18 season.

Following UEFA approval, as the SSE Airtricity League’s highest-ranked non-European participants in 2016, Sligo Rovers and Bray Wanderers will compete in the 2017/18 IRN-BRU Cup along with the Northern Irish and Welsh teams (Crusaders, Linfield, The New Saints and Gap Connah’s Quay) at the Second Round stage.

The competition will see the two SSE Airtricity League sides also potentially compete against Scottish Championship, League One and League Two clubs, as well as Scottish Premiership Under-20 sides. The First Round Draw will take place on Tuesday, 27 June with full competition format details to be announced in due course.

Sligo Rovers manager Gerard Lyttle said: "We are very excited and honoured to be part of the 2017/18 Scottish IRN-BRU Cup.

"This is an excellent opportunity for our players to excel in and for the brand of the club to grow."

Bray Wanderers manager Harry Kenny said: "We’re looking forward to the Scottish IRN-BRU Cup. It’s a nice distraction from our very demanding domestic league and a reward for the efforts the lads put into last season.

"It’s also a nice challenge to pit yourself against teams from outside of our league."

FAI Director of Competitions, Fran Gavin added: “The Football Association of Ireland were delighted to receive the invitation for two SSE Airtricity Premier Division teams to participate in the IRN-BRU Cup.

“I know both Sligo Rovers and Bray Wanderers are relishing the opportunity to play against new opposition and will be looking to advance as far as possible in the competition.

“Both clubs have full time professional squads and have a reputation for playing an exciting brand of football which we hope will enhance the IRN-BRU Cup.

“We have watched the competition grow with the inclusion of clubs from Wales and Northern Ireland last season and we are delighted to be participating in the 2017/18 IRN-BRU Cup.”

SPFL Chief Executive Neil Doncaster said: “We are thrilled to be working with our friends in the SSE Airtricity League and offer both Bray Wanderers and Sligo Rovers a warm welcome to the IRN-BRU Cup following a very successful first year under the new format.

“Scottish football is leading the way with innovation around cross-border football which is likely to be a key part of the footballing landscape in the coming years.

“We developed strong and positive relationships with our counterparts in Northern Ireland and Wales last season, alongside our iconic and innovative sponsor, IRN-BRU, and look forward to doing the same with the SSE Airtricity League, Bray Wanderers and Sligo Rovers in 2017/18.”