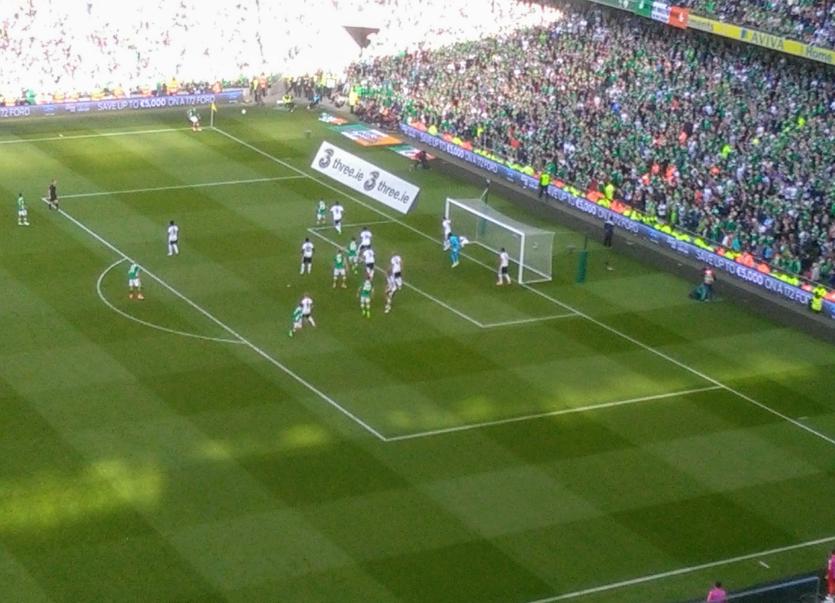 The Republic of Ireland Supporters club North West are running a bus to the Ireland V Serbia match on Tuesday, September 5.

This is a very important game for Ireland on the road for Qualification to Russia next year. The club organises buses to all games in the Aviva which includes the game V Moldova on October 6.
The club may have some tickets for these games which are sold with bus seats to the game.

The bus to the Aviva leaves the Quay street car park beside the City Hotel on Match day at 2pm with organised pick ups on the way which includes Carrick on Shannon at 2.30pm beside the Landmark Hotel.

The North West Ireland Soccer Supporters Club have club Merchandise available and this can be ordered from any club representive.

Membership to the supporters club is available at the present time and bus seats to the games in the Aviva Stadium is open to members and non members.

The club are affilated to the Confederation of Supporters clubs in Ireland and some members attend the pre-match social which is held beside the Aviva Stadium where music is performed by 'Catlapa'. To gain entry to the prematch social, wrist bands are required and these can be ordered from Club members at a very small fee.

Let your voice be heard in the Aviva Stadium for the Boys in Green.