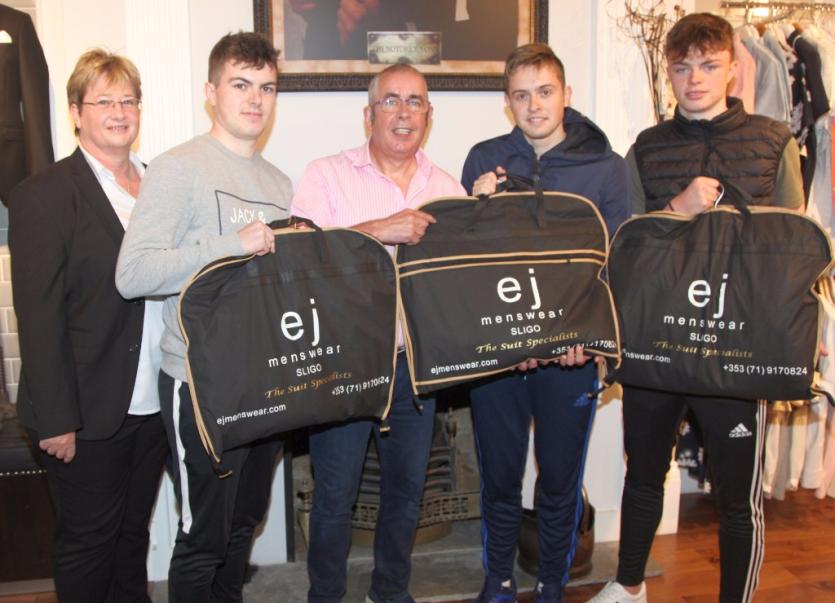 The top scorers from the 2016/'17 Sligo/Leitrim and District soccer leagues were recently presented with their awards from Eamon Cunningham, EJ Menswear and Theresa McCabe Assistant Treasurer Sligo/Leitrim DSL.

Manor Rangers' striker Seamus Ryder, who was unable to attend the presentation, finished last season as the joint top scorer in the Great Southern Hotel Super League along with Carbury's Dylan Edwards who both scored 25 league goals.

Anthony Moylette, Benbulben FC, was recognised for being the leading scorer in the Cleary Landscapes and Pitch Maintenance Division One.