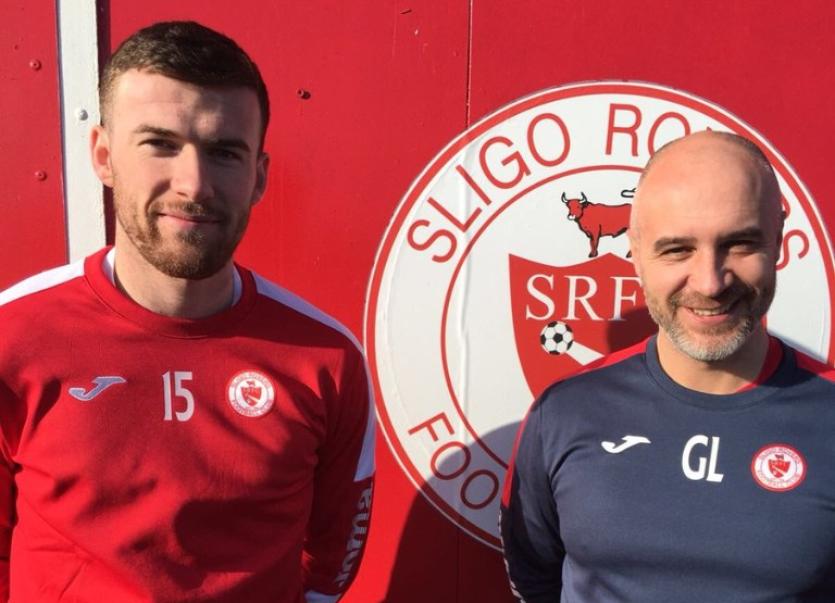 Sligo Rovers have this afternoon confirmed the signing of Patrick McClean from Waterford on a two year deal.

The signing of the Derry native, who can play at centre-back or left back has been warmly welcomed by supporters while manager Gerard Lyttle believes the extra defensive strength McClean offers will make for fierce competition for places at The Showgrounds.

"When we have a full hand defensively, it's going to be hard fought to get in the team and that's brilliant for us," said Gerard Lyttle when speaking to the Sligo Rovers website.

A brother of Ireland international James, the defender was a target for Sligo Rovers for some time with Lyttle revealing, "We're delighted to get the deal done. Patrick is aggressive, strong in a tackle, good in the air and was captaining Waterford for some matches at 20-years-old which will tell you about his mentality.

"He had been with Derry and the season with Waterford has brought him along further. I was trying to sign him at Cliftonville when he was at Derry and I've been tracking him since.

"Kevin Deery (assistant manager) has been monitoring the situation in the last few weeks and I don't think he fully settled down there. It's a long way from Derry and that was a hindrance to him. We tried to get the deal done last week but it took time.

"He was in The Showgrounds last Saturday night to see what the club is about and I think it impressed him. He has made a sacrifice to come here this season - this is a good deal for the club for a player of his calibre.

"He is a centre half but can also feature at left-back. When we have a full hand defensively, it's going to be hard fought to get in the team and that's brilliant for us.

"Patrick offers a goal threat at set pieces. We didn't look the biggest of sides against Limerick and that's another positive in him joining us. It's a big addition."

Having started his career with Derry City, McClean's first game for Rovers could see him line out against his home town team as Derry will be the visitors to The Showgrounds on Friday night for the second game of the SSE Airtricity League season.

Having watched last weekend's defeat to Limerick from the stands, Patrick is eagerly looking forward to his first taste of competitive action for the Bit O'Red.

"I’m delighted to finally be here. It has taken some time to get everything signed off.

"I was at the game on Saturday. There was a great crowd there, over 3,000 which is brilliant for a League of Ireland side. I was treated so well and the people couldn’t do enough.

"I felt when the team conceded the goal, they lacked bite. That’s something I will try to bring. I’m here to play. The gaffer mentioned about the possibility of playing centre half or left back because of a couple of injuries in defence but I’m happy just to play.

"It was hard to focus in the last while as pre-season concluded. Now I’m here, I want to bed myself into the club and make my mark."

SIGNING: The #bitored can confirm the signing of Patrick McClean from Waterford FC on a two-year contract. ⚪️