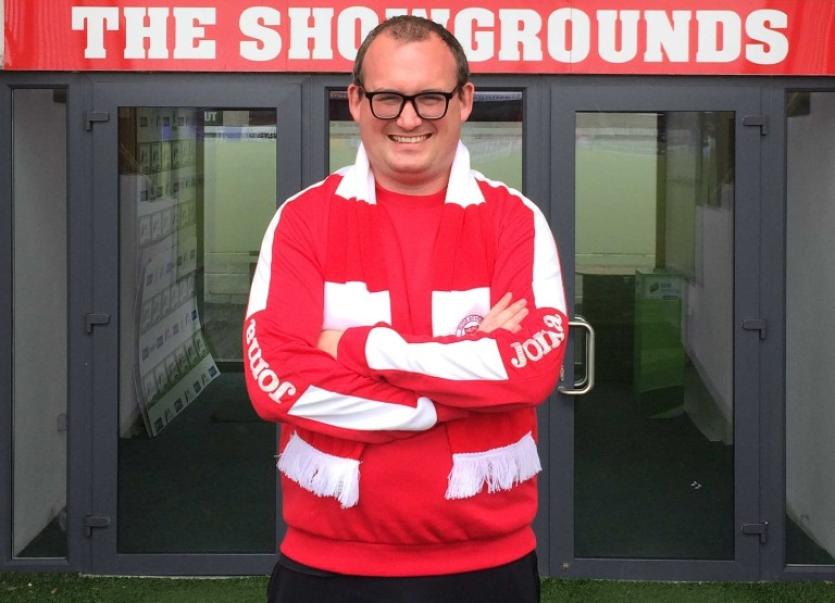 Damon Kearney, head-coach of the Sligo Rovers Under 17 Women’s team says he can reflect on his year at the helm "with a huge amount of pride" as he guided the Bit O’Red girls to a fourth place finish in the Group A, just missing out on third spot.

Kearney who is also the Community Football Development Officer for Leitrim with the FAI and Leitrim County Council reflected on an historic year for the Bit O’Red, entering a team into the Women’s National League for the first time, for the first year of the Under 17 league.

And Kearney is immensely proud to be able to look back and see that he has played his part in developing women’s football in the region. He also says he is ‘gutted’ he cannot continue in his role.

"I look back on the season with a huge amount of pride, we have provided a pathway for female players to play for Sligo Rovers for the first time in the National League and you do need to look back to where it all started from to appreciate the journey that this season has brought,” the Roscommon man told sligorovers.com.

"This all began back in September 2017 where discussions were held informally with people involved in the women’s game in the region to gauge if there was an interest in exploring possibility of applying to have a U17 WNL side.

"Then we had to identify the right people to come together on the committee to sit down strategically and map out how to establish the women’s structure with the club. It was so important that a good foundation was there from the start because if the structures off the pitch aren’t right then it affects everything on the pitch especially when you want this to turn into not just having a U17 WNL team but also a senior WNL side."

Kearney says he was honoured to be given the role as head-coach, bringing a wealth of experience with him thanks to his coaching roles with the Emerging Talent programme, Longford Town, Castlebar Celtic Women and more.

“I was honoured to be given the opportunity to become the first head coach of a Sligo Rovers women’s National League team and I would like thank the support I had from the coaching staff around me this season who have been fantastic from the start in trying to create a good environment for the young players coming into the club. We all knew that there are some fantastic players in the region.”

Rovers finished the season in fourth place, with goal difference separating them and Peamount who occupied third place. Kearney, however, says that the table was not his main focus for the year.

“I didn’t spend too much time worrying about results or the table, for me I was looking at the longer term future of the club. My focus was to spend the time developing our players for the long term. We had to be realistic about our ambitions, we had a young squad with only five who will be over-age for next season and then I think we have 11 still underage for the 2020 season in two year’s time. So this season was the start of their journey getting used to playing at this level and using this experience to push on in their development individually and as a group in season two/three to hopefully playing senior football with Rovers."

He will only have positive memories from his time at the helm of the Bit O’Red Under 17 girls, but there are a couple of days that will remain precious memories for him.

"That very first game we had with Peamount away is a positive memory that all who helped made this happen. Everyone will remember for a long time that feeling of seeing a Sligo Rovers Women’s team run out on a pitch as a National League club for the first time and then the first home game against Galway with the Live Your Goals Festival with 250 young girls taking part in that and then seeing that they too can aspire to play for Sligo Rovers in the future.”

Players within the squad have developed hugely as the season went on, and he feels that the hard work is all made worthwhile when you look on and see how far your players have come.

"It’s been one of my most enjoyable experiences in football, working with the group of players we had and seeing how much they have developed over the season. Great work has been done locally in the region at all these girls club’s in Sligo/Leitrim/Mayo as well as with the Emerging Talent League centres to provide a pathway for these girls. Anyone who has seen any of our games this year would have seen some of the outstanding talents within the squad.

"Sligo Rovers are providing the next step for them to challenge themselves at the highest level then against the best of the best elsewhere and the players learn so much from playing at that level week after week. Some players adapted really quickly while others grew in confidence as the season went on, overall the players and their parents must take great credit for how they conducted themselves this season as it is a big commitment to play at this level but then the progression of these girls hopefully makes it all worthwhile.

“I am gutted I am not in a position to continue the good work we started but the potential of this group and the club as a whole is massive and it will be a great opportunity to whoever comes into the role next. The coaching staff around me all contributed so much to me as well as the players and I would like to thank each of them for the time and effort they put in over the course of the season.”

"This has been a huge step forward in the right direction not just for our region but across the country in women’s football. The game is growing in terms of numbers, slowly women’s sport is getting more exposure, there is still a long way to go but it is moving in the right direction. Things like the U17 WNL is a big step in providing opportunities for our elite players to move onto beyond the Gaynor Cup and for players who have ambitions to push themselves on this is where they should be aiming for.

"In the North-West it was great to see not just a Sligo Rovers team but also Donegal League as well as this level. Players in this this region have lost out in the past due to lack of structures. Even looking at the senior WNL league, there are clubs from Galway across to the middle of the country to Dublin, there is no senior club in the northern half of country. So the U17’s is only the start of the ambitions for Sligo Rovers, hopefully they can push on and meet one of their original targets in their last strategic plan to have a senior WNL set up for 2020. There is exciting times ahead for women’s football and I am glad to say Sligo Rovers will be part of that."

Sligo Rovers would like to place on record their thanks to Damon Kearney for his commitment, dedication, professionalism and hard work, in what was an historic year for the club. Damon’s contribution to the club has been invaluable.