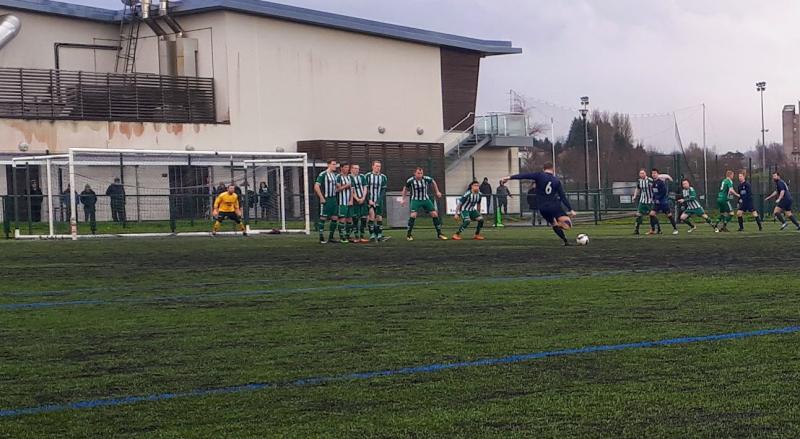 Aaron Hickey is pictured striking a free kick towards the St Michael's goal during the early stages of last Sunday's FAI Junior Cup encounter which was played in IT Sligo.

Manorhamilton Rangers bowed out of the FAI Junior Cup at the last 64 stage on Sunday afternoon last when they came up against Tipperary cup specialists St Michael's.

The afternoon got off to a bad start for Manor Rangers when referee Paul Kilcoyne took the decision to switch the game to IT Sligo as he felt the heavy rainfall created the possibility of the game being abandoned if it had started in Manorhamilton's Bee Park.

Players, officials and spectators made the journey to Sligo and after the players were allowed an opportunity to warm up the game got underway, forty five minutes later than originally planned.

The rain eased off before returning with a vengeance and then to ensure all four seasons were experienced in a short space of time, IT Sligo was graced with blinding sunshine that made conditions challenging for all concerned.

When the game eventually got underway it was the visitors who were the quicker to assert their authority on proceedings. Some brilliant wing play from William Armshaw in the fifth minute saw him get the better of Manor fullback Paul Clancy before delivering a fine ball into the path of Jimmy Carr. 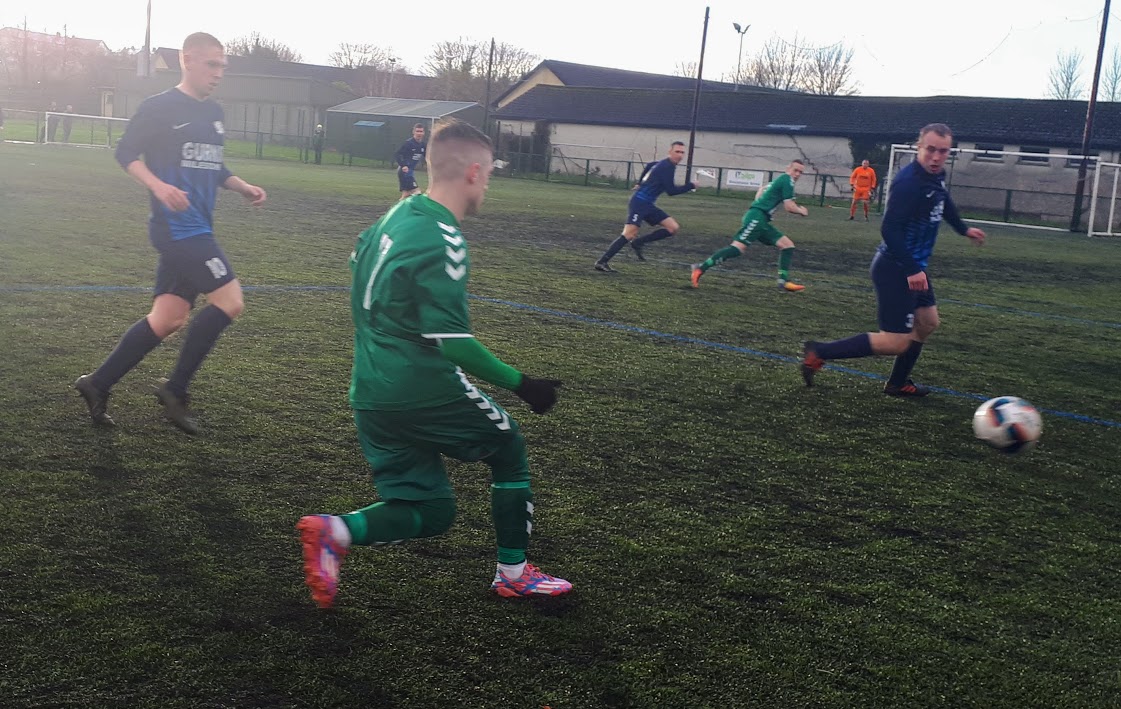 Carr's first touch was perfect and was matched by a sharp turn which presented him with a clear sight of the Manor goal. However, Paul Scanlon was up to the job as he made a fine save to deny Carr.

Manor went close themselves three minutes later when Seamus Ryder did brilliantly to control the ball on the endline to keep it alive and showing great awareness he then picked out the well timed run of Paddy Woulfe but on this occasion it was the St Michael's goalkeeper, Adrian Walsh who was called into action and he did very well, diving at the feet of Woulfe to eliminate the danger.

St Michael's showed their calibre as they began to apply further pressure on Manorhamilton Rangers. Their pace and trickery on the break was something the Manor players were alive to but it was nevertheless very difficult to prevent meaning Manor spent much of the game sitting deeper than they ideally would have liked.

Shane Ryan, another to shine for the Tipperary side was the next to go close. After skipping his way past two defenders he unleashed a fine shot from the edge of the box but once more Scanlon was up to the task as he turned the ball past the post.
From William Armshaw's resulting corner Paul Breen was found unmarked at the back post but he was able only to head the ball over the bar.

Shortly afterwards Shane Ryan delivered a corner from the opposite side which was met powerfully by David Slattery but once more the header flew over the Manor Rangers bar.

As the half progressed clear cut opportunities became fewer with Manor beginning to assert themselves on the contest.

The defence, marshalled by player-manager Thomas McDonald survived a few scares but looked assured while Alan Hickey and Aaron Hickey were extremely busy in midfield but ultimately Manor struggled to get their creative players such as Paddy Woulfe, Brian McDonald and Robbie Cunningham into the game as much as they would have liked. 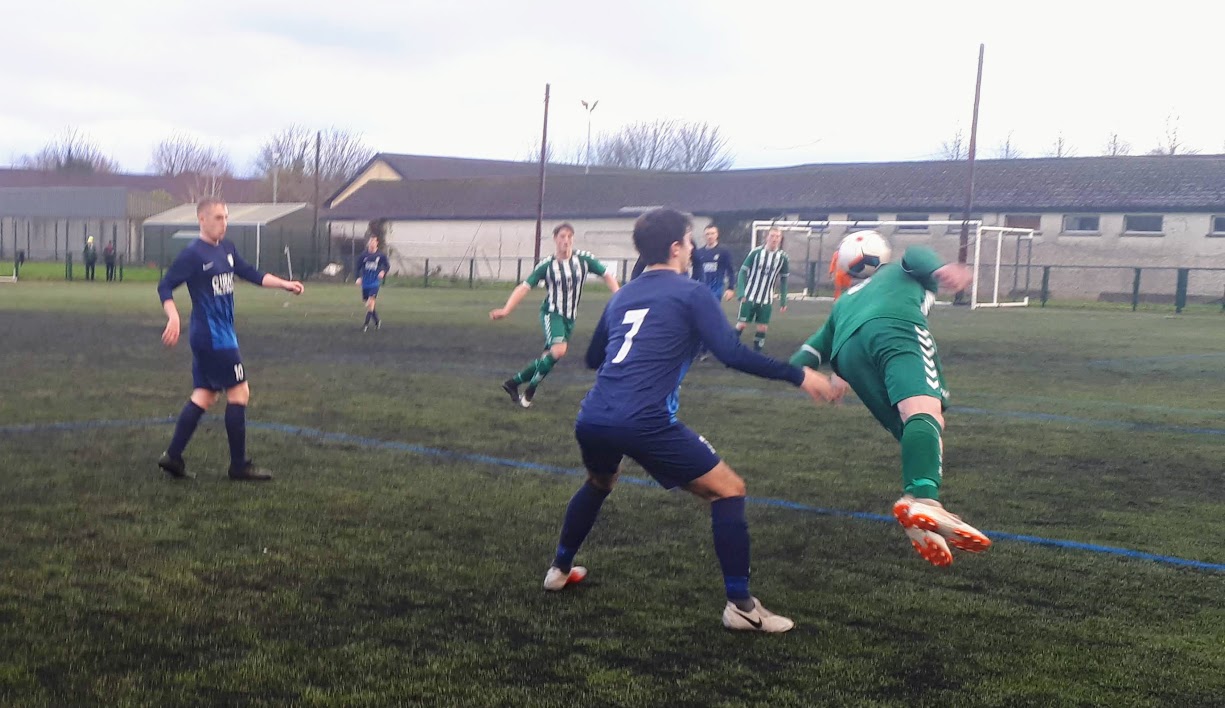 The deadlock was broken on the half hour mark when Colin Bargary and Jimmy Carr were afforded too much time to create an angle to deliver a dangerous cross.

The inviting cross flew across the face of the goal and was met by a brilliant diving header from Shane Ryan that gave Paul Scanlon no chance.

To their credit Manor responded well to falling behind. Robbie Cunningham's shot from the edge of the St Michael's box was deflected wide for a corner.
Paddy Woulfe took responsibility for the resulting set piece and the ball broke to Seamus Ryder who showed great technique to execute a half volley but his effort went agonisingly wide of the target.

Unfortunately there was to be a hammer blow for Manor Rangers barely a minute later when St Michael's struck for their second goal. Jimmy Carr's initial shot was brilliantly saved by Paul Scanlon but he was powerless to prevent Colin Bargary from finding the net from close range.

Trailing by two goals to a team of such quality it would have been safe to assume the game was now beyond Manor Rangers but to their credit they responded with renewed fight and were rewarded on the half hour mark when Aaron Hickey found the St Michael's net with a truly unstoppable shot from the edge of the box.

With just a goal separating the sides as they left the pitch at half-time there was every reason for optimism among the Manor faithful.

While it was inevitable they would have to withstand plenty of pressure, the feeling was that if they could keep matters tight they may just be able to sneak a goal that would transform the contest.

Eight minutes into the second half Manor Rangers came desperately close to getting themselves the much sought after equaliser. Paddy Woulfe's throughball was measured to perfection into the path of Seamus Ryder. Having escaped the attention of the St Michael's defence Ryder just had goalkeeper Adrian Walsh to beat but his delicate touch saw the ball roll just the wrong side of the post.

As the half progressed St Michael's enjoyed more and more possession and had what at times felt like a never ending supply of corners. However, creating clear cut chances proved to be much more difficult.

Midway through the half Paddy Woulfe was called into defensive action when he cleared the ball off the line from one of those corners.

With eight minutes left on the clock Manor Rangers had one last chance to draw level. Anthony McDonald did brilliantly as he advanced from his full-back position and then picked out Seamus Ryder.

The imposing forward showed excellent footwork but once more he found St Michael's goalkeeper Adrian Walsh to be in top form as he made a fine save and that was ultimately enough to ensure the Tipperary town side advance to the last 32 of the FAI Junior Cup. 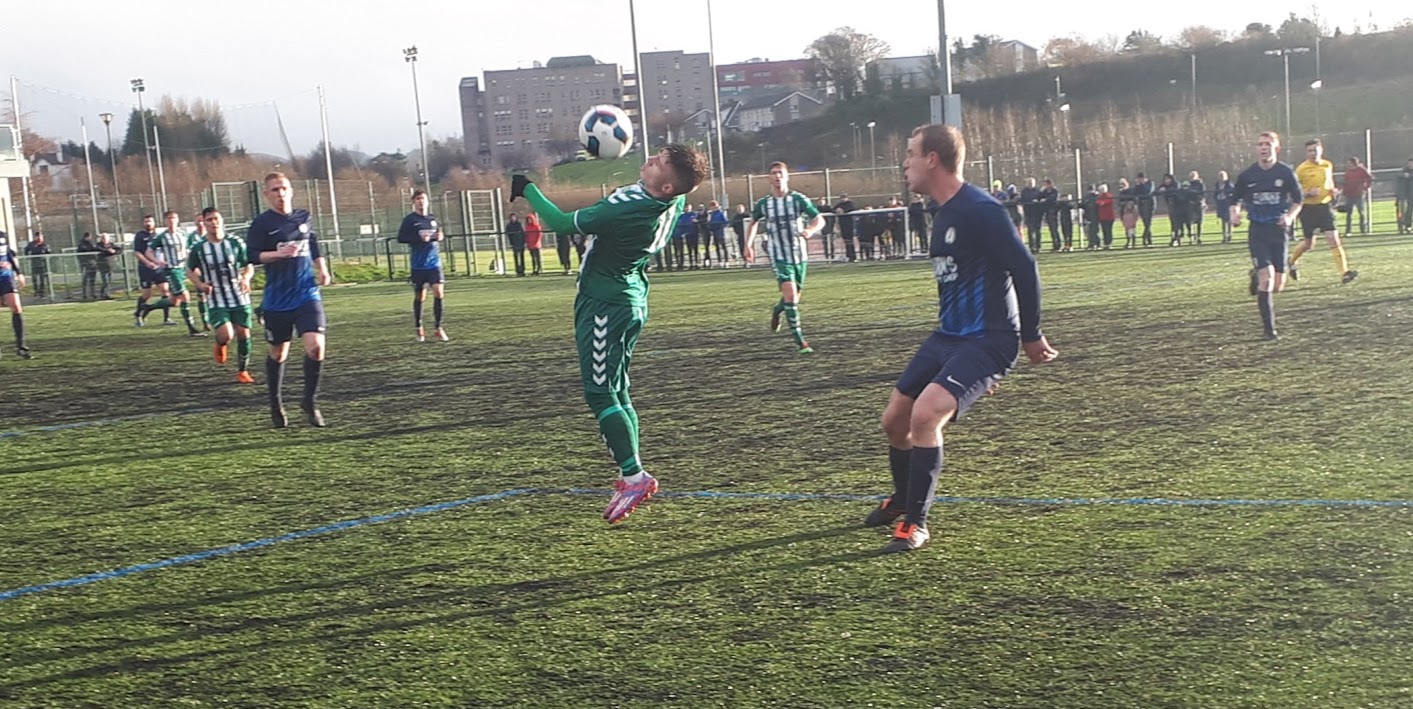 Anthony McDonald, Alan Hickey and Thomas McDonald led by example throughout while goalkeeper Paul Scanlon made a number of fine saves but the standout performances came from the St Michael's players. Jimmy Carr and Shane Ryan both shone brightly with William Armshaw arguably the pick of the bunch. 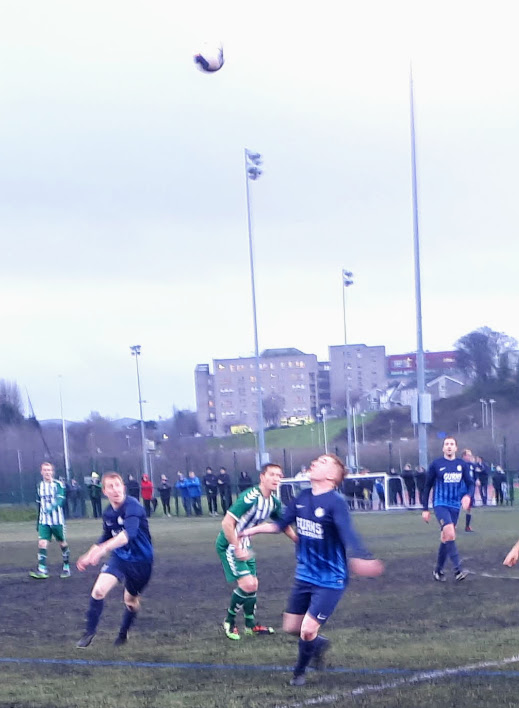 Although St Michael's were undeniably the better team their failure to score a third goal meant Manor Rangers were in contention right until the final whistle. 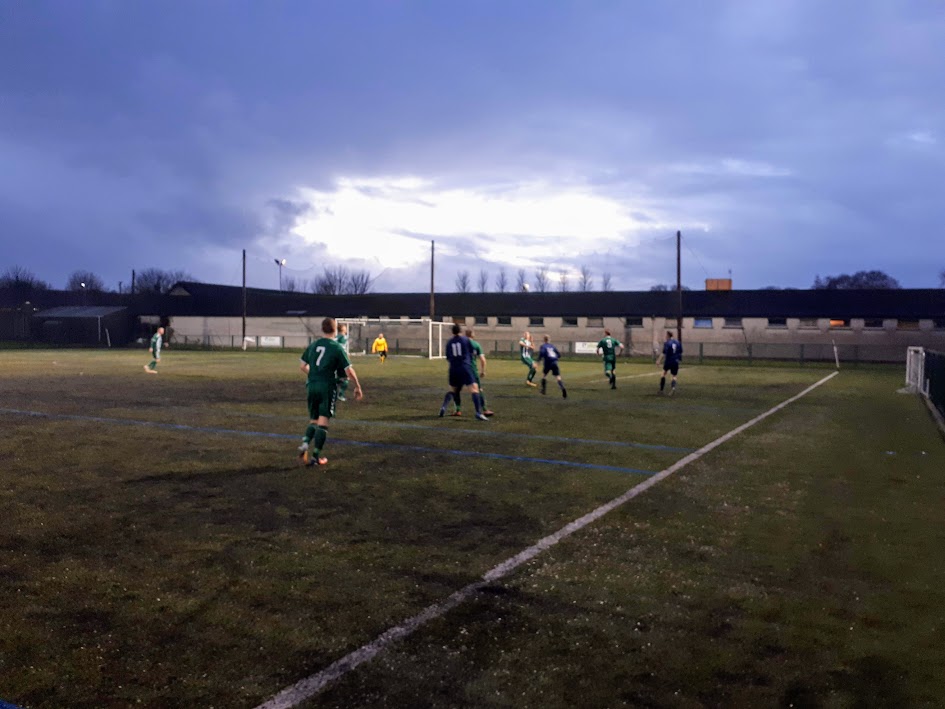 It could be argued the game turned decisively when the decision was made to move the game to Sligo but to their credit Manor battled bravely throughout. 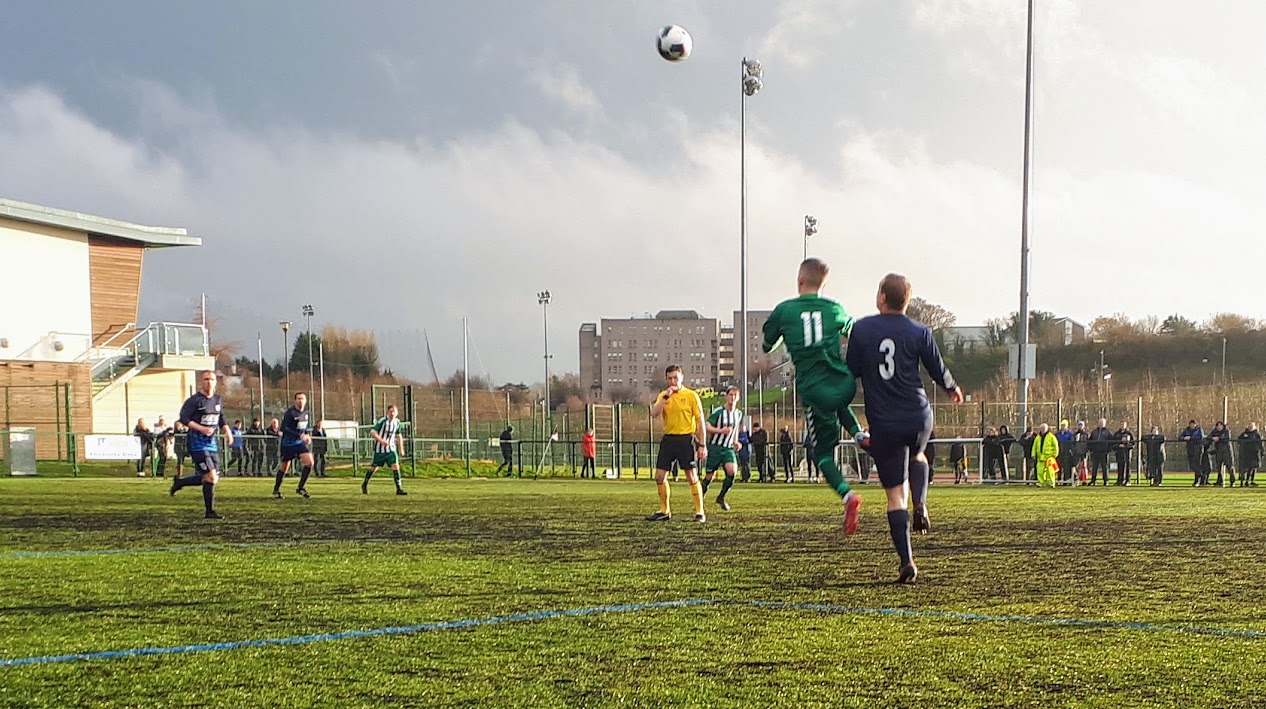 The toughest decision for Paul Kilcoyne to make was declaring the Bee Park unplayable following the torrential rain that fell on Sunday morning. When the game got underway on the astro turf pitch in IT Sligo he kept on top of matters although Manor goalkeeper Paul Scanlon was perhaps fortunate not to concede a first half penalty. 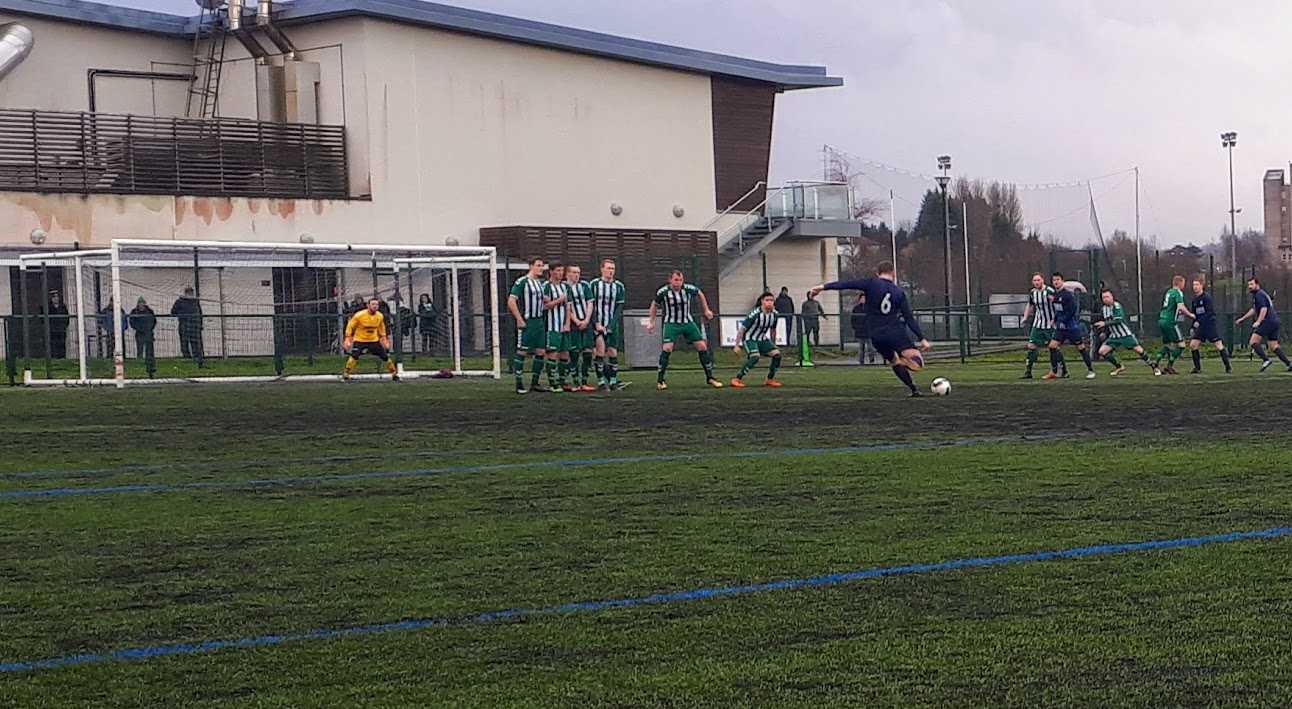 Aaron Hickey's goal on the half hour mark ultimately proved to be little more than a consolation but it was a strike worthy of gracing any encounter. When the ball broke to him on the edge of the box after a corner was only half-cleared he executed a half volley that arrowed into the St Michael's goal. 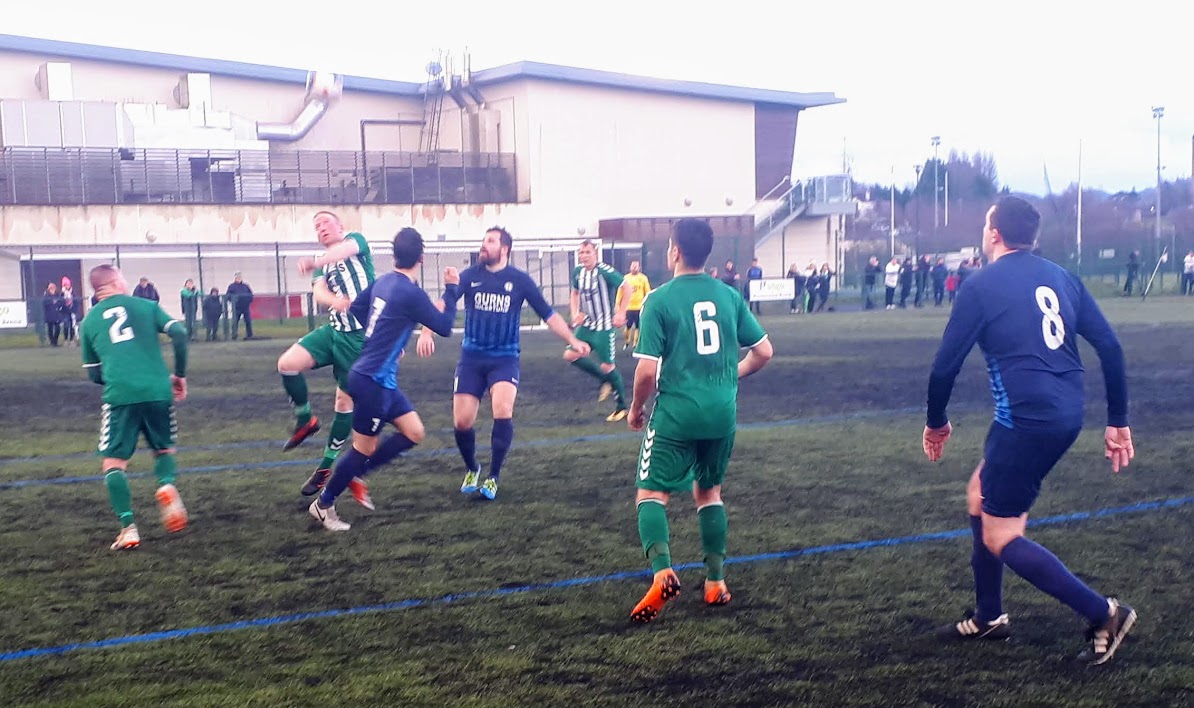 The decision to move the game from Manorhamilton's Bee Park to IT Sligo less than a hour before the scheduled kick off took away significantly from the type of cup atmosphere that could have been provided. The 50 or so St Michael's supporters braved the elements while a similar amount made the journey from Manorhamilton. Understandably many more opted for the comfort of a warm fire on what was a miserable afternoon. 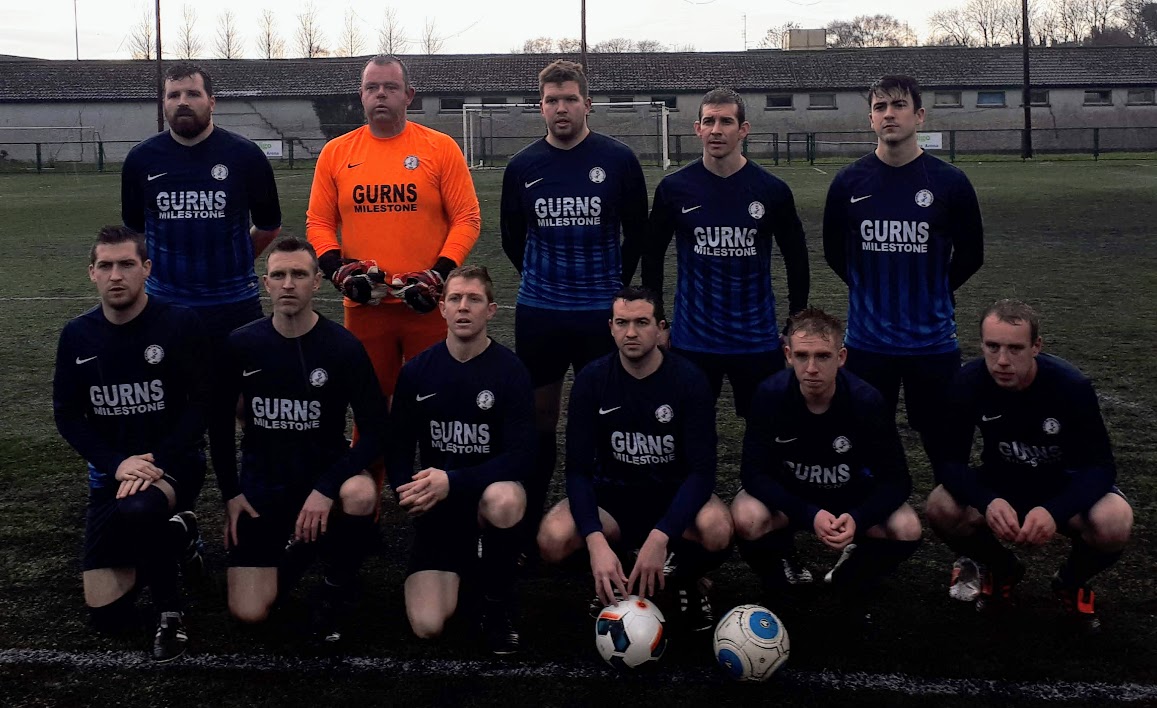 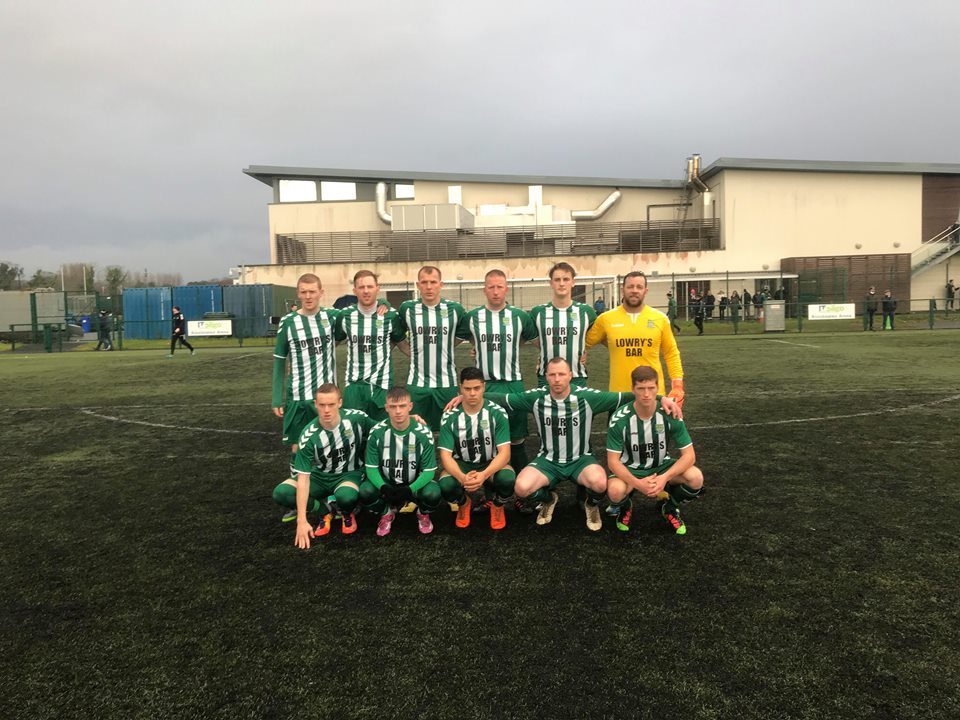