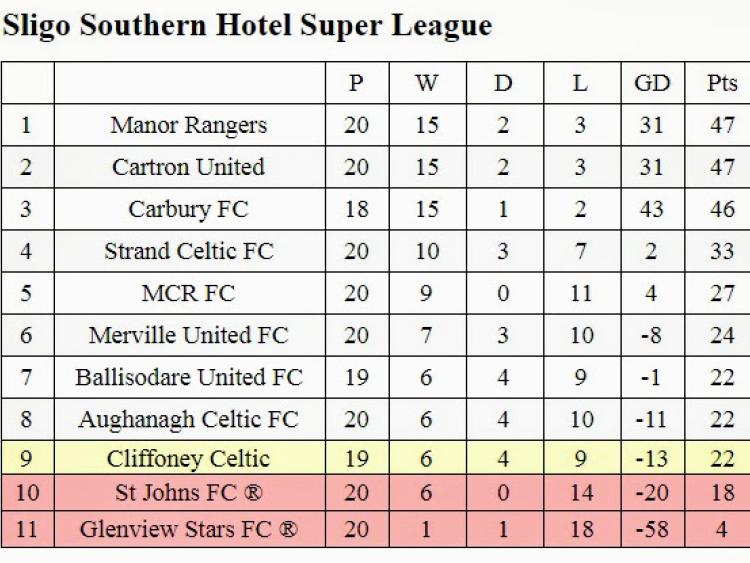 Cartron's draw means they are level with Manor Rangers on 47 points and level on goal difference of plus 31 goals each. It means that should defending champions Carbury fail to win, or even get a draw, in either of their remaining games, the FAInet system will determine who wins the title.

Cartron blew their chances of a clear runners up spot when they drew 1-1 with Ballisodare Utd, the draw enough to lift Ballisodare out of the relegation places at the bottom of the table. Darragh Healy blasted Ballisodare United into the lead on 25 minutes and this goal rocked Cartron United.

Ballisodare stayed in front until the 56th minute when Cartron were awarded a penalty kick that Enda McGowan rifled home the equaliser. Both teams went for the win but Ballisodare never looked like conceding so the initiative now lies with defending champions Carbury.

Carbury, who lie one point behind Manor Rangers and Cartron, have games against away to Cliffoney Celtic next Sunday, August 16, and away to Ballisodare next Wednesday, August 19, in their campaign to wrap up the league.