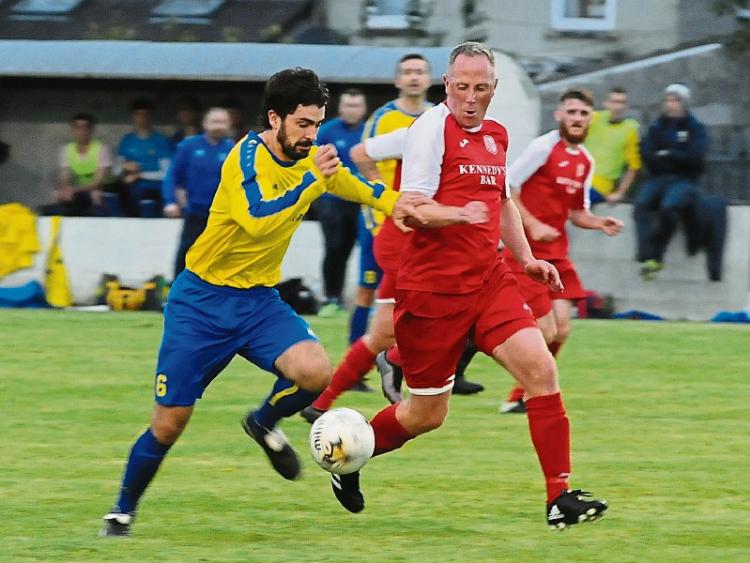 It’s fair to say that Robbie Cunningham has become used to scoring goals but the two he scored for Manorhamilton Rangers last Saturday in the Glasshouse Hotel Cup led to the added bonus of his first ever trophy with the club.

Cunningham, who finished joint top scorer in the Sligo Southern Hotel League, added two goals to his tally for the season against Cartron United in Ray Mac Sharry Park but for the Manor Rangers striker, it was the fact that he got his hands on silverware that meant so much.

“It was a brilliant win and I was delighted to get those two goals today and help the team but believe it or not, it was actually my first trophy for Manor Rangers so it makes it that little bit more special,” Robbie told the Observer.

But the striker also downplayed his role in the victory, hailing the work of his teammates in all sectors of the field: “Thankfully I’ve got a nice few goals this year in the League and they’ve just seemed to have fallen for me, the ball falls to me in nice positions and I’ve been putting them away thank God.

“Credit to the boys in defence and Shango as well - we get the credit for scoring goals but those fellows don’t get enough credit, they were brilliant. The win is the most important thing.”

The 5-1 scoreline might suggest an easy victory for the north Leitrim men but Robbie pointed out that the game was much tighter and much tougher than the scoreline would suggest: “Definitely a tougher game than the scoreline suggests, it was 3-1 for a long time there in the second half and balls were cleared off the line.

“Puddy (Thomas McDonald) had a brilliant game I thought, Ciaran McLoughlin too, all the boys at the back, Shango was excellent again.”

The Cup Final victory caps off a remarkable season where Manorhamilton finished second in the League and Robbie admitted that the disappointment of not winning the League pushed him and his teammates on against Cartron.

“We had a brilliant season with second in the Super League and that trophy tonight. Second in the League was hard to take, we could have won the League if a few things had gone our way but tonight is the cherry on top.

“It was tough to come back after losing the League but when you are in a final, the focus is always on the final. We knew coming in here today that if we played the way we could, we would win it and thank God we did.”