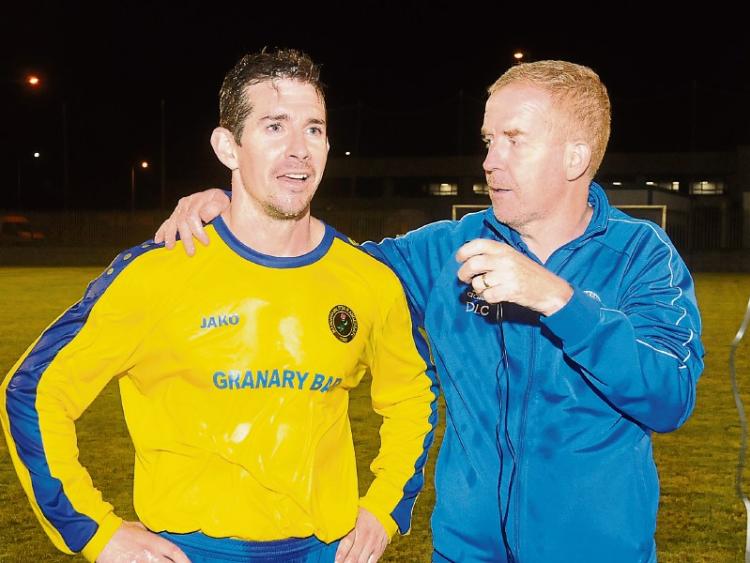 After the disappointment of missing out on League glory, there was no denying Manorhamilton Rangers last Saturday night in the Glasshouse Hotel Cup, their 5-1 victory over Cartron United ensuring they finished the year with some silverware, writes John Connolly.

Player manager Thomas McDonald was understandably a happy man after his team’s tour de force in Saturday’s Final: “5-1 - what can I say? its a great way to finish the season. We knew it was going to be a battle, we prepared for a battle and we finished strong in the end.

“We finished the season really strong here tonight with a win and it is brilliant.”

“After the League finished, we gave everyone a week’s rest, got boys in at physio and got everybody available tonight and you can see the difference when we have everyone out.”

The strength in depth of the squad was tested early with an injury to Thomas’ brother Anthony but Manor rolled on regardless: “Aaron Hickey came in and slotted into right back and you wouldn’t think he was coming off the bench at all. That’s the difficulties I have picking a team when you have lads coming on like that.”

Paul Scanlon and Robbie Cunningham were stars on the night: “Shango is always a big player for us, he made one or two really good saves for us. I don’t know what to say about Robbie, he is top goalscorer for us and joint top in the League.

“He got another two tonight, he is a very dangerous striker/winger and he will get you goals.”

With no fans allowed into the final, Thomas was sure that the team, the club and their supporters would celebrate the victory in style.

“It was disappointing when the restrictions came in and the fans couldn’t come in. We had our allocation of tickets sold, Cartron had sold theirs so there would have been the 200. It was difficult with no atmosphere but we had one goal, to bring that Cup home tonight.

“Everyone stuck to the plan and we can bring that Cup around the town and the fans can see it then. We’ll definitely enjoy this and celebrate it. But there’ll definitely be some good celebrations tonight.”